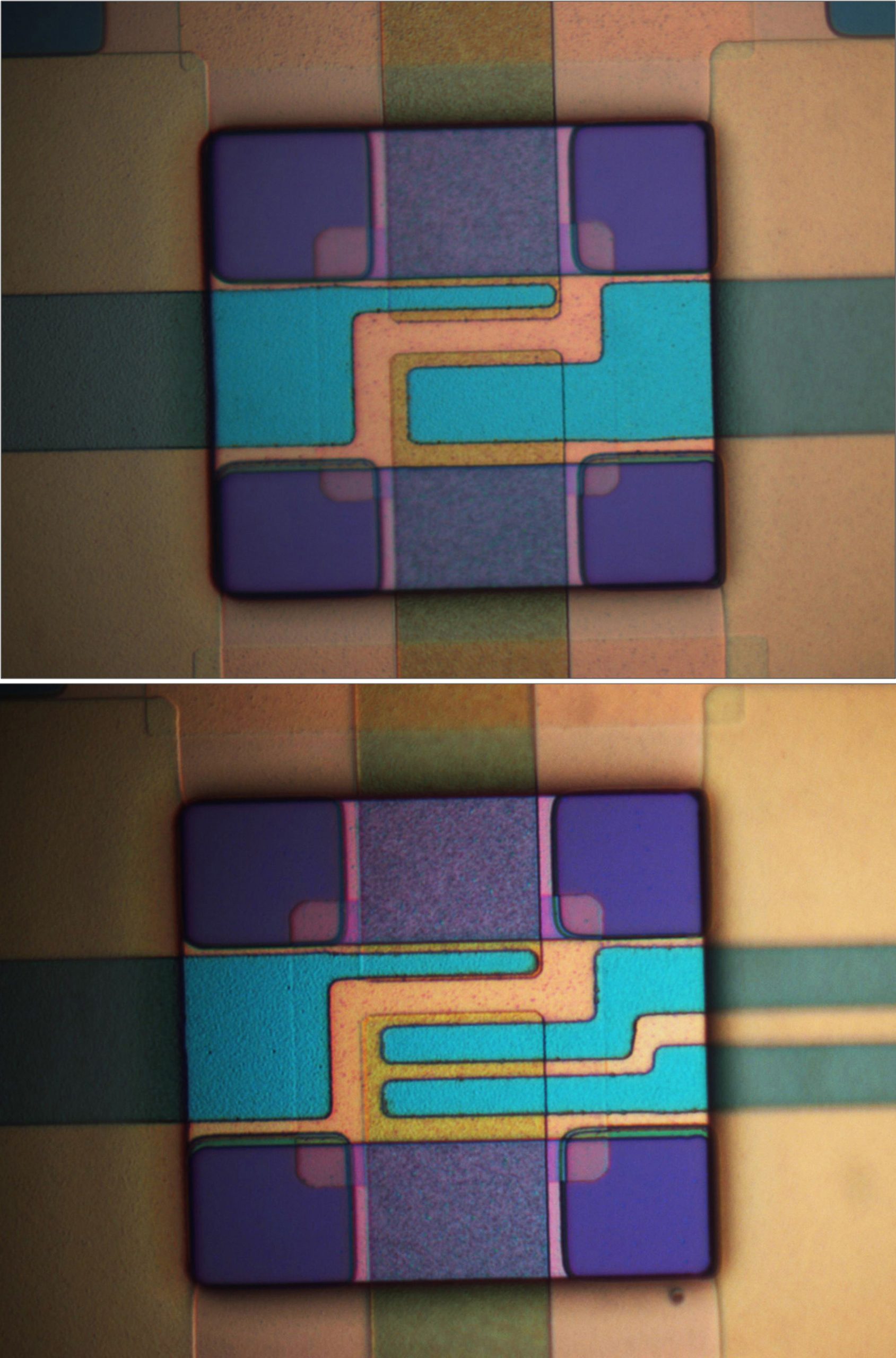 June 12, 2012 – University of Utah engineers designed microscopic mechanical devices that withstand intense radiation and heat, so they can be used in circuits for robots and computers exposed to radiation in space, damaged nuclear power plants or nuclear attack.

The researchers showed the devices kept working despite intense ionizing radiation and heat by dipping them for two hours into the core of the University of Utah’s research reactor. They also built simple circuits with the devices.

Ionizing radiation can quickly fry electronic circuits, so heavy shielding must be used on robots such as those sent to help contain the meltdowns at the Fukushima Daiichi nuclear power plant after Japan’s catastrophic 2011 earthquake and tsunami.

“Robots were sent to control the troubled reactors, and they ceased to operate after a few hours because their electronics failed,” says Massood Tabib-Azar, a professor of electrical and computer engineering at the University of Utah and the Utah Science Technology and Research initiative.

The new devices are “logic gates” that perform logical operations such as “and” or “not” and are a type of device known as MEMS or micro-electro-mechanical systems. Each gate takes the place of six to 14 switches made of conventional silicon electronics.

Development of the new logic gates and their use to build circuits such as adders and multiplexers is reported in a study set for online publication this month in the journal Sensors and Actuators. The research was conducted by Tabib-Azar, University of Utah electrical engineering doctoral student Faisal Chowdhury and computer engineer Daniel Saab at Case Western Reserve University in Cleveland.

Tabib-Azar says that if he can obtain more research funding, “then the next stage would be to build a little computer” using the logic gates and circuits.

The study was funded by the Defense Advanced Research Projects Agency.

“Its premier goal is to keep us ready,” says Tabib-Azar. “If there is a nuclear event, we need to be able to have control systems, say for radars, to be working to protect the nation. There are lots of defense applications both in peacetime and wartime that require computers that can operate in the presence of ionizing radiation.”

In April, the Defense Advanced Research Projects Agency issued a call for the development of robots to deal with stricken nuclear reactors to reduce human exposure to deadly radiation. In May, NASA said it was seeking proposals for new shields or materials able to resist radiation in space. Circuits built with the new devices also could resist intense heat in engines to monitor performance, Tabib-Azar says.

Current radiation-resistant technologies fall into two categories: conventional complementary silicon-oxide semiconductor electronics shielded with lead or other metals, and the use of different materials that inherently resist radiation.

“Electronic materials and devices by their nature require a semiconducting channel to carry current, and the channel is controlled by charges,” Tabib-Azar says. Radiation creates current inside the semiconductor channel, and “that disrupts the ability of the normal circuitry to control the current, so the signal gets lost.”

He says the MEMS logic gates are not degraded by ionizing radiation because they lack semiconducting channels. Instead, electrical charges make electrodes move to touch each other, thus acting like a switch.

MEMS have their drawbacks, which Tabib-Azar believes is why no one until now has thought to use them for radiation-resistant circuits. Silicon electronics are 1,000 times faster, much smaller, and more reliable because they have no moving parts.

But by having one MEMS device act as a logic gate, instead of using separate MEMS switches, the number of devices needed for a computer is reduced by a factor of 10 and the reliability and speed increases, Tabib-Azar says.

Also, “mechanical switches usually require large voltages for them to turn on,” Tabib-Azar says. “What we have done is come up with a technique to form very narrow gaps between the bridges in the logic gates, and that allows us to activate these devices with very small voltages, namely 1.5 volts” versus 10 or 20 volts. Unlike conventional electronics, which get hot during use, the logic gates leak much less current and run cooler, so they would last longer if battery-operated.

Design and Reactor Testing of the Logic Gates

Each logic gate measures about 25-by-25 microns, or millionths of a meter, “so you could put four of these on the cross section of a human hair,” says Tabib-Azar. Each gate is only a half-micron thick.

The logic gates each have two “bridges,” which look somewhat like two tiny microscope slides crossing each other to form a tic-tac-toe pattern, with tungsten electrodes in the center square. Each bridge is made of a glass-like silicon nitride insulator with polysilicon under it to give rigidity. The insulator is etched and covered by metallic strips of tungsten that serve as electrodes.

“When you charge them, they attract each other and they move and contact each other. Then current flows,” says Tabib-Azar.

The devices were placed on a hot plate in a vacuum chamber and heated to 277 degrees Fahrenheit for an hour.

Three times, the researchers lowered the devices for two hours into the core of the university’s 90-kilowatt TRIGA research reactor, with wires extending to the control room so the researchers could monitor their operation. The logic gates did not fail.

The researchers also tested the logic gates outside the reactor and oven, running them for some two months and more than a billion cycles without failure. But to be useful, Tabib-Azar wants to improve that reliability a millionfold.

For the study, Tabib-Azar and colleagues built two kinds of logic gate, each with two inputs (0 or 1) and thus four possible combinations of inputs (0-0, 0-1, 1-0, 1-1). The input and output are electrical voltages:

“In a sense, you can say these are switches with multiple outcomes,” rather than just off-on (0-1), says Tabib-Azar. “But instead of using six [silicon] switches separately, you have one structure that gives you the same logic functionality.”

“To analyze this using silicon computers,” Tabib-Azar says, “you need a bunch of on-off switches that have to turn on or off in a particular sequence to give you the output, whether you go to dinner or not. But just a single one of these [MEMS logic gate] devices can be designed to perform this computation for you.”