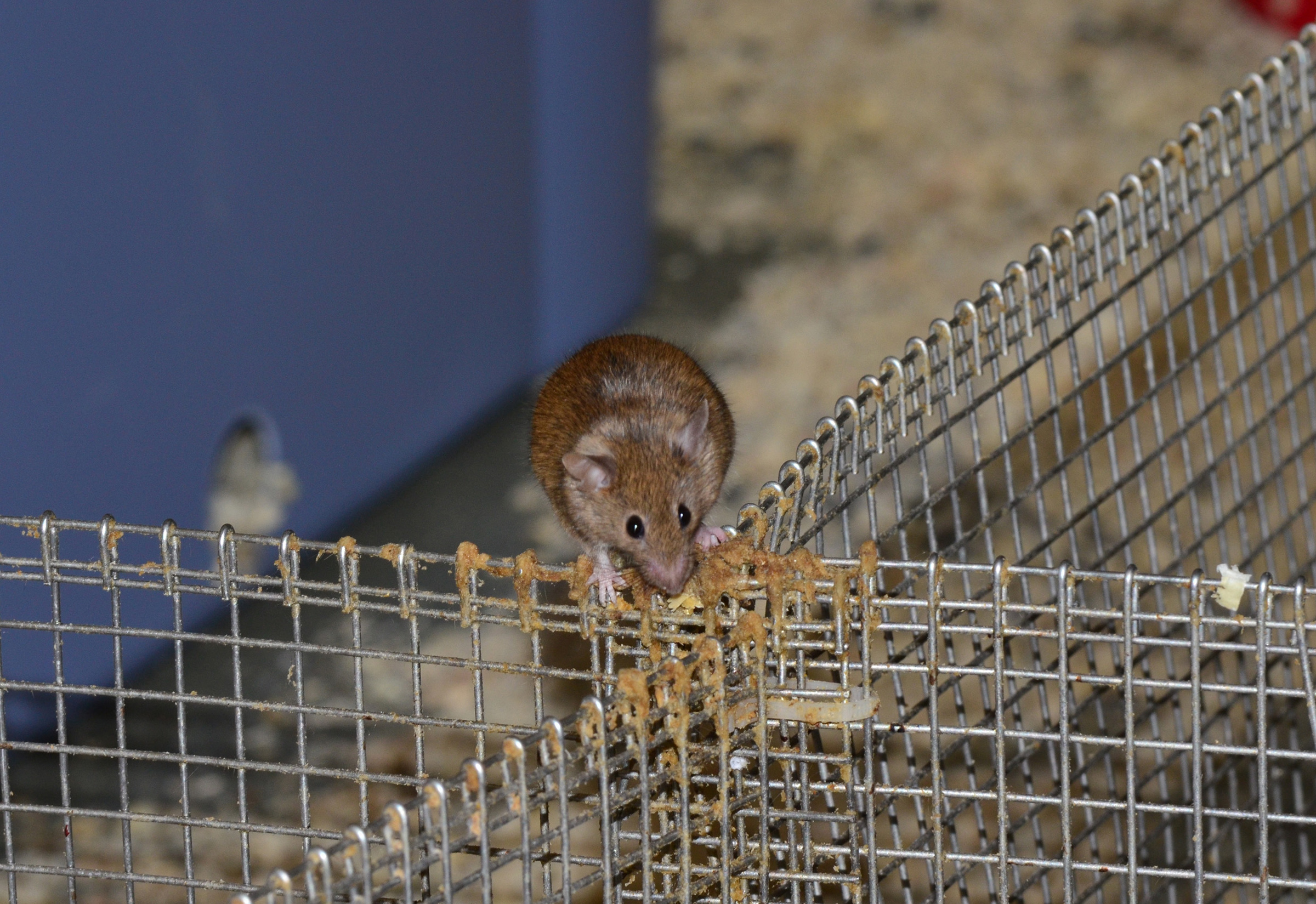 Nov. 18, 2013 – University of Utah biologists found that when mother mice compete socially for mates in a promiscuous environment, their sons play hard and die young: They attract more females by making more urinary pheromones, but smelling sexier shortens their lives.

“If your sons are particularly sexy, and mate more than they would otherwise, it’s helping get your genes more efficiently into the next generation,” says biology professor Wayne Potts, senior author of the new study.

“Only recently have we started to understand that environmental conditions experienced by parents can influence the characteristics of their offspring. This study is one of the first to show this kind of ‘epigenetic’ process working in a way that increases the mating success of sons.”

Yet the male mice that produced more pheromone had shorter lifespans in another recent study by Potts and Nelson. Only 48 percent of them lived to the end of the experiment, compared with 80 percent of the male mice whose parents lived monogamously in cages. That’s likely because it takes so much energy to produce the sex attractants, which are secreted in urine and from certain glands.

“Production of pheromones is outrageously expensive,” Potts says. “A single mouse’s investment in pheromone production compares with the investment that 10 male peacocks make in the production of their tails, which also are used to attract females.”

Female mice prefer scent marks saturated with pheromones produced in mouse urine and other glands, and they mate more often with males who produce such marks. Previous research found that male mice with promiscuous parents actually produce about one-third more progeny than sons of monogamous parents.

The new study illustrates that a mouse’s health, lifespan and ability to attract mates depend not only on their parents’ genes, but on epigenetics – how parents’ environment modifies their offspring’s genes to influence how much protein is produced.

“Pheromones are the language of mice,” says the study’s first author, former University of Utah doctoral student Adam C. Nelson. “When females mate in a socially competitive environment, they program their sons to have a head start by producing more pheromones.”

The findings may help programs to breed endangered species in captivity. A more natural way of confining such animals – in social groups rather than lone pairs of mates – may increase their ability to reproduce when later released into the wild.

What does it mean for people? The impacts of social environments on human pheromone output and other traits haven’t been studied. “Researchers just have started to scratch the surface of discovering traits that are influenced by parental experience,” Potts says. “It is difficult to predict which and how many traits will be involved.”

The study was funded by the National Science Foundation and the National Institutes of Health. Potts and Nelson, who is now a postdoctoral fellow at Harvard University, conducted the study with four University of Utah co-authors: oncology professor Bradley Cairns and former doctoral student Andrew Oler at the Huntsman Cancer Institute, and undergraduates Joseph Cauceglia and Seth Merkley. Other co-authors were Neil Youngson at the University of New South Wales in Sydney, Randy Nelson at Ohio State University and Emma Whitelaw of La Trobe University in Melbourne, Australia.

Domesticated mice usually breed monogamously because they are caged only with one mate. “In nature, mice must seek out and choose their own mates – a process that is eliminated in standard lab breeding conditions,” says Nelson, who performed the study for his doctoral thesis at the University of Utah.

Seminatural lab enclosures – mouse barns where many mice live together – reintroduce mice to social competition, allowing them access to many mates. “Social mice are like barn mice, which build up huge populations when food is in abundance,” says Potts. “Domesticated mice are more like field mice, scraping a living out of small seeds, and hardly coming in contact with other individuals.”

Mice in the study descended from wild mice and were raised for 10 generations in domesticated conditions: in cages with assigned mates. Twenty-three male-female pairs were designated as nonsocial, monogamous mice and remained in those cages. Twenty males and 40 females assigned to social, promiscuous conditions were placed in mouse barns, where they competed for territories and mates.

Regardless of the dad’s original environment (promiscuous or monogamous), sons of moms from a promiscuous, social environment produced more pheromones than sons of monogamous, domesticated moms. That highlights the mom’s interest in passing her genes to the next generation.

“Sons are primed to respond to conditions that their moms experienced – such as exposure to multiple potential mates,” Potts says.

Unlike mother mice, the fathers from a promiscuous, socially competitive environment had a surprising negative influence on their sons’ sexual attractiveness.

“Fathers are competing with their sons and usually drive them out of the territory quickly, while they let daughters stay,” says Potts. “If you’re worried about your sons impinging on your own reproductive success, then why make them sexy?”

Inheritance beyond the Genetic Code

The impact of mom’s social life on her sons’ pheromone levels, which is independent of her genetic code, is an example of epigenetic inheritance – the influence of parents’ environment on how their offspring’s genes are activated or “expressed,” meaning how much protein is produced under the genes’ commands.

Thus, environmental challenges faced by parents can affect their offspring’s well-being for better or worse – in this study, increased or reduced pheromone output – by influencing the production of proteins needed for survival and reproduction.

An example of epigenetic inheritance gone awry has been suggested when a famine affecting parents leaves their offspring with a greater propensity to store calories – a trait that is good during famine but may lead to obesity when food is plentiful.

On the molecular level, epigenetic changes involve modifying genes, rather than mutating them. A common chemical modification of genes is called methylation, a change that reduces a gene’s production of a protein.

In the new study, Nelson and co-authors looked at a pheromone gene named Mup11. They found that methylation of the gene was twice as high in sons of monogamous, domesticated mice than it was in sons of promiscuous, social mice. So the sons of the promiscuous mice were able to produce more pheromone.

Understanding the role of social environment on inheritance may improve the success of captive-breeding programs.  When reintroduced to the wild, captive animals are often ill-equipped to compete with wild animals for mates and other resources.

Recreating social networks in captivity, as was done in the new study, may help prepare captive animals for life in the wild. Nelson says pheromone levels in social lab mice approach those of wild mice, which increases their reproductive success.