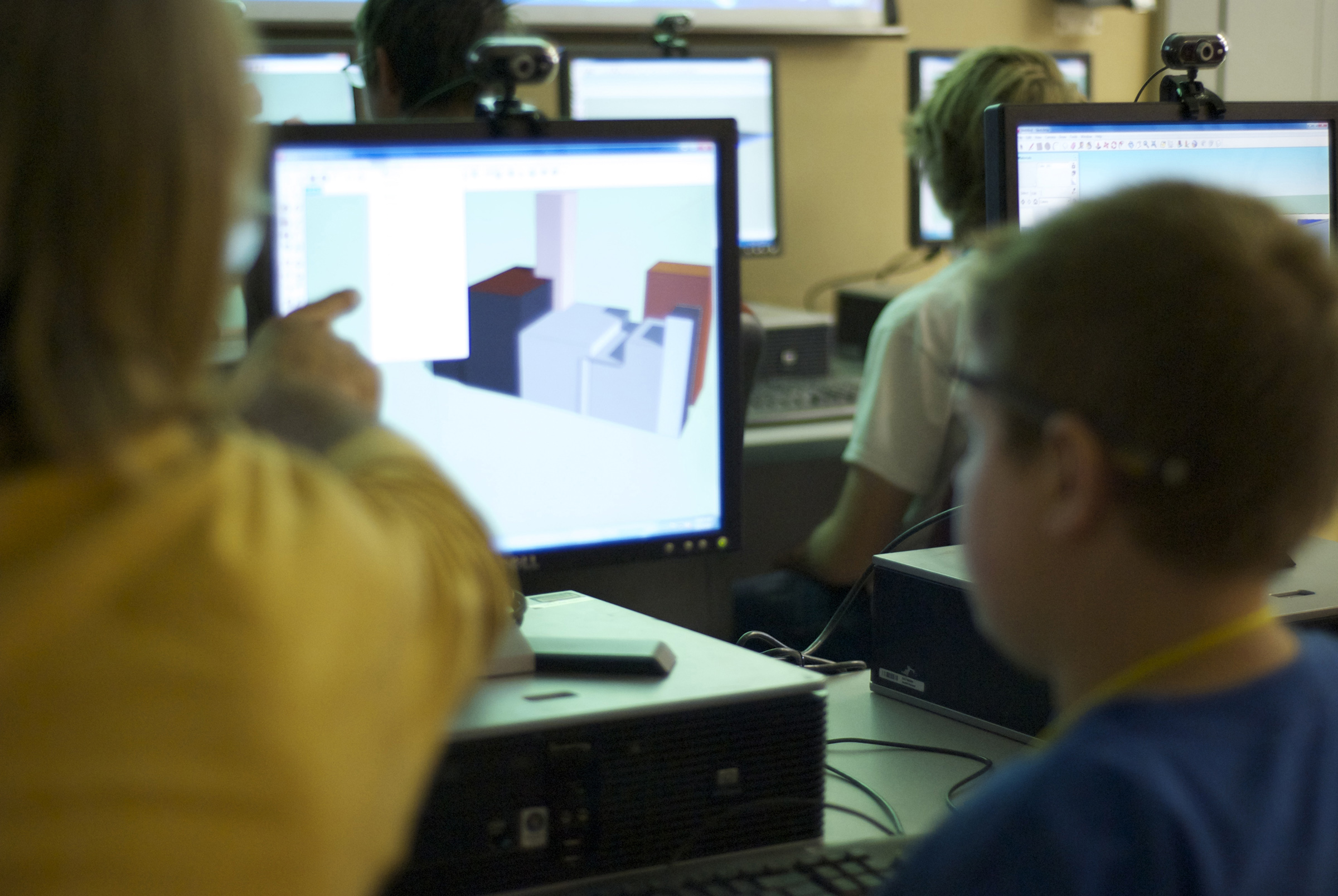 July 8, 2014 – University of Utah startup NeuroVersity and the Columbus Community Center, which provides support services for people with disabilities, launched a new pilot project to help address the increasing numbers of individuals with autism spectrum disorder.  Autism spectrum disorder is a developmental disability that affects an estimated 1 in 54 children in Utah and 1 in 68 in the nation, according to the latest report from the Centers for Disease Control and Prevention.

“We have teamed up with the Columbus Community Center to bring a great learning opportunity to the most underemployed group with disabilities in the U.S.,” said Scott Wright, a professor of nursing, who co-founded NeuroVersity with Cheryl Wright, a professor of family and consumer studies. “Our company helps transition-aged students with autism turn their strengths into highly sought-after abilities and technical skills. Columbus is helping us take our efforts to the next level and reach even more people.”

NeuroVersity helps students on the spectrum tap into the natural strength many of them have for detailed projects and visual, spatial reasoning by teaching them how to use the 3-D modeling software SketchUp Make. Through this training, they start developing valuable professional skills that are increasingly in demand while also developing social interaction skills needed to hold a job. Autism is considered the fastest growing developmental disability with a growth rate of 1,148 percent, according to the Autism Society. Matching these students with training and employment opportunities is increasingly urgent.

The partnership with Columbus Community Center will bring this learning opportunity to high school students in the Salt Lake City area. During the two-week pilot project, running through July 15, students will learn the software and work on real projects for local construction companies by converting 2-D drawings into 3-D models. If successful, NeuroVersity and the Columbus Community Center hope to expand the program to provide ongoing training to students on the autism spectrum.

“Since 1968, Columbus has been successful in partnering with employers to find meaningful employment for individuals with disabilities. In light of the significant increases of those with autism, we continue to expand our programs to respond to community need,” said Gary Knapp, executive director of the Columbus Community Center. “We hope to become a leader at empowering this group through our new partnership with the University of Utah.”

NeuroVersity and the Columbus Community Center want to encourage these students to pursue the growing number of technology jobs that require intense attention to detail and long hours on a single project. Professions like software programing and computer drafting can be a good match for some people on the autism spectrum. “We hope to be training the next generation of potential employees for technology and design companies like Trimble, Google, Apple and Microsoft,” Cheryl Wright said. “While students on the autism spectrum may have some social challenges, many of them have the potential to be expert software testers, programmers and technicians.”

NeuroVersity has steadily made progress developing and testing their curriculum since launching the company in 2013 with help from graduate students at the U’s Lassonde Entrepreneur Institute, a division of the David Eccles School of Business that continues to support the project.

The researchers behind the company have already conducted pilot programs in Oregon, Florida and Colorado. They have also received substantial financial support including a new $40,000 grant from the Utah Governor’s Office of Economic Development. Other funding has come from the Utah Autism Foundation, University of Utah, McCarthy Family Foundation, Autism Speaks, Autism Council of Utah, Google and Trimble, Inc.

NeuroVersity will also be presenting in Salt Lake City at a “The Bottom Line of Disabilities,” symposium hosted by the Columbus Community Center, 3495 S. West Temple, starting at 8 a.m. on July 14. NeuroVersity will be joined by many guest speakers, including Thorkil Sonne from Denmark, a leading activist and entrepreneur helping people on the autism spectrum develop talents to find jobs in technical fields. The event is open to the public by registering here.