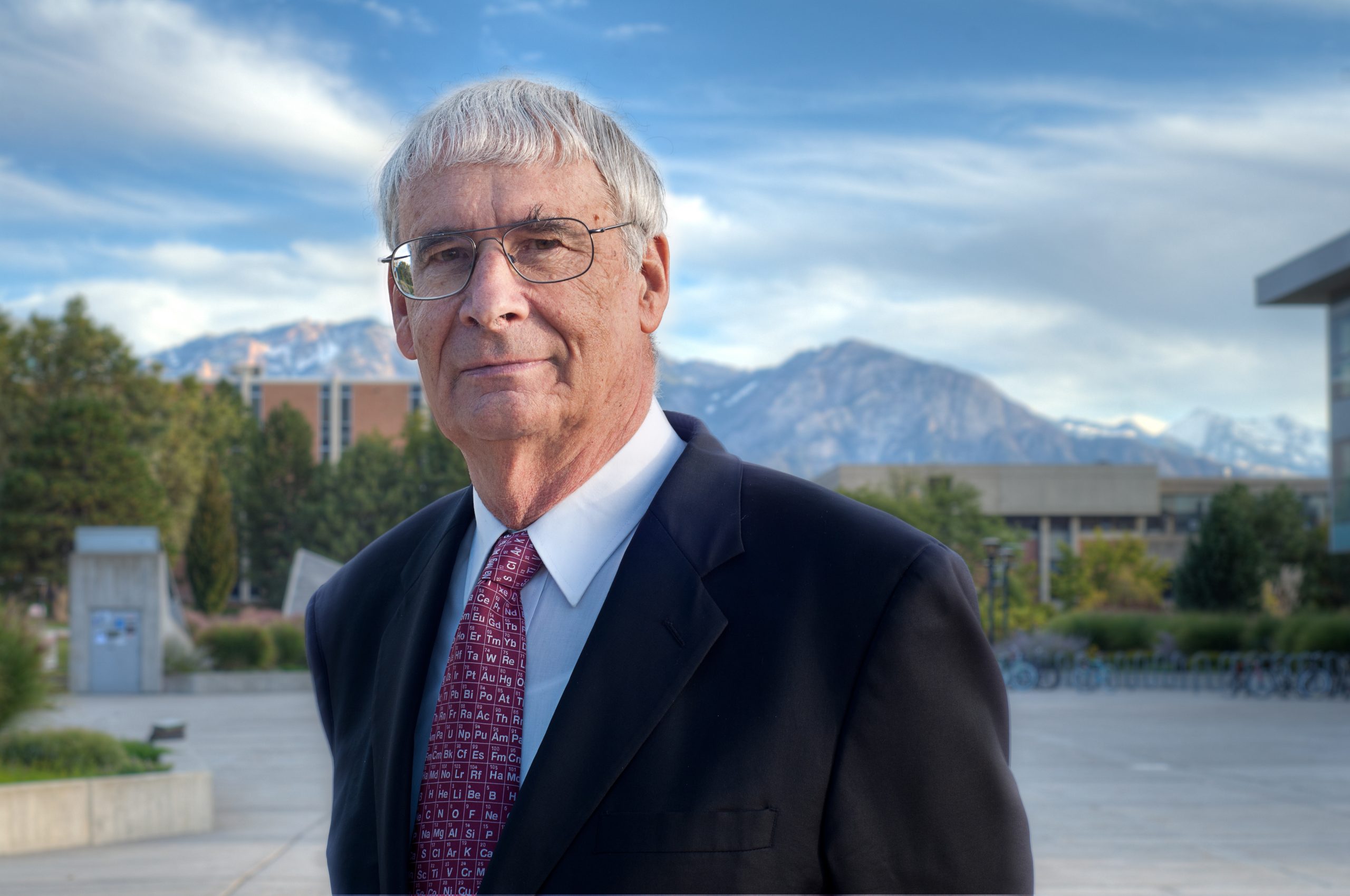 Sept. 27, 2011 – University of Utah organic chemist Peter J. Stang has won a National Medal of Science – the highest U.S. honor for a scientist or engineer – and is tentatively scheduled to be honored by President Barack Obama at the White House later this year.

“I am very humbled, honored and pleased,” said Stang, 69, a distinguished professor of chemistry and former dean of the University of Utah College of Science. “To date, I have had approximately 100 postdoctoral students and Ph.D. students whom I mentored, and this recognizes their work too.”

Stang – whose family fled the 1956 Soviet invasion of Hungary when he was a teenager – was among seven scientists newly honored with the Medal of Science and five inventors honored with a National Medal in Technology and Innovation. The medals were announced this morning by the White House.

Stang was cited by the White House “for his creative contributions to the development of organic supramolecular chemistry and for his outstanding and unique record of public service.”

President Obama said: “Each of these extraordinary scientists, engineers and inventors is guided by a passion for innovation, a fearlessness even as they explore the very frontiers of human knowledge, and a desire to make the world a better place. Their ingenuity inspires us all to reach higher and try harder, no matter how difficult the challenges we face.”

Stang brings to at least four the number of researchers affiliated with the University of Utah to win the medal or a related honor:

“The National Medal of Science represents a pinnacle of accomplishment for American scientists,” said Lorris Betz, interim president of the University of Utah. “It reflects Professor Stang’s high level of achievement during his entire career.”

Stang was informed last week he would win the medal. John Holdren, the White House science adviser, told him the medal is “the highest honor bestowed by the United States government on scientists and engineers.”

Stang has pioneered new methods in a field called “supramolecular chemistry” for the self-assembly of molecules – large molecules that mimic nature and build themselves from a mixture of pre-designed chemical building blocks.

“It’s like a Lego set with individual building units,” Stang says. “You can make complicated structures and systems.”

These molecules, created through what chemists call “rational design,” have many uses, from new drug-delivery vehicles against cancer to substances with promise as modern catalysts to speed chemical reactions in petroleum refining.

The National Medal of Science is the latest in a long string of honors for Stang, who since 2002 has served as editor of the Journal of the American Chemical Society.

Earlier this year, he was ranked 69th on a list of the world’s top 100 chemists, based on scientific impact scores of their published work. The list, compiled by Times Higher Education in Britain, put him in the top 1 percent of the top 1 percent of all chemists worldwide.

In 2003, the American Chemical Society honored Stang with its George A. Olah Award in Hydrocarbon or Petroleum Chemistry, for work defining the three-dimensional chemistry of carbocations, which are intermediate products in the petroleum refining process. Such understanding helps petroleum companies tailor-make products ranging from high-octane gasoline to materials used to make plastics.

Stang’s mother was a German and his father a Hungarian, and the couple met in Paris. Stang was born in Nuremberg, Germany, but lived in Hungary through his first year in high school.

When Stang was 15, he, his parents and his two sisters fled Hungary in early 1957, just months after the Soviet Union sent tanks into the country to suppress the Hungarian uprising. The family moved to Chicago. He became a naturalized U.S. citizen in 1962.

Stang was fascinated by chemistry as a teenager. He earned his undergraduate degree from DePaul University in 1963 and his Ph.D. from the University of California, Berkeley, in 1966. He joined the University of Utah faculty in 1969 and became distinguished professor in 1992. He chaired the Department of Chemistry during 1989-1995, and served as dean of the College of Science from 1997 to 2007.