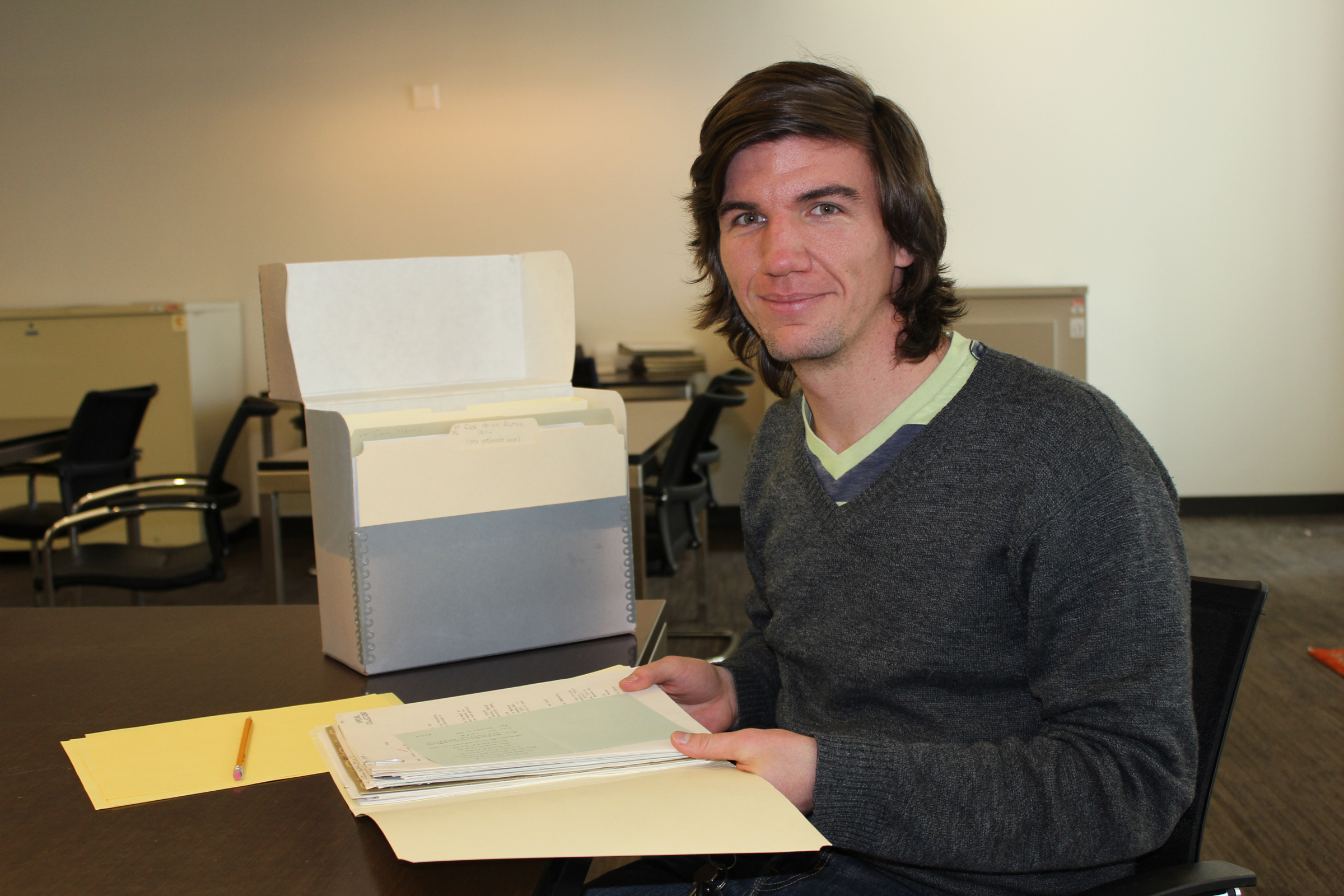 May 28, 2013 — The J. Willard Marriott Library at The University of Utah will be hosting an exhibition dedicated to the history of lesbian, gay, bisexual and transgender (LGBT) advocacy and support in Utah. Entitled “Putting Together the Pieces and Connecting Our Community: A LGBT Timeline for Utah and the Nation,” the exhibition will run through July 11, 2013.

The exhibition was curated by U of U psychology major Jace Fowles, who completed an internship in the library last semester. The internship was funded in part by the B.W. Bastian Foundation, a local foundation with a strong commitment to promoting equality for the LBGT community and HIV/AIDS programs.

“The aim of this exhibition is to pay tribute to the people, groups, organizations and anyone else who has dared to speak up in the name of equality,” explains Fowles. “From the Stonewall Society to the group of Mormons marching in the Salt Lake Pride parade, there have been many manifestations of bravery.”

Fowles pulled materials such as posters, photographs, ephemera and papers from the library’s Special Collections, which had been donated by organizations such as the Utah Stonewall Association, Utah Pride and the Royal Court of the Golden Spike Empire. Several issues of the The Pillar (1993-2007), the longest running LGBT publication in Salt Lake City, as well as ephemera such as buttons and mugs, are some examples of items that are featured.

“These materials illustrate the contributions that local advocacy organizations have made to the LGBT rights movement and provide important context for legal and social changes in Utah and throughout the United States,” says Lorelei Rutledge, research and information services librarian.

What: The exhibition, “Putting Together the Pieces and Connecting Our Community: A LGBT Timeline for Utah and the Nation”

Where: The University of Utah’s J. Willard Marriott Library, levels 1 & 2

ABOUT THE UNIVERSITY OF UTAH:
The University of Utah, located in Salt Lake City in the foothills of the Wasatch Range, is the flagship institution of higher learning in Utah. Founded in 1850, it serves more than 32,000 students from across the United States and the world. With more than 90 major subjects at the undergraduate level and more than 100 major fields of study at the graduate level, including law and medicine, the university prepares students to live and compete in the global workplace. Learn more about all the U has to offer online at http://www.utah.edu.