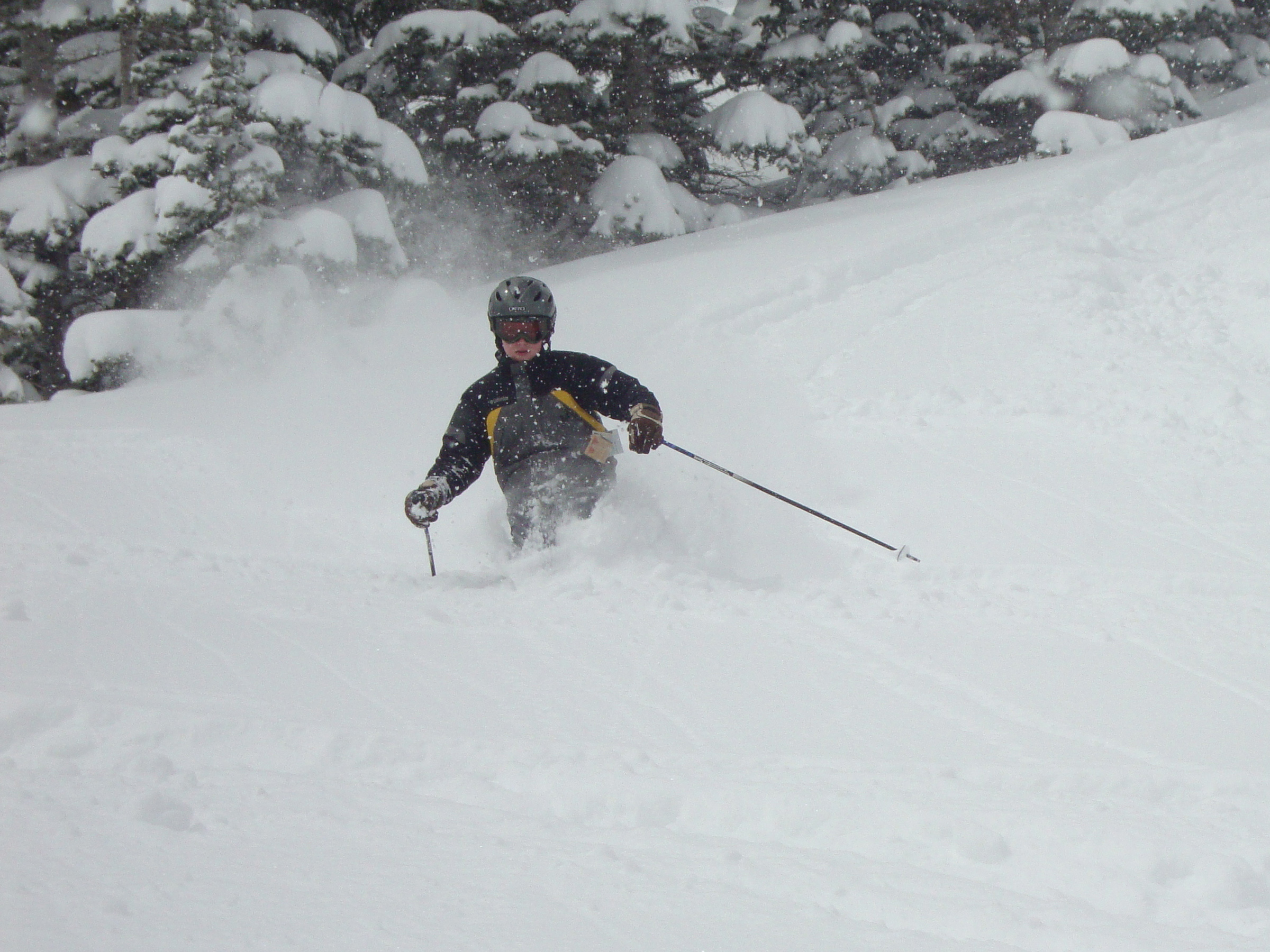 Feb. 19, 2013 – University of Utah researchers ran computer simulations to show that the snow-producing “lake effect” isn’t always enough to cause heavy snowfall, but that mountains or other surrounding topography sometimes are necessary too.

The study is relevant not only to forecasting lake-effect storms near the Great Salt Lake, Sea of Japan, Black Sea and other mountainous regions, but also sheds light on how even gentle topography near the Great Lakes helps enhance lake-effect snowstorms, says the study’s senior author, Jim Steenburgh, a professor of atmospheric sciences.

“It is going to help us with weather prediction – helping forecasters recognize that in some lake-effect events, the mountains or hills can play an important role in triggering lake-effect snow bands” over large bodies of water, Steenburgh says.

The research was funded by the National Science Foundation and the National Oceanic and Atmospheric Administration’s National Weather Service.

Lake-effect snow’s “negative impacts are in terms of snarling traffic and potentially closing schools,” Steenburgh says, “And then there is the positive benefit for Utah skiers, which is a deep powder day that boosts our winter sports economy.”

The lake effect occurs when a cold mass of air moves over a large body of warmer water, picking up moisture and heat to make the air mass rise and cool, ultimately dumping snow downwind. It already was known that lake-effect snowfall increases as the moist air rises over mountains. But the new study shows something new and different: mountains sometimes are essential to triggering the lake-effect over the lakes themselves.

“Most people recognize that mountains get more precipitation than lowlands because of moist air being lifted over the mountains,” Steenburgh says. “Everybody recognizes that it plays a role in lake-effect storms. What we’re showing here is a situation where the terrain is complicated – there are multiple mountain barriers, not just one, and they affect the air flow in a way that influences the development of the lake-effect storm over the lake and lowlands, rather than just over the mountains.”

“That may be one of the reasons we struggle” in forecasting lake-effect storms in Utah’s major cities, Steenburgh says.

How Mountains Can Contribute to the Lake Effect

The new study examined a moderate lake-effect snowstorm that hit metropolitan Salt Lake City and the Wasatch Range on Oct. 26-27, 2010. Some Salt Lake Valley cities had no snow, while others got up to 6 inches. The Alta Ski Area in the Wasatch Range got 13 inches of fresh snow, although it hadn’t yet opened for the season.

The researchers found three key mountain-related or “orographic” factors were necessary to produce the October 2010 lake-effect storm, and that in this storm, the lake-effect occurred only because of the interaction between the Great Salt Lake and surrounding mountains:

— Air moving over northern-northwestern Utah’s mountains warms and dries as it flows downslope to the south and southeast toward the Great Salt Lake. Without this warming and drying, the lake-effect from the Great Salt Lake would be even stronger, the study found. This warm, dry downslope flow is similar to what are known as Chinook winds on the east slope of the Rocky Mountains or foehn winds flowing off the Alps.

— The northern mountain ranges deflect the south- and southeast-flowing cold air masses so they converge over the Great Salt Lake. As the air picks up heat and moisture from the lake, it warms, making land breezes blow onto the lake from its western and eastern shores. The convergence of air from the north, east and west makes the air rise and cool, producing lake-effect snow bands over the lake.

— The Wasatch and Oquirrh ranges, which respectively form the east and west boundaries of the Salt Lake Valley, act as a big funnel, forcing air flowing south off the Great Salt Lake to move directly into the valley, further enhancing air convergence and snowfall.

Since 1998, the Great Salt Lake has helped generate from three to 20 lake-effect snowstorms each winter, most of them relatively small and affecting some areas but not others. The average is about a dozen lake-effect storms each winter, Steenburgh says. Lake-effect storms account for about 5 percent to 8 percent of the precipitation south and east of the Great Salt Lake from mid-September to mid-May.

“There is a rich spectrum of lake-effect snowstorms,” Steenburgh says. “Some cover a wide area with light snowfall. Some organize into more intense snow bands that produce heavier snow over a smaller area. Over the Great Salt Lake, 20 percent of our lake-effect events are these narrow intense bands.”

Alcott and Steenburgh used weather data and existing weather research software to construct a “control” computer simulation that closely mimicked the real 2010 storm by incorporating the effects of the Great Salt Lake and surrounding mountains. Then they reran the simulation multiple times, but with various aspects missing.

The simulations showed that the lake effect would not have happened in the storm were it not for both the lake and downstream mountains:

— A “flat, no-lake” simulation removed the lake and all mountains, as if all the landscape around Salt Lake City was flat and empty. The result was no snowfall.

— The “no-lake” simulation removed the Great Salt Lake, but included all the surrounding mountains. This produced 90 percent less snow than the simulation of the real storm.

— A “flat” simulation included the Great Salt Lake but no mountains. The result was 94 percent less snow than the simulated actual storm.

— The “Wasatch only” simulation included the lake and Wasatch Range, but not the northern Utah mountains or the Oquirrh and Stansbury ranges west of the Salt Lake Valley. It produced 27 percent less snow than the simulation of the real storm.

— A “downstream only” simulation, which included the lake and the Wasatch and Oquirrh ranges downstream from the lake, but not the upstream mountains in northern Utah. The result was 61 percent more snowfall than the simulated real storm because, without the northern mountains, more moist and cold air moves south from Idaho directly to the Great Salt Lake.