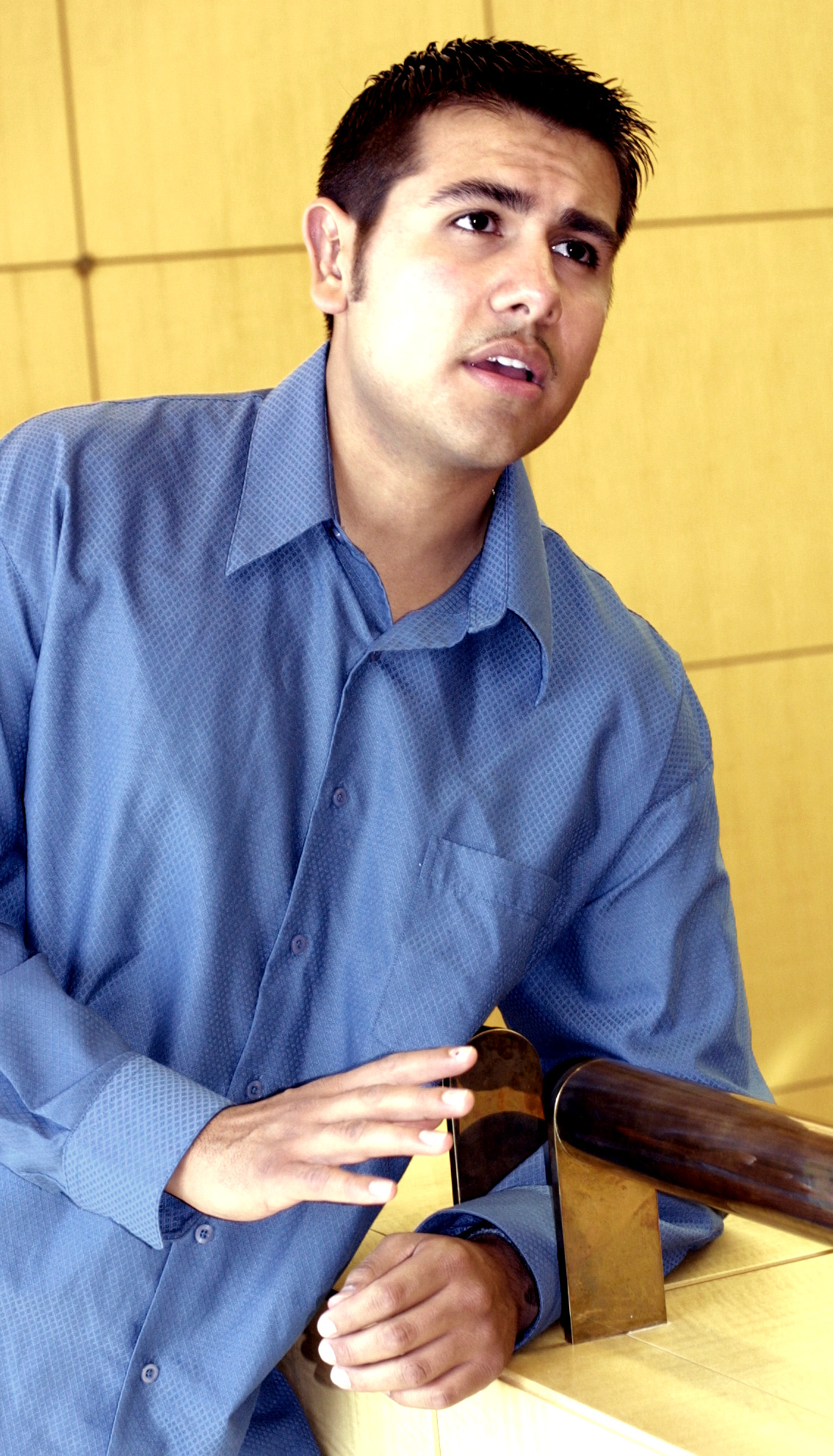 May 2, 2002 — What do you call an undergraduate student who involves himself in multiple disciplines outside his major? Or a student who meets with a group of professors once a week to discuss the linguistic structure of an ancient language but doesn’t get any course credit-and isn’t even a linguistics major? Most faculty would call such a student “rare.” At the College of Humanities he’s known as Javier Chávez.

Chávez will address College of Humanities graduates at the annual convocation ceremony on Friday, May 10, 2002, in the Jon M. Huntsman Center on the University of Utah campus. The ceremony begins at 5:45 p.m. and is free and open to the public. Chávez, chosen among the top graduating seniors in the college to be the student speaker, is graduating with a bachelor of arts in history with a minor in Spanish. He is also the first recipient of the newly created Latin American studies minor.

“Javier represents the idea of a broadly educated person-he has truly taken the aims of getting a liberal education seriously,” said Maureen Mathison, associate dean of humanities.

In addition to his history major and two minors, Chávez has been involved with the Utah Forensics Union (debate team) in the Department of Communication, organized the Pan-Ethnic Student Forum, was a staff writer for Venceremos, the Hispanic student newspaper, and was an editorial board member of the Hinckley Journal of Politics.

He received several scholarships, including the competitive Steffenson-Cannon Scholarship, the University of Utah Diversity Scholarship, and the History Department Scholarship, awarded to students who exemplify superb work in the major. His other accomplishments include serving as the head intern for an international education firm in Washington, D.C., and volunteering as an English teacher at the Guadalupe School in Salt Lake City. He was selected for the Outstanding Senior Award in the Humanities from the Alumni Association.

“Javier is one of the most remarkable students I’ve had,” said Rebecca Horn, associate professor of history. Chávez expressed an interest in learning more about the ancient Aztecs and their language, Nahuatl, while enrolled in one of her Latin American history courses. (He has been teaching himself the language since age 13.) “The seriousness and depth of his interest was immediately apparent, and I invited him to participate in an interdisciplinary faculty seminar on Nahuatl in the College of Humanities. Javier eagerly awaited the initial meeting and has attended the once-a-week meetings regularly for the past two years,” according to Horn.

Now in his final semester, Chávez is not slowing down. He is working for ABC News as a production assistant on a documentary series on immigration in the American West. “He is more than just fluent in Spanish; he is completely bilingual and bi-cultural,” according to Professor Horn. This has enabled him to arrange interviews and make other inroads for the producers of the documentary.

Chávez plans to attend law school next year. “As of right now, it’s Boston College. I haven’t heard back from the other schools I applied to: Georgetown, NYU, Penn, or Chicago,” he said. “Whatever he does, he’ll be wildly successful,” remarked Horn.

Chávez’s parents, Javier and Amada Chávez, immigrated from México to Utah in 1978. They own Javier’s Mexican Restaurant in Ogden.