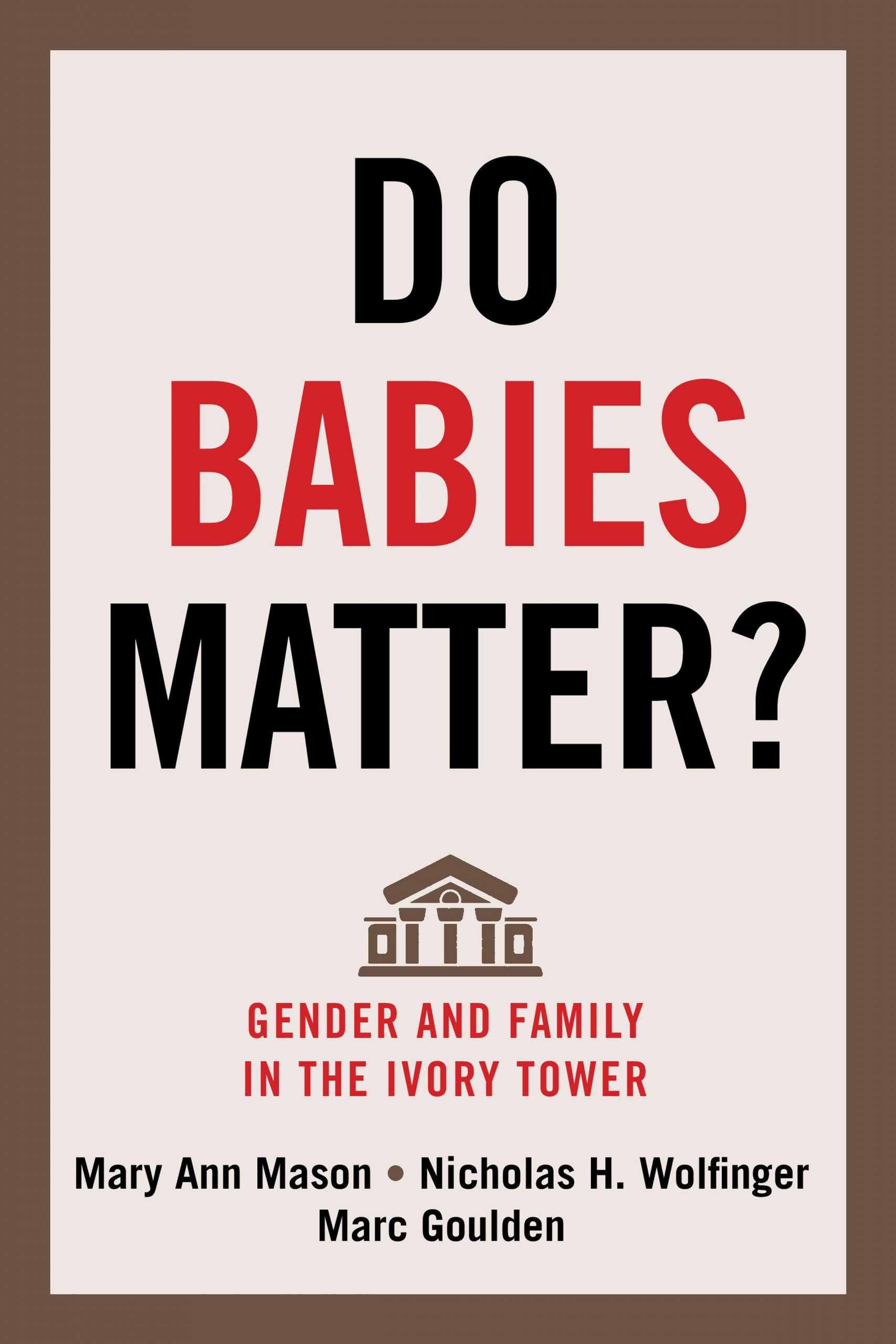 May 16, 2013 – Encouraging girls to stay in school, study the sciences and pursue advanced degrees does make sense – until they reach graduate school, that is. It is about that time the traditional structure and culture of academia clash with young scholars’ plans to build families, and when the winnowing out of women who also are aiming for tenure-track careers begins.

That is just one finding in a new book – “Do Babies Matter? Gender and Family in the Ivory Tower” – by Mary Ann Mason and Marc Goulden at the University of California at Berkeley, and Nicholas H. Wolfinger from the University of Utah. The book builds on a decade of research and sheds new light on a well-known but as yet unsolved problem: women are far less likely than men to have careers in higher education.

The book looks at how family formation—marriage and children—affects the academic careers of men and women differently, exploring every stage in the academic life cycle.

“Our work shows that family formation plays a profound role in explaining why women don’t get ahead in academia,” says Wolfinger, associate professor of family and consumer studies and adjunct associate professor of sociology at Utah. “Fortunately, that is not the end of the story. We lay out changes that can bring hiring and promotion into line with the work-life balance young professionals more often get in other careers. If institutions of higher education want to attract and retain women faculty members — as well as graduate students — it can be done.”

In addition, the book sets out concrete strategies for transforming a university into a family-friendly environment at every career stage. These policies range from paid parental leave, to having an explicit policy for “dual hires”—meaning a job offer for spouse as well as the candidate—to child care grants for mothers to attend conferences. The authors note that some colleges and universities have adopted family-friendly policies, but progress has been “slow and uneven across the academic world.”

The book draws on over a decade of research using unprecedented data resources, including the Survey of Doctorate Recipients, a nationally representative panel survey of Ph.D.s in America, and multiple surveys of faculty and graduate students at the ten-campus University of California system. “Do Babies Matter?” was published by Rutgers University Press in May 2013. More about the book is available online at www.dobabiesmatter.com.

Mary Ann Mason is professor of the graduate school and faculty co-director of the Berkeley Law Earl Warren Institute for Law and Social Policy at the University of California at Berkeley. She was the first female dean of the Graduate Division at Berkeley. Mason is the author of “Mothers on the Fast Track: How the New Generation Can Balance Career and Family” and co-editor of “All Our Families: New Policies for the New Century, Second Edition.”

Marc Goulden is the director of data initiatives at the University of California at Berkeley.