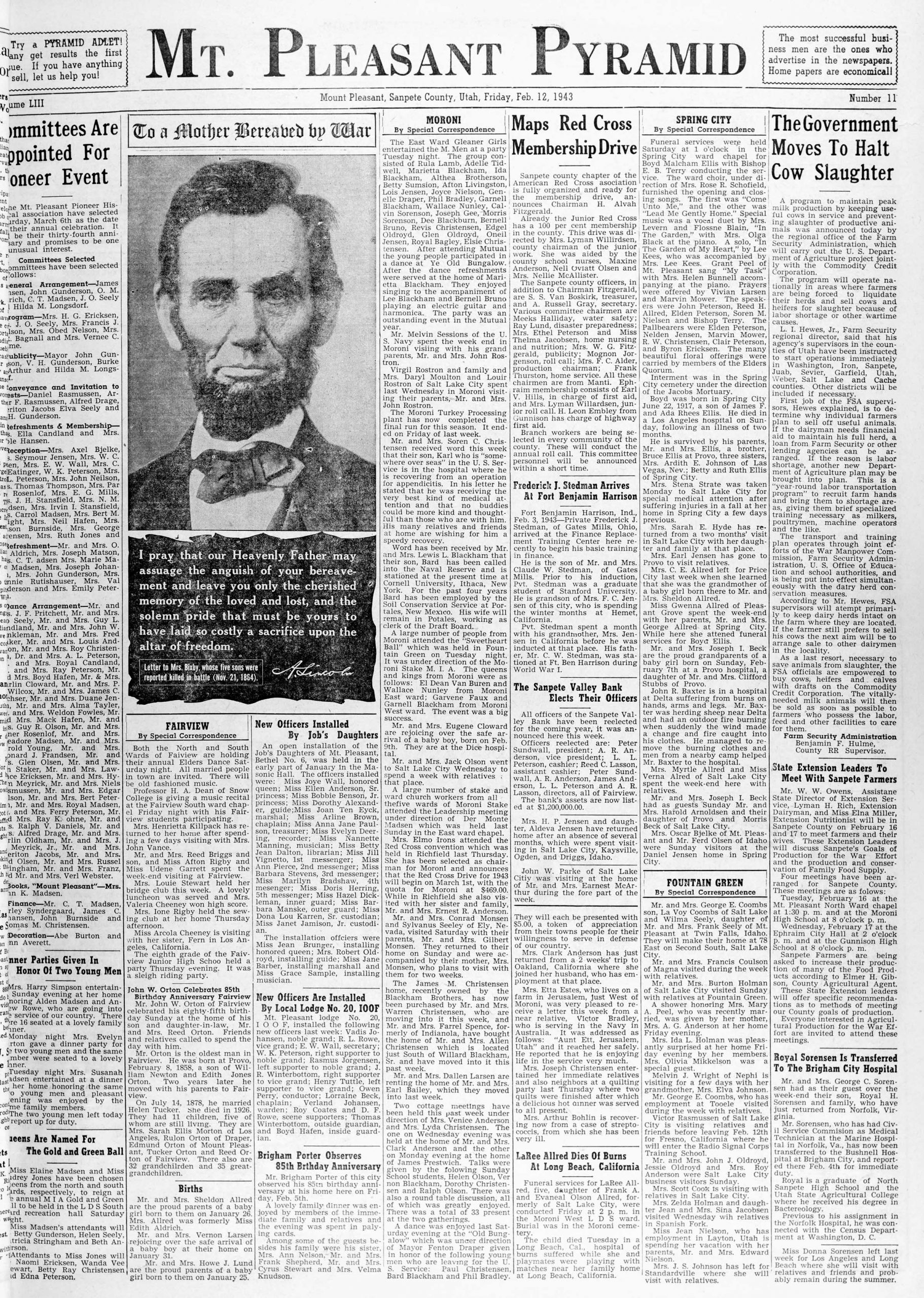 November 25, 2013 – With more than 174,000 visits per year by genealogists, scholars and others seeking historical information of some nature, The Utah Digital Newspapers (UDN) is an online archive in high demand. Founded in 2002 by the J. Willard Marriott Library at the University of Utah, the digital archive contains historic newspapers from across the state. And the archive has recently experienced a growth spurt with the addition of 130,000 pages from 11 Utah newspapers, including content from four rural newspapers new to the digital archive.

Dell Vaughn McDonald, a retired Air Force colonel from Milford City, inquired several months ago about the possibility of adding the Milford News to the archive. “I spend a good deal of time doing historical research, so having my hometown paper at my fingertips is a wonderful convenience,” says McDonald.

This recent digitization push also increased the digital holdings of The Salt Lake Tribune. The years spanning 1914 through 1919 have been added – valuable and interesting issues from the WWI era. These additional years bring The Salt Lake Tribune’s digitized pages total to 175,000 covering the years 1871-1919.

Over the years, several county libraries have provided funding to have their regional newspapers added to the UDN. In Vernal, director of the Uintah County Library System Sam Passey comments, “Our patrons are thrilled to have online access to the Vernal Express. The investment we’ve made in the project has reaped great benefits and we hope to continue our support, bringing even more issues online.”