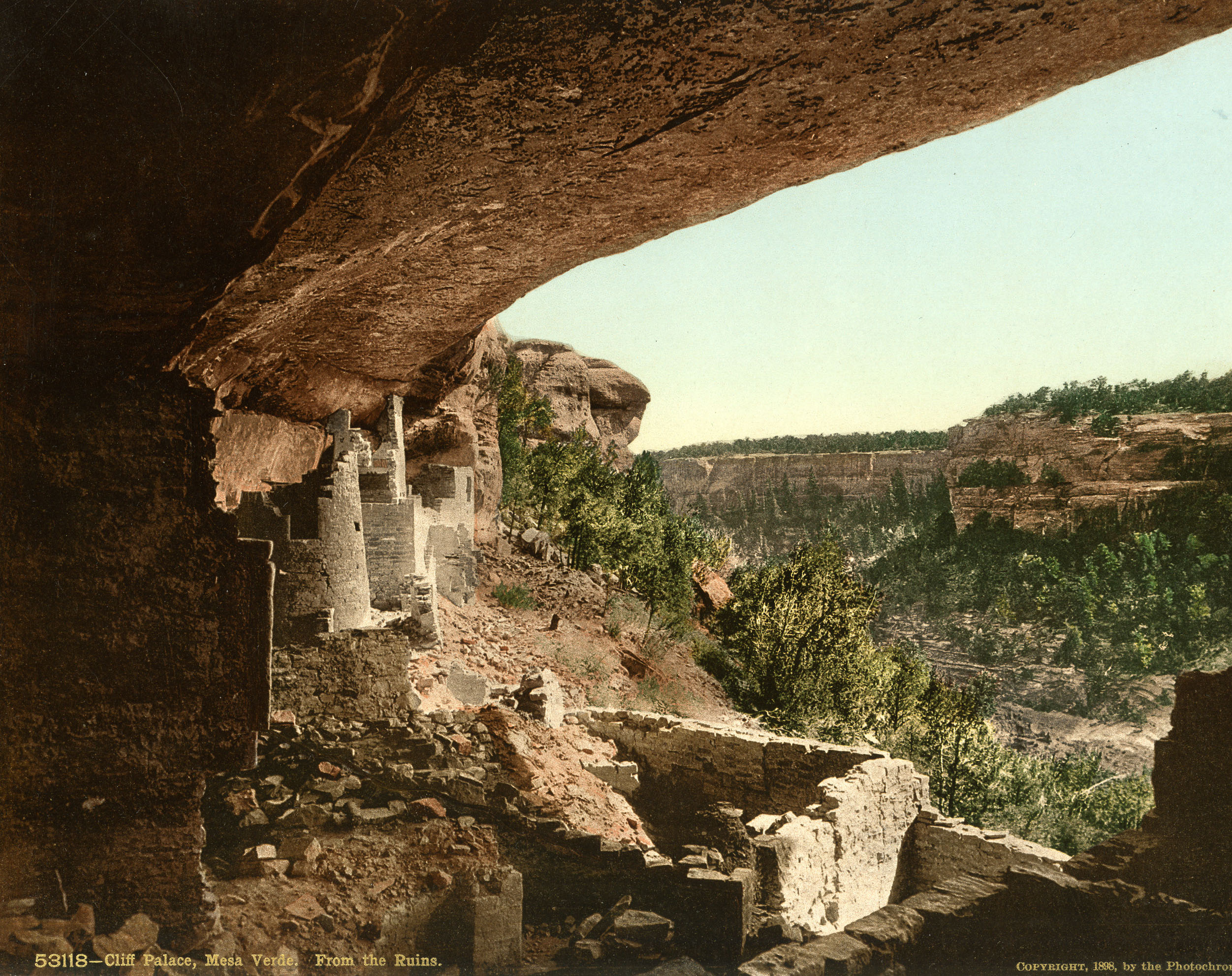 July 23, 2012 – It doesn’t happen every day. A patron uses the “Ask a Librarian” reference service to inquire about making a valuable contribution of materials the University of Utah’s Marriott Library. This past January, an individual owning a large collection of historic photochrom prints did just that and asked about housing them in the Multimedia Archives division in Special Collections. Subsequently the donor, who asked to remain anonymous, contributed an incredible collection containing more than 750 of postcards and prints valued at $136,000.

A precursor to color photography, photochroms were developed in the 1880s at Orell Gessner Fussli, a Swiss printing firm with a history dating back to the 1500s. Eventually other companies, such as the Detroit Photographic Company and the Photochrom Company of London, became licensed to produce photochroms.

In 1898, the U.S. Congress passed a law allowing private publishers to produce postcards that could be mailed for one cent, and photochroms gained instant popularity. Thousands of images of cities, towns and landscapes across the U.S. were photographed, printed and sold as postcards. The Detroit Photographic Company reportedly produced approximately 7 million postcards over the years.  Eventually, the photochrom process was used to print posters and art reproductions. The process was still in use up until 1970.

“From a single photochrom in our collection before this donation, the Marriott Library now has a very significant collection that we’re delighted to preserve and to showcase,” says multimedia archivist Roy Webb.

The Multimedia Archives department is discussing plans to place a selected group of the photochroms on exhibit, and to make others available online in the near future.