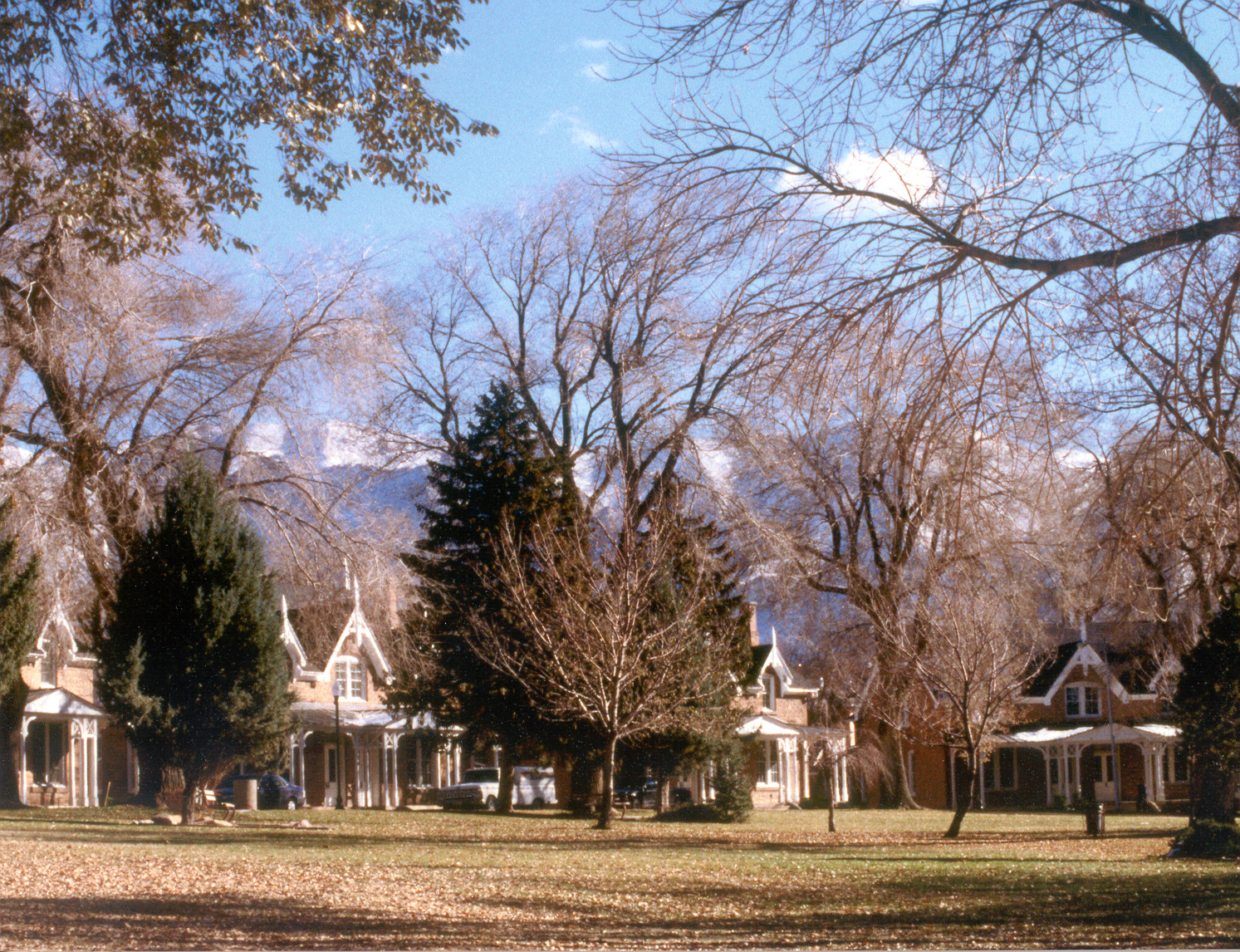 “Receiving this award is a tremendous honor for the University. It stands as a validation of our planning for appropriate adaptive re-use of the historic buildings of Fort Douglas, our commitment to renovation as funding becomes available and our dedication to high standards of preservation,” notes Anne Racer, director of facilities planning for the University.”

Last year the U received a 2001 National Preservation Honor Award from the National Trust for Historic Preservation for the site planning, design, construction and renovation of the entire Fort Douglas Heritage Commons at the University. The Utah Heritage Award given Friday is specifically for the renovation of the Post Chapel, the Officer’s Club, the Commander’s Residence and the Post Theatre.

Lisa Thompson, Utah Heritage Foundation education director, notes, “The University’s careful renovation of historic resources at Fort Douglas Heritage Commons both preserves an important piece of Utah’s history and demonstrates how historic buildings can be adapted to serve new needs. The combination of an authentic historic setting and facilities adapted to meet 21st-century needs makes Fort Douglas Heritage Commons one of the nation’s premiere student living environments. This award recognizes University leaders’ vision and dedication and the many donors who made this outstanding project possible.”

Fort Douglas was originally established as Camp Douglas in 1863 to guard the overland mail route during the Civil War. Just before the turn of the century, Fort Douglas was home to Teddy Roosevelt’s buffalo soldiers who fought alongside the Rough Riders on San Juan Hill. The Fort housed prisoners of war during World War I. During World War II, more than 56,000 inductees were trained at the location. In 1991, 51 acres, which included a collection of historic Fort Douglas buildings, were turned over to the University. (The U.S. Army still uses a small area of Fort Douglas as a reserve facility.) In 1998, 12 additional acres reverted to the U. Along with the transfer, Racer says, “came the responsibility of stewardship and the appropriate re-use of a National Historic Landmark. The University was committed to keeping Fort Douglas residential and creating the highest quality living and learning environment possible for University students.”

In preparation for the Salt Lake 2002 Olympic Winter Games, the University completely refurbished 26 historic buildings in Fort Douglas. During the Games, the fort was converted into Olympic Village, becoming home to thousands of Olympic and Paralympic athletes and officials. The University Heritage Commons is now one of the finest student housing complexes in the country and provides space for more than 2,300 University of Utah students.