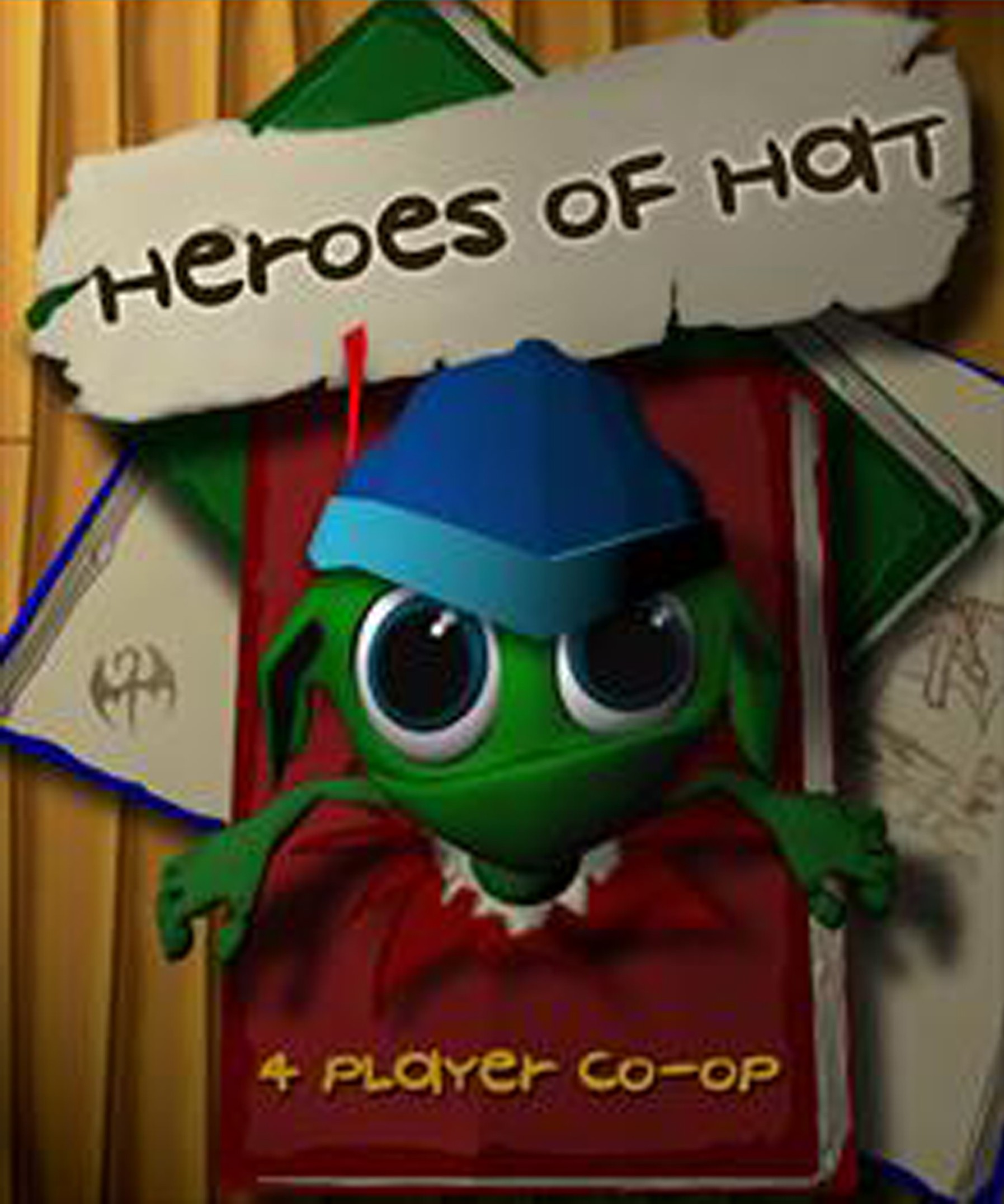 June 19, 2012 – Students in the University of Utah’s Entertainment Arts and Engineering (EAE) program have pulled more firsts out of their impressive hats.

This time, it is the release of “Heroes of Hat,” the first game produced by students in the EAE program that can be played by up to four people in what is called “multiplayer co-op mode.”

In addition, it is the first game released by the Utah Game Forge, a new company designed to help students get their games published without having to start a company of their own. Utah Game Forge, which is wholly owned by the University of Utah, was created through a collaboration of the U’s EAE program and its Technology Commercialization Office to help students both commercialize and distribute their games. Two additional titles, “Erie” and “Tactical Measure” will be distributed soon, with more to come.

“It’s one thing to make a game. It’s another to release a game into the wild and have folks pay to play it,” offers Roger Altizer, director of game design and production. “We’re so proud to have a game as good as ‘Heroes of Hat’ as our first title published by the Utah Game Forge. It demonstrates that students at Utah not only learn to make great games, but can earn their first published game credit while in school.”

The game can be downloaded directly to an Xbox through the Xbox Live Marketplace via http://tiny.utah.edu/heroesofhat. The game has been described as “LittleBigPlanet” meets “Kirby” and is a delightful multiplayer platform.

“It is exciting to see the expansion of our repertoire of games into co-op games,” says Robert Kessler, executive director of EAE. “It adds a complexity to the game creation process that enhances our students’ education and ultimately makes the students more marketable as they look for jobs.”

“Heroes of Hat” was created as the capstone project of a team of undergraduate students. Damean Lyon graduated from the U in May 2012 with a bachelor’s degree in film and media arts with the EAE emphasis. He was the team leader on the game project.

“I couldn’t have had a better team, or project, to finish up the EAE program,” says Lyon. “It was a true challenge to create a multi-player game, and it prepared me like no other project for the challenges of the real world of game design.”

Zugg, the seemingly-innocent goblin that players control, collects magical hats with up to three friends in tow to solve puzzles and fight off challenging villains. Each hat provides the player with different abilities, ranging from creating moving arrow platforms, to launching himself into the air with exploding bombs. A player can also choose to rain figurative terror on digital creatures, from snails and bumble bears to dragons. The game can be played solo or together by up to four individuals in a local cooperative game. Players can either work together to move through all six levels, which are beautifully rendered in 3D, or compete against each other and sabotage another’s moves.

The game offers several options for play: normal mode—a ‘forgiving’ design of the game that allows infinite lives to the last checkpoint reached; and hardcore mode—a very challenging design which provides only three lives per level. Hats are hidden in every level to give players multiple opportunities to explore hidden areas of the game. Upon completion, all hat abilities are unlocked and can be used at every level of the game.

More about the game and its developers can be found on:

The University of Utah, located in Salt Lake City in the foothills of the Wasatch Range, is the flagship institution of higher learning in Utah. Founded in 1850, it serves more than 31,000 students from across the United States and the world. With more than 72 major subjects at the undergraduate level and more than 90 major fields of study at the graduate level, including law and medicine, the university prepares students to live and compete in the global workplace. Learn more about all the U has to offer online at http://www.utah.edu