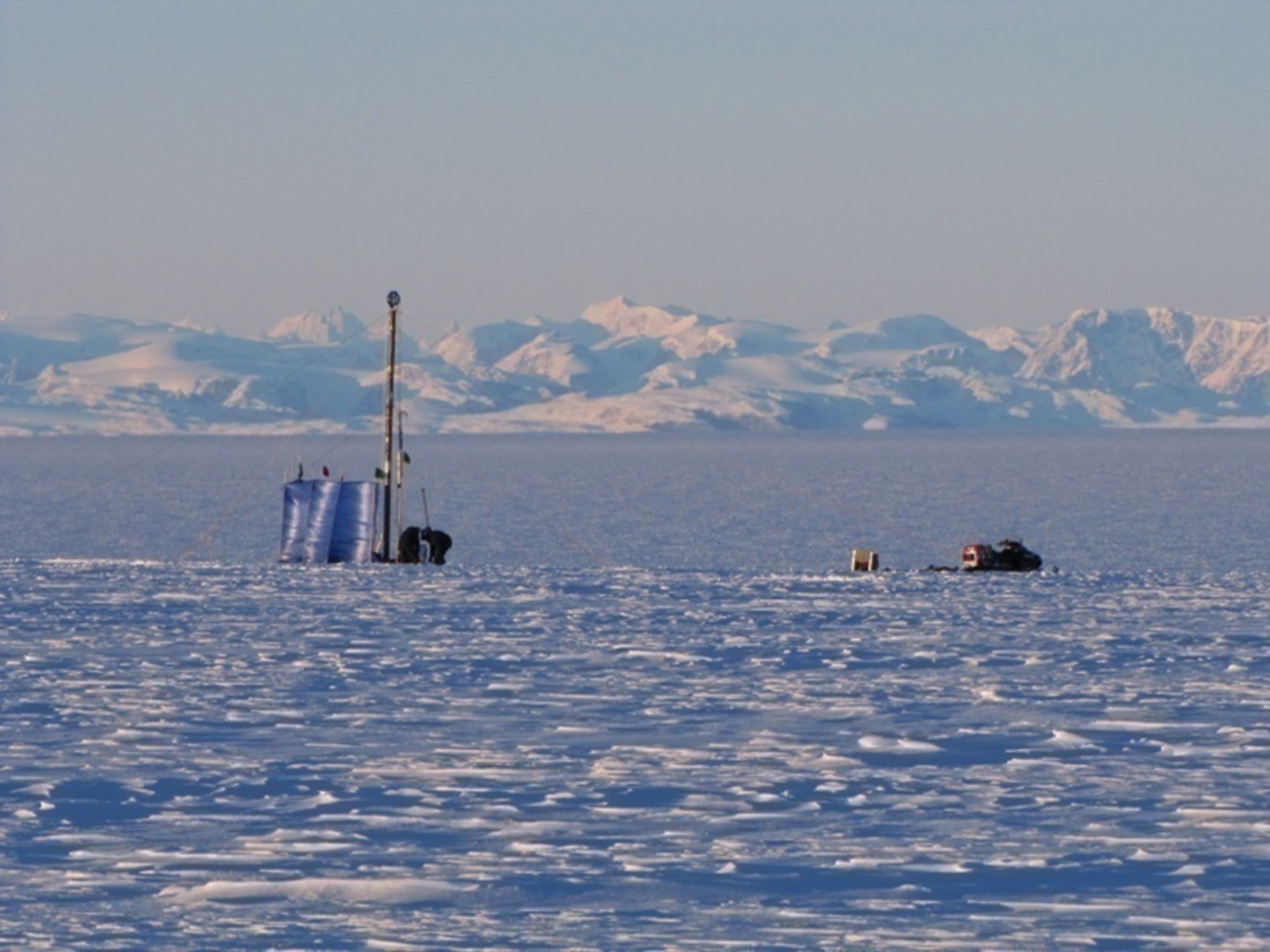 Dec. 22, 2013 – Researchers at the University of Utah have discovered a new aquifer in the Greenland Ice Sheet that holds liquid water all year long in the otherwise perpetually frozen winter landscape. The aquifer is extensive, covering 27,000 square miles.

The reservoir is known as a “perennial firn aquifer” because water persists within the firn – layers of snow and ice that don’t melt for at least one season. Researchers believe it figures significantly in understanding the contribution of snowmelt and ice melt to rising sea levels.

The study was published online Sunday, Dec. 22, in the journal Nature Geoscience.

“Of the current sea level rise, the Greenland Ice Sheet is the largest contributor – and it is melting at record levels,” says Rick Forster, lead author and professor of geography at the University of Utah. “So understanding the aquifer’s capacity to store water from year to year is important because it fills a major gap in the overall equation of meltwater runoff and sea levels.”

In 2010, the team drilled core samples in three locations on the ice for analysis. Team members returned in 2011 to approximately the same area, but at lower elevation. Of the four core samples taken then, two came to the surface with liquid water pouring off the drill while the air temperatures were minus 4 degrees Fahrenheit. The water was found at about 33 feet below the surface at the first hole and at 82 feet in the second hole.

“This discovery was a surprise,” Forster says. “Although water discharge from streams in winter had been previously reported, and snow temperature data implied small amounts of water, no one had yet reported observing water in the firn that had persisted through the winter.”

The aquifer is extensive, covering 27,000 square miles — larger than the state of West Virginia.  It is similar in form to a groundwater aquifer on land that can be used for drinking water. “Here instead of the water being stored in the airspace between subsurface rock particles, the water is stored in the air space between the ice particles, like the juice in a snow cone,” Forster adds. “The surprising fact is the juice in this snow cone never freezes, even during the dark Greenland winter. Large amounts of snow fall on the surface late in the summer and quickly insulates the water from the subfreezing air temperatures above, allowing the water to persist all year long.”

Why Studying Ice in Greenland is Important

The Greenland Ice Sheet is vast, covering roughly the same area as the states of California, Nevada, Arizona, New Mexico, Colorado and Utah combined. The average thickness of the ice is 5,000 feet. In 2012, the ice sheet lost volume of 60 cubic miles – a record for melt and runoff.

The consequences of losing the ice sheet could be catastrophic. If all the water retained in the ice sheet melted, it is estimated that the global sea level would rise about 21 feet, says Forster. Although no one is predicting a total meltoff all at once, keeping an eye on ice formation, runoff amounts and how the water is moving is critical to accurately predicting sea level changes.

Until now, calculations of the ice sheet mass changes did not include a year-round storage mechanism for liquid water. Models predicted that water either flowed into rivers and lakes on the ice surface, into crevasses and subglacial streams that eventually run into the sea, or was refrozen within the ice sheet.

Discovery of the perennial aquifer will help scientists predict the movement and temperature of water within the ice sheet with more precision.

Forster says the reservoir’s exact role is unknown. “It might conserve meltwater flow and thus help slow down the effects of climate change. But it may also have the opposite effect, providing lubrication to moving glaciers and exacerbating ice velocity and calving increasing the mass of ice loss to the global ocean.”

As for whether climate change caused the aquifer to form, Forster says that’s not clear, but simulations of the Greenland Ice Sheet going back to the early 1970s would suggest it has been around for some time.

The previously unknown storage mode was found in the southeast section of Greenland, where conditions combine to provide sufficient rain and snowmelt to fill the firn with water, as well as high levels of snow accumulation that insulate the water from freezing during the winter.

The team used data collected by airborne and ground-penetrating radar to pinpoint the aquifer, and then took core samples on the ground.

Airborne radar imagery was collected in the area by NASA Operation IceBridge, which is a program directed at collecting images of Earth’s polar ice in unprecedented detail to better understand the processes that connect polar regions with climate change. Ground-penetrating radar and a roving Global Positioning System navigation unit also were towed across the ice in the same area via snowmobile, collecting data every five seconds.

Researchers found that the radar images from air and ground corresponded on both the depth of a bright horizon, indicating where there is a change in consistency of the ice, as well as the undulations of the horizon across distance of about 15 miles. This was confirmation that the airborne radar could map the aquifer just as well as the ground-based radar.

Core samples were taken with a 4-inch-diameter drill. Two segments were extracted that were saturated with liquid water – one from a depth of about 33 feet and another the following day about a mile east and at a depth of more than 80 feet.

Temperatures in the spring of 2011 were below average. Forster notes that, “because air temperatures were minus 4 degrees Fahrenheit during drilling and because surface melting in the area did not begin until June in 2011, there is no doubt that the water found in the firn had persisted through the winter.”