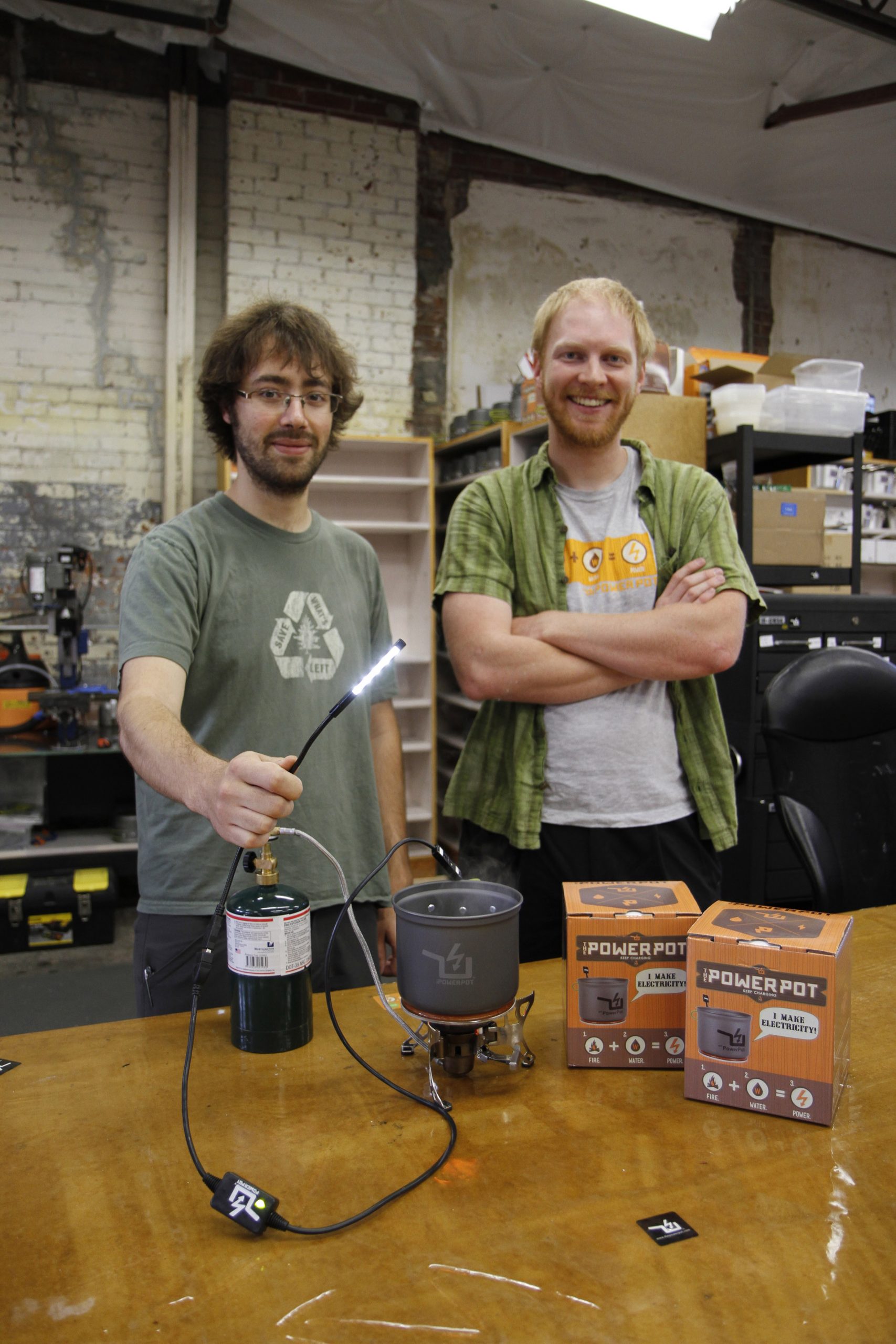 Dec. 31, 2013 – The University of Utah rolled out a new marketing campaign on New Year’s Day 2013, and over the past 12 months, the U has proven that  “step one: imagine, step two: do” is much more than a tagline. Below are just a few of the major accomplishments from 2013 that demonstrate that all things are possible at a place we call “Imagine U:”

The Utah Board of Regents approved a master’s degree in Entertainment Arts and Engineering at the University of Utah. EAE is an interdisciplinary program between the U’s Colleges of Fine Arts and Engineering with the aim of producing graduates ready to design, develop and provide leadership for the video games of today and tomorrow. Utah’s first master’s degree in videogames coincides with the EAE program being ranked the number one undergraduate and number two graduate game degrees in the nation by Princeton Review.

Power Practical, a student startup that sprang from research at the University of Utah, is selling a portable cook pot that transforms heat and water into a power source. Using thermoelectricity, the pot generates power by capturing the electrons moving from the heated pot to the cooler water inside. The device can charge any USB device over any heat source.

University of Utah doctoral graduates Lexie and Lindsay Kite dedicated most of their college education to studying the stereotypes of beauty perpetuated by popular culture and its negative effects on women and girls. The identical twin sisters launched Beauty Redefined in 2009, a campaign to help replace distorted ideals of body image with more positive concepts of beauty and wellness. Lexie and Lindsay connect with girls and women across the country through speaking engagements, their website and their 19,000 followers on Facebook.

The University of Utah’s newest residence hall received gold certification in May using Leadership in Energy and Environmental Design standards, making it the first LEED-certified university residence hall in Utah. An innovative Sustainable Campus Initiative Fund project helped boost the building from silver to gold. Student Jessica Batty, an honors student who completed an MBA and master’s in architecture at the U, was awarded a $70,000 grant to implement an electricity-tracking dashboard system in the building as well as a “green” demonstration room.

Electrical and computer engineering graduate student Brad Mager presented a new fall-detection system for the elderly in London in September. The new system uses sensors, eliminating the need for a person to wear a device, and can tell the difference between a fall and someone sitting or lying on the floor.

Gov. Gary Herbert signed Senate Bill 42 into law, which expanded the University of Utah’s School of Medicine class size from 82 students to 122 by the year 2015.

In October, the U was gifted the Environmental Humanities Education Center in Montana. Located in a fully restored ghost town, students visiting the center attend workshops that combine the humanities and environmental studies through poetry, writing and more.

Using hands-free devices to talk, text or send e-mail while driving is distracting and risky, contrary to what many people believe, says a new University of Utah study issued by the AAA Foundation for Traffic Safety.

People in the military who suffer more than one mild traumatic brain injury face a significantly higher risk of suicide, according to research by the National Center for Veterans Studies at the University of Utah.

Newly released research findings from University of Utah neuroscientists assert that there is no evidence within brain imaging that indicates some people are right-brained or left-brained.

Researchers at the University of Utah have uncovered an association between autism spectrum disorders and a small increase in the amount of weight a mother gains during pregnancy. The results of the new study, “Maternal Prenatal Weight Gain and Autism Spectrum Disorders,” were published in the journal Pediatrics.

When mice ate a diet of 25 percent extra sugar – the mouse equivalent of a healthy human diet plus three cans of soda daily – females died at twice the normal rate and males were a quarter less likely to hold territory and reproduce, according to a toxicity test developed at the University of Utah.

University of Utah researchers developed a high-speed camera system that spent the past two winters photographing snowflakes in 3-D as they fell – and they don’t look much like those perfect-but-rare snowflakes often seen in photos.

A University of Utah biologist identified 33 new species of predatory ants in Central America and the Caribbean, and named about a third of the tiny but monstrous-looking insects after ancient Mayan lords and demons.

Successes like these contribute to the University of Utah’s consistent ranking among the top universities in the nation. For the past 10 years, the U has been ranked among the world’s top 100 universities. In 2013 the U was named among the best values in public colleges by Kiplinger. The David Eccles School of Business ranked among the top 25 schools for entrepreneurship by the Princeton Review for the third year in a row. U.S. News ranked the S.J. Quinney College of Law’s specialty in environmental law number 12, the physician assistant program at 2, pharmacy came in at 10 and physical therapy was 14. University of Utah Health Care received the University HealthSystem Consortium Quality Leadership Award for the fourth year in a row.