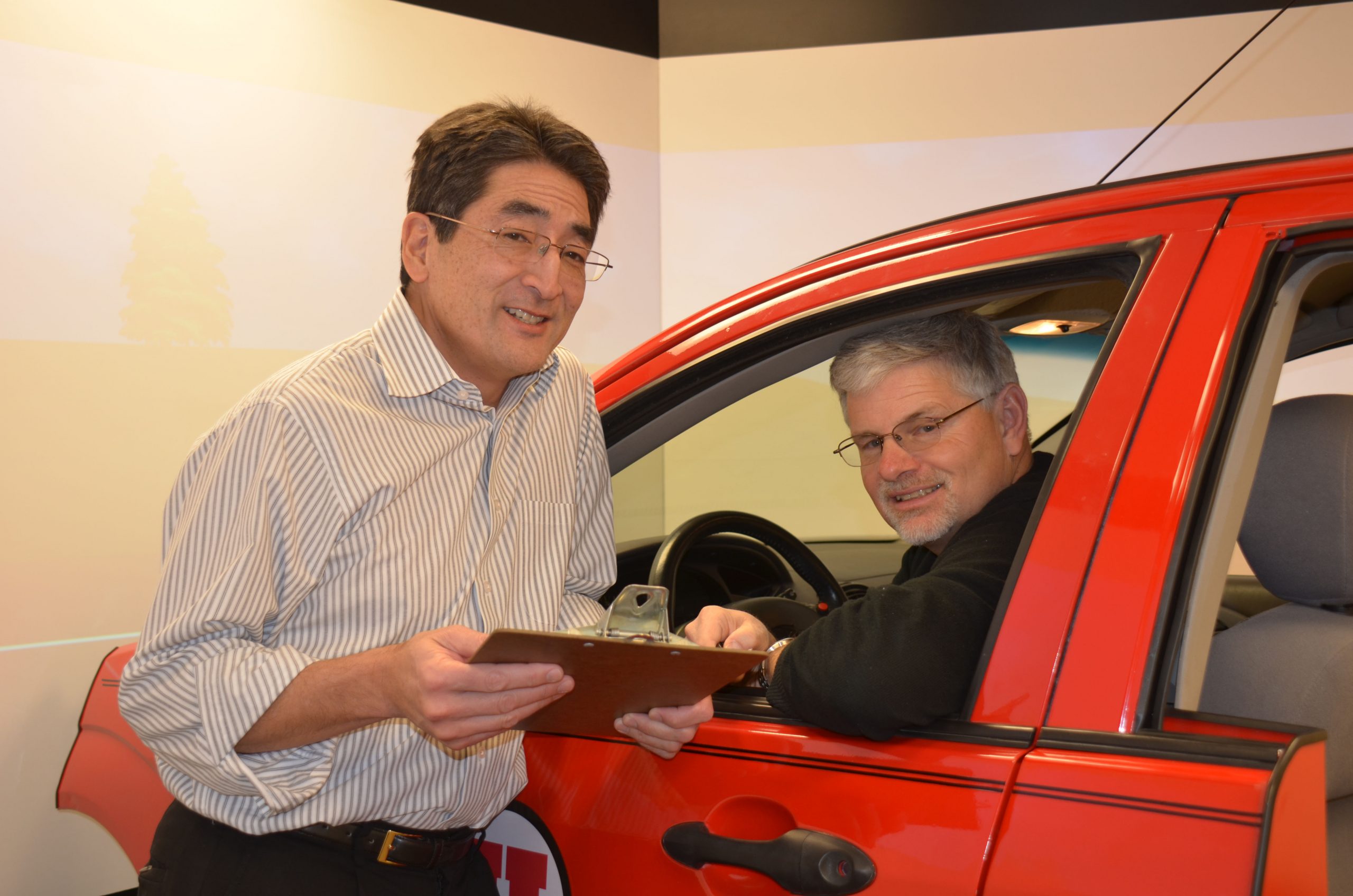 Jan. 23, 2013 – Most people believe they can multitask effectively, but a University of Utah study indicates that people who multitask the most – including talking on a cell phone while driving – are least capable of doing so.

The new study was scheduled for publication Jan. 23 in PLOS ONE, an online journal of the Public Library of Science.

Citing humorist Garrison Keillor’s catchphrase about kids in Keillor’s fictitious hometown, Strayer says people who use cell phones while driving “all think they live in Lake Wobegon, where everybody is above average. But it’s a statistical impossibility.”

The study ran 310 undergraduate psychology students through a battery of tests and questionnaires to measure actual multitasking ability, perceived multitasking ability, cell phone use while driving, use of a wide array of electronic media, and personality traits such as impulsivity and sensation-seeking. The key findings:

— The more people multitask by talking on cell phones while driving or by using multiple media at once, the more they lack the actual ability to multitask, and their perceived multitasking ability “was found to be significantly inflated.” In fact, 70 percent of participants thought they were above average at multitasking, which is statistically impossible.

— People with high levels of impulsivity and sensation-seeking reported more multitasking. However, there was an exception: People who talk on cell phones while driving tend not to be impulsive, indicating that cell phone use is a deliberate choice.

— The research suggests that people who engage in multitasking often do so not because they have the ability, but “because they are less able to block out distractions and focus on a singular task.”

The researchers conclude, “The negative relation between cellular communication while driving and multitasking ability appears to further bolster arguments for legislation limiting the use of cell phones while operating a motor vehicle.”

Sanbonmatsu and Strayer conducted the study with University of Utah co-authors Jason Watson, an associate professor of psychology, and Nathan Medeiros-Ward, a doctoral student in psychology. The study was funded by the American Automobile Association Foundation for Traffic Safety.

The study participants were 310 University of Utah psychology undergraduates – 176 female and 134 male with a median age of 21 – who volunteered for their department’s subject pool in exchange for extra course credit.

To measure actual multitasking ability, participants performed a test named Operation Span, or OSPAN. The test involves two tasks: memorization and math computation. Participants must remember two to seven letters, each separated by a math equation that they must identify as true or false. A simple example of a question: “is 2+4=6?, g, is 3-2=2?, a, is 4×3=12.” Answer: true, g, false, a, true.

Participants also ranked their perceptions of their own multitasking ability by giving themselves a score ranging from zero to 100, with 50 percent meaning average.

Study subjects reported how often they used a cell phone while driving, and what percentage of the time they are on the phone while driving. They also completed a survey of how often and for how many hours they use which media, including printed material, television and video, computer video, music, nonmusic audio, video games, phone, instant and text messaging, e-mail, the Web and other computer software such as word processing. The results were used to compute an index of media multitasking.

They also completed well-established questionnaires that measure impulsivity and sensation-seeking.

Who Multitasks and Why?

The researchers looked for significant correlations among results of the various tests and questionnaires.

“The people who multitask the most tend to be impulsive, sensation-seeking, overconfident of their multitasking abilities, and they tend to be less capable of multitasking,” says Strayer, summarizing the findings.

In contrast, 70 percent of participants said they were above-average at multitasking, and they were more likely to multitask.

Multitasking ability on the OSPAN was significantly and negatively correlated with actual media multitasking and cell phone use while driving, meaning the people who multitask the most have the least ability to do so.

Sanbonmatsu adds: “Our data show people multitask because they have difficulty focusing on one task at a time. They get drawn into secondary tasks. … They get bored and want that stimulation of talking while they are driving.”

Study participants reported spending 13 percent of their driving time talking on a cell phone, which Strayer says roughly squares with federal estimates that one in 10 drivers are on the phone at any given time.

Media multitasking – except cell phone use while driving – correlated significantly with impulsivity, particularly the inability to concentrate and acting without thinking. Impulsive people tend to be more reward-oriented and more apt to take risks, so they may be less sensitive to the costs of multitasking, the researchers say.

Multitasking, including cell phone use while driving, correlated significantly with sensation-seeking, indicating some people multitask because it is more stimulating, interesting and challenging, and less boring – even if it may hurt their overall performance.