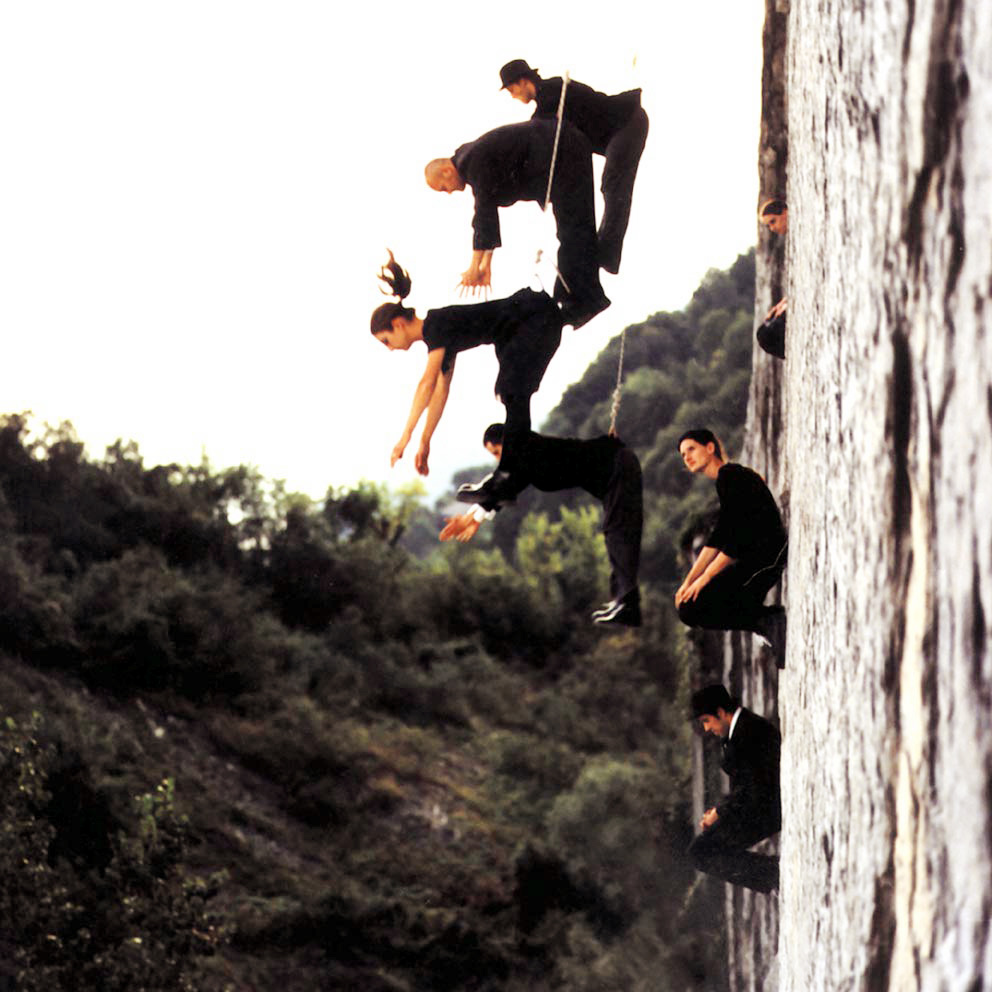 September 10, 2002 — The University of Utah Department of Modern Dance and Gender Studies Program present the fourth annual Dance for the Camera Festival and Symposium, “The Projected Self: Bodies, Genders and Dance on Screen,” September 26-29, 2002.

All film screenings, presentations, discussions, and workshops will be held at the Marriott Center for Dance on the University campus.

This year’s festival and symposium, directed by Ellen Bromberg, assistant professor of dance at the U, features keynote speaker Ann Daly, associate professor of performance studies at the University of Texas at Austin; a panel, “Dance in Popular Media: Ballerinas, Cyborgs and the Desire to be Human;” and three evening screenings of international dance works in film and video.

There is no charge for University of Utah students with valid I.D.

Ann Daly’s keynote speech at 9 a.m. Sept. 28 will address the question, “Behind the Camera: Whose Gaze Is It?” Using excerpts from the festival’s films and videos, Daly will explore the theoretical premises and political implications of dance on film and video.

Choreographer and dance filmmaker Victoria Marks, associate professor of choreography and performance at UCLA, will present a full evening of her award-winning work Sept. 28 at 8 p.m. In her symposium presentation (9 a.m., Sept. 29), Marks will discuss issues of gender representation in her collaborative work with filmmaker Margaret Williams, and present a documentary on the creation of their film Men.

Dance scholar and author Naomi Jackson joins literary, film, and cultural theorist Esther Rashkin for the panel, “Dance in Popular Media: Ballerinas, Cyborgs and the Desire to be Human,” at 10:45 a.m. on Sept. 29. Daly will respond to the presentations.

Workshop sessions at 10:45 a.m. on Sept. 28 and 1:15 p.m. on Sept. 29 with Douglas Rosenberg, a media artist and theorist from the University of Wisconsin, Madison, will consist of hands-on participation as well as demonstrations of shooting and editing dance for the camera.

September 26th – Pre-Festival Screening, “The Next Generation: Juried Student Works.” Students from the University of Utah’s Department of Modern Dance will present student works chosen from submissions from around the world.

September 27 – Dance films from around the world.
— Real Boy, from the United States, directed by Douglas Rosenberg. With choreography and performance by Sean Curran, Real Boy is a dance for camera inspired by the Pinocchio story of Italian author Carlos Collodi.
— Dom Svobode, from Slovenia, directed by Saso Podgorek and choreographed by Iztok Kovak. In the post-industrial Slovenian town of Trbovlje, a company of dancers sets out to overcome the gravity of a vertical stone wall.
— Rest in Peace, from Holland, directed by Annick Vroom, with choreography and
performance by the Hans Hof Ensemble. Recipient of the Best in Festival Award at Dance Films Association’s Dance On Camera Festival, 2000. The wordless narrative follows the unraveling order of the lives of four bereaved young people in the home of their deceased parents.
— Le P’Tit Bal, from France, by the prolific French choreographer Philippe Decoufle. A couple enacts the infectiously nostalgic lyrics of “C’etait Bien” with a meticulously timed gestural language.
— Wiped, from the Netherlands, by director/choreographer Hans Beenhaaker. Jury winner at the Dance Films Association’s Dance on Screen Festival, 2001. The extraordinarily paced film sets up a game between fantasy and reality that is never resolved.
— Sure, from Australia, choreographed and directed by Tracie Mitchell. The work comments on the journey forward in life, and the way we select pathways and make choices.
— Cornered, from Canada, produced, directed and choreographed by Michael Downing. This vertiginous black-and-white film redefines gravity as an attractive force of right angles.

September 28th – The Heart of the Matter: An Evening with Victoria Marks
American choreographer Victoria Marks will present her award-winning collaborations with British director Margaret Williams. The evening will begin with an introduction by the Marks and conclude with an open discussion between Marks and the audience.
— Outside In, “a voyage of discovery and surprises,” won the 1994 Best Screen Choreography Award at the IMZ Dance Screen Festival in Vienna, Austria.
— Mothers and Daughters examines the potency and the sensuality of the relationship between mother and daughter, and received a 1994 “Creation for the Camera Award” at the Grand Prix International Video Danse (France) and Special Jury Award at IMZ 1996.
— Men, a 20-minute dance made for the camera, is performed by seven elderly men living in Canmore, Alberta, and received the IMZ International Dance/Film Festival Grand Prix and Best Screen Choreography Award 1999, and the Toronto award for “Best
Screen Choreography” in 1998.

Funding for the “Dance for the Camera” Festival has been generously provided by The Council of Dee Fellows, the Department of Modern Dance/College of Fine Arts, the College of Humanities, the Gender Studies Program, and the Tanner Humanities Center of the University of Utah.
For more information, please contact Ellen Bromberg at 801-581-7327 or visit www.dance.utah.edu.