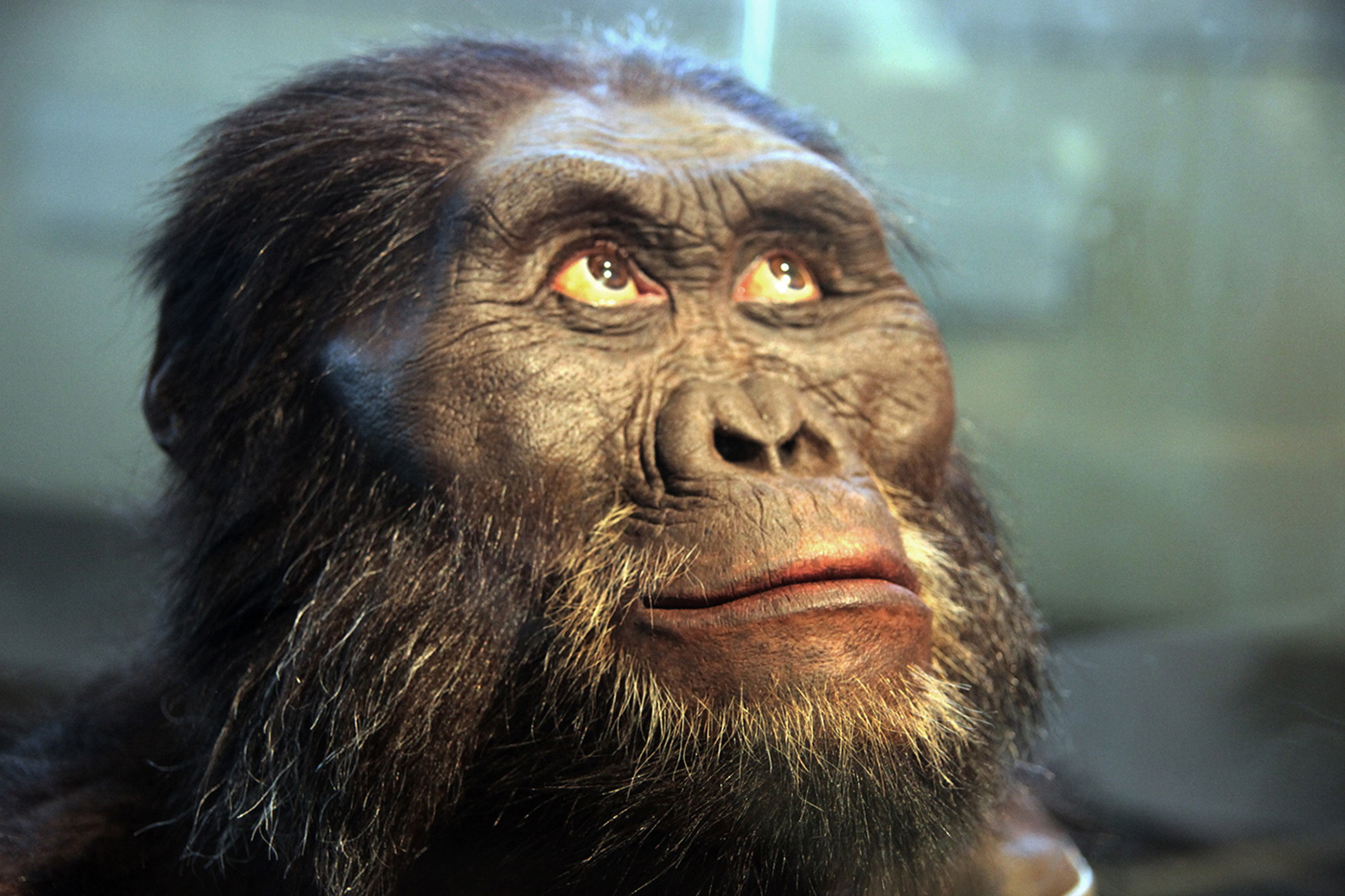 June 9, 2014 — What contributed to the evolution of faces in the ape-like ancestors of humans?

The prehistoric version of a bar fight—over women, resources and other slug-worthy disagreements, new research from the University of Utah scheduled for publication in the journal Biological Reviews on June 9 suggests.

University of Utah biologist David Carrier and Michael H. Morgan, a University of Utah physician, contend that human faces—especially those of our australopith ancestors—evolved to minimize injury from punches to the face during fights between males.

The findings in the paper titled “Protective buttressing of the hominin face,” present an alternative to the previous long-held hypothesis that the evolution of the robust faces of our early ancestors resulted largely from the need to chew hard-to-crush foods such as nuts.

“The australopiths were characterized by a suite of traits that may have improved fighting ability, including hand proportions that allow formation of a fist; effectively turning the delicate musculoskeletal system of the hand into a club effective for striking,” said Carrier, lead author of the study. “If indeed the evolution of our hand proportions were associated with selection for fighting behavior you might expect the primary target, the face, to have undergone evolution to better protect it from injury when punched.”

The rationale for the research conclusions came from determining a number of different elements, said Carrier.

“Importantly, these facial features appear in the fossil record at approximately the same time that our ancestors evolved hand proportions that allow the formation of a fist. Together these observations suggest that many of the facial features that characterize early hominins may have evolved to protect the face from injury during fighting with fists,” he said.

The latest study by Carrier and Morgan builds on their previous work, which indicates that violence played a greater role in human evolution than is generally accepted by many anthropologists.

In recent years, Carrier has investigated the short legs of great apes, the habitual bipedal posture of hominins, and the hand proportions of hominins. He’s currently working on a study on foot posture of great apes that also relates to evolution and fighting ability.

Research on the evolution of creatures in the genus Australopithecus—immediate predecessors of the human genus Homo—remains relevant today as scientists continue to look for clues into how and why humans evolved into who they are now from predecessors who inhabited the earth about 4 to 5 million years ago.

Carrier said his newly published research in Biological Reviews both “provides an alternative explanation for the evolution of the hominin face” but also “addresses the debate over whether or not our distant past was violent.”

“The debate over whether or not there is a dark side to human nature goes back to the French philosopher Rousseau who argued that before civilization humans were noble savages; that civilization actually corrupted humans and made us more violent. This idea remains strong in the social sciences and in recent decades has been supported by a handful of outspoken evolutionary biologists and anthropologists. Many other evolutionary biologists, however, find evidence that our distant past was not peaceful,” said Carrier.

“The hypothesis that our early ancestors were aggressive could be falsified if we found that the anatomical characters that distinguish us from other primates did not improve fighting ability. What our research has been showing is that many of the anatomical characters of great apes and our ancestors, the early hominins (such as bipedal posture, the proportions of our hands and the shape of our faces) do, in fact, improve fighting performance,” he said.

Morgan added the new study brings interesting elements to the ongoing conversation about the role of violence in evolution.

“I think our science is sound and fills some longstanding gaps in the existing theories of why the musculoskeletal structures of our faces developed the way they did,” said Morgan.

“Our research is about peace. We seek to explore, understand, and confront humankind’s violent and aggressive tendencies. Peace begins with ourselves and is ultimately achieved through disciplined self-analysis and an understanding of where we’ve come from as a species. Through our research we hope to look ourselves in the mirror and begin the difficult work of changing ourselves for the better.”