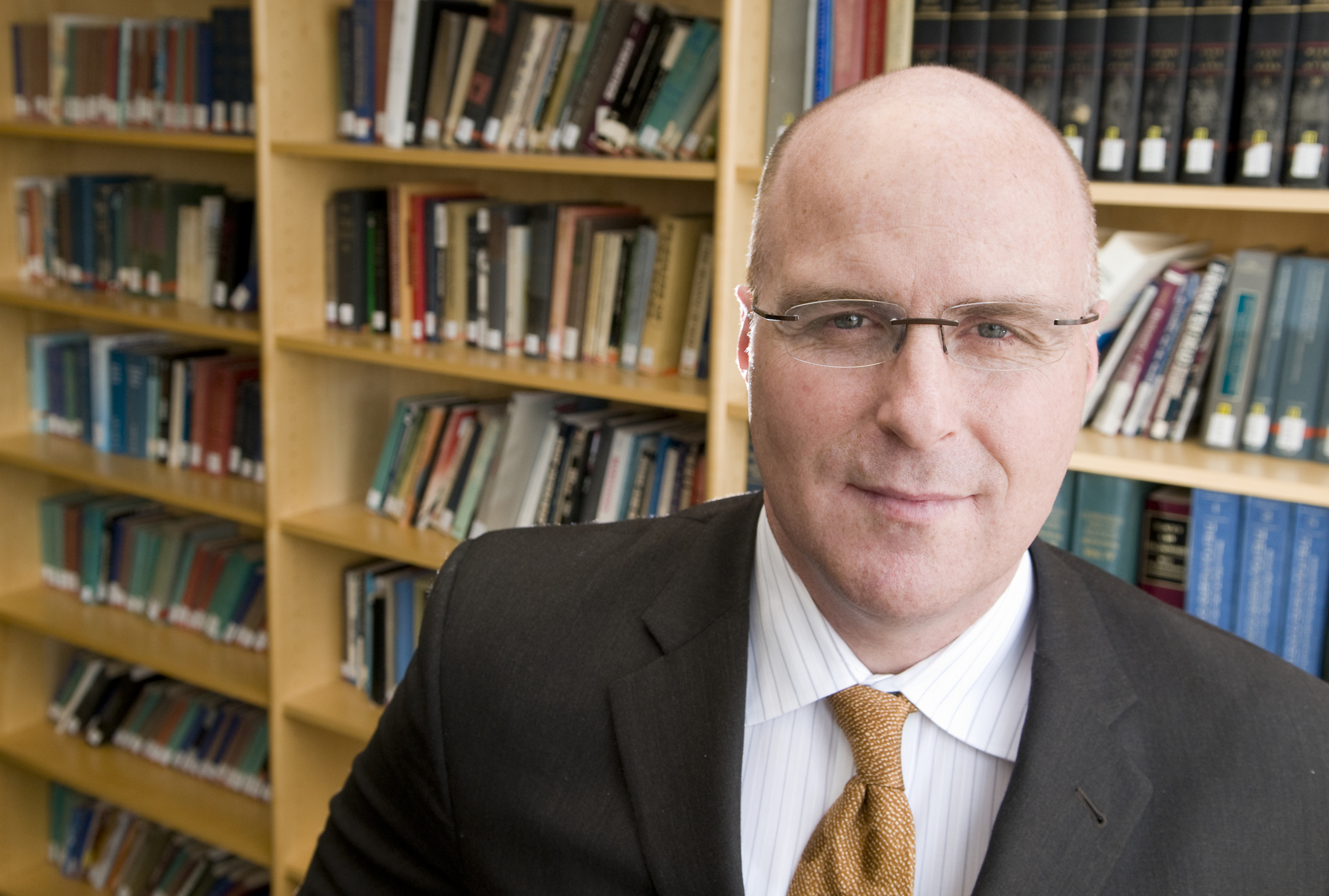 Sept. 1, 2011 — Following an exhaustive national search, the University of Utah (the U) selected Bryan Ritchie to be the next director of its Technology Commercialization Office (TCO). Ritchie joins the U from James Madison College, a residential college that is part of Michigan State University, where he served as a professor of political economy with a focus on international relations, director of the Michigan State Entrepreneur Network, and co-director of the Michigan Center for Innovation and Economic Prosperity. Ritchie’s first day on the job will be Sept. 14.

“Our success in commercializing technology is a challenge, because we believe there is much more that we can do to contribute to the Utah economy,” says Jack Brittain, vice president for Technology Venture Development, the department at the U that supervises the TCO and supports all commercialization activities on campus. “Bryan is committed to taking the office to the next level, and the search committee feels he has the diversity of experience to improve our commercialization efforts and sustain the U as a leader and model for the world. His international development experience is a source of perspective on the potential for university developed technologies to literally change the world, and this is ultimately why the university is committed to commercialization; it is one path to changing the world.”

The TCO manages the university’s intellectual property, which includes collecting invention disclosures, filing patents, licensing technologies and fostering startup companies. It has become a national leader in technology commercialization. The Association of University Technology Managers ranks the University of Utah first in the country at startup formation, and institutions from around the world have visited the U to learn how to improve their own commercialization programs.

Ritchie grew up in Salt Lake City. He started two companies and worked or consulted for many other businesses in Utah and around the world, including Novell, Dayna Communications, Century Software, Iomega and Megahertz. He holds a Ph.D. in political economy from Emory University, a Master of Business Administration from the Marriott School at Brigham Young University and a bachelor’s degree from the University of Nevada, Las Vegas. He has been a professor of political economy at Michigan State University since 2001.

“The University of Utah is a recognized leader in commercialization, and I look forward to helping build on that success,” says Ritchie. “This position allows me to apply all of my skills in one place. I look at this as a tremendous opportunity to apply my business, academic and entrepreneurial experience to the processes of increasing the economic value of exciting new ideas generated at the university. I’m also very happy to be coming home to Utah with my family after being away for almost two decades.”

Ritchie’s academic research focuses on how companies and industries upgrade technologically. He focuses on how innovation, entrepreneurship, technological development, education, training and social capital can help deepen the commercial value of innovative discoveries. His initial focus was in the high-growth countries of Southeast Asia and has moved to the recovering economies of developed countries. He co-authored “Relationship Economics,” and is published in several other books and journals, such as International Organization, World Development, Asia Pacific Journal of Management and Journal of East Asian Studies. In addition, Ritchie is fluent in Thai and Laotian and proficient in Mandarin and Malay.

Members of the U’s search committee say Ritchie’s diverse experience made him stand out from the hundreds of applicants for the job. “He has a lot of experience in private industry and academia, and he has bridged those worlds, which have stark differences,” says Don Brown, the CEO of Partnet and the chairman of the U’s Commercialization Advisory Board, which advises the TCO. “The fact that he has flourished in both of them is a very unusual set of experiences, and I think that is going to be very clear.”

The U reorganized its commercialization efforts in 2005 and since then, startup company formation and other commercialization activities have spiked. The search for the top TCO position began in April, when former director Brian Cummings accepted a job at Ohio State University.

In addition to Brown and Brittain, members of the executive search committee included Thomas Parks, vice president for research and president of the University of Utah Research Foundation; Richard Brown, dean of the University of Utah College of Engineering; Vicki Farrar, the CEO of Catheter Connections; Glenn Prestwich, presidential professor of medicinal chemistry and special advisor to the president for faculty entrepreneurship; Chris Johnson, distinguished professor of computer science and director of the Scientific Computing and Imaging Institute; and Troy D’Ambrosio, director of the Pierre Lassonde Entrepreneurship Center. Many representatives of the community, faculty and university administration participated in the search process.

Ritchie already has expressed many ideas about how to maintain the U’s commercialization success. A few of them include maintaining an environment where innovation can flourish, creating more partnerships around the state and nation, and finding ways to improve and deepen the value of the U’s technologies. However, he says, “Ideas are ubiquitous The real issue is how to add value to those ideas to the point where firms and partners can successfully take new products to the market. We must focus on moving ideas along the value chain.”

Learn more about the U’s technology commercialization at www.techventures.utah.edu.