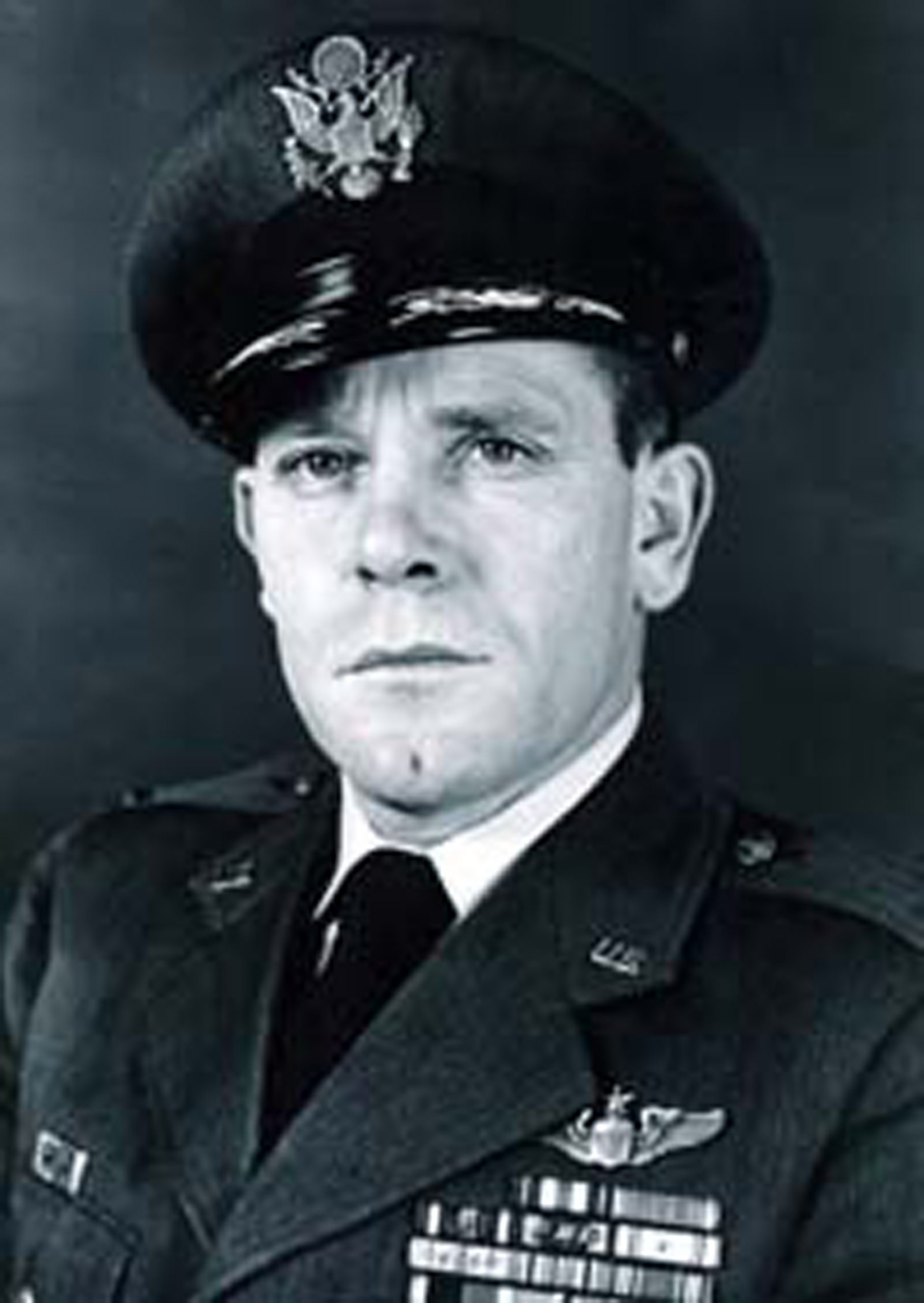 Dec. 4, 2012 – With Pearl Harbor Remembrance Day around the corner, the exhibition “Honoring Our Veterans” at The University of Utah’s J. Willard Marriott Library is right on target. The exhibition includes more than 100 vignettes of Utah veterans who have been honored by the University of Utah since 1998. One such veteran, Emmett Davis, was at Pearl Harbor on Dec. 7, 1941.

Davis, a pilot in the Army Air Corps stationed at Wheeler Air Field, Hawaii, was given the nickname Cyclone because flying against him was “like trying to fight a cyclone.” After the Pearl Harbor attack, Davis immediately drove to the air field to move planes away from the fires. He then loaded machine guns into a P-40 plane and took flight to defend Pearl Harbor.

Davis later became active in the Pacific theater. One of his engagements that intercepted two Japanese fighters resulted in a gun-camera film used to train new pilots in air-to-air gunnery. The squadron he commanded became known as the “Cyclone’s Flying Circus” because of the wild aerial tactics they used. Davis served in the U.S. military for 24 years. He was decorated more than 50 times and attained the rank of colonel; he was up for promotion to general when he retired from the Pentagon.

Nobuo Iwamoto is also featured in the exhibition. He was in the Military Intelligence Service during WWII and was recalled to active duty during the Korean War. Last year, Iwamoto received the Congressional Gold Medal in Washington D. C.

The exhibition includes books and magazines on the Vietnam War and the Indochina Wars – a collection donated by Walter Jones, assistant head for special collections at the Marriott Library. Containing more than 3,000 items, much of the collection consists of fiction and descriptive works leading up to the American involvement in the ongoing wars in Southeast Asia. Included are reference works, novels, battle histories, poetry, short-story anthologies and photographic volumes. Walter Jones will be lecturing on Sunday, Dec. 9 at 3:00 pm at the Marriott Library http://tinyurl.com/VietnamLctr.

Honoring Our Veterans – An Exhibition
tinyurl.com/HonVetExh

What — An exhibition featuring more than 100 vignettes of Utah veterans who have been honored by the University of Utah since 1998. Also included are photographs of Japanese American U.S. veterans of WWII (the 100th Battalion), scrapbooks from the 10th Mountain Division and books from the Marriott Library’s collections related to the Vietnam War.

Who – The exhibition is free and open to the public. Group visits can be arranged by contacting Walter Jones, assistant head for Special Collections, walter.jones@utah.edu, 801-585-9391.