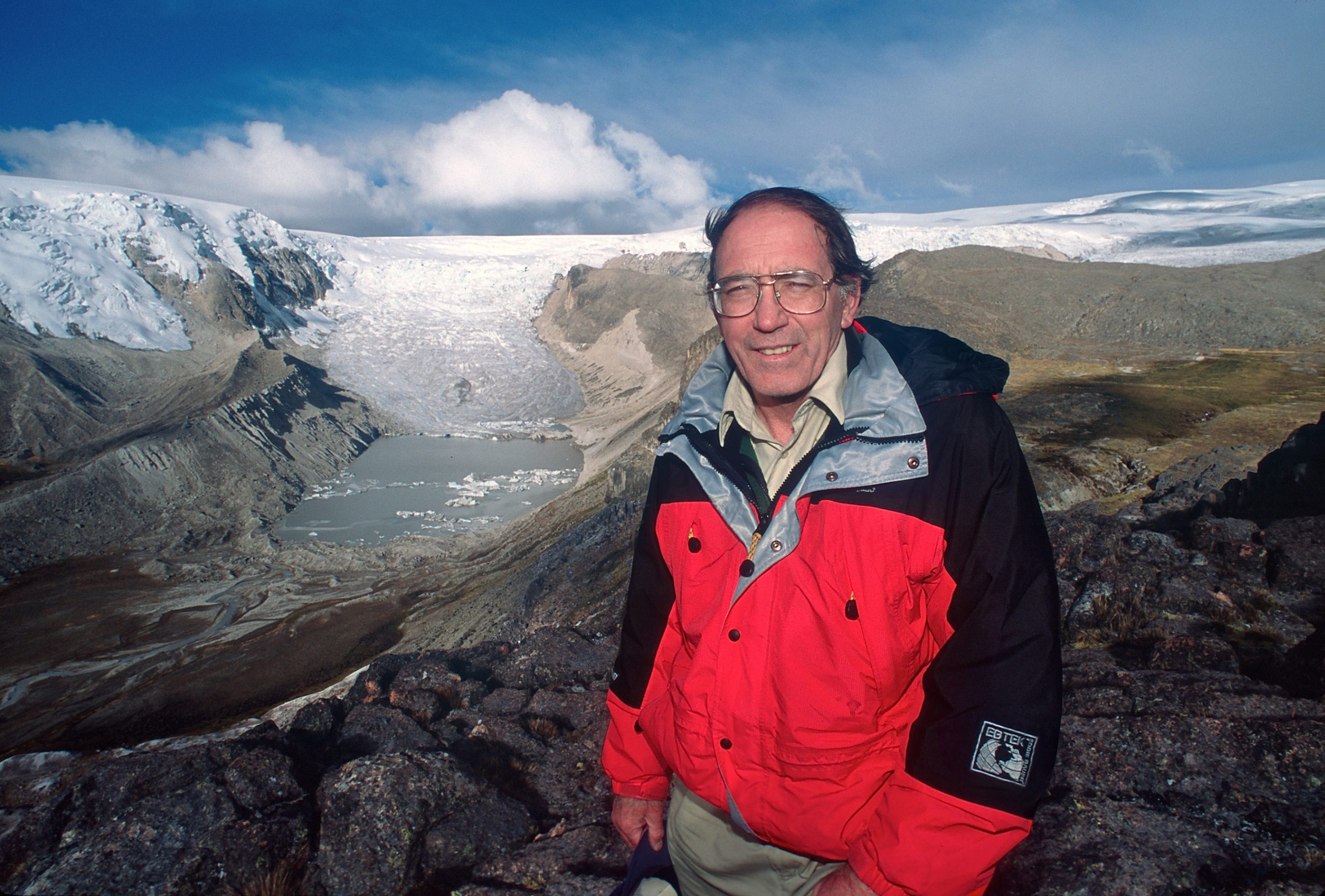 The ongoing, widespread melting of ice caps and high-elevation glaciers, particularly in low to mid latitudes, provides some of the strongest evidence to date that a large-scale, pervasive and, in some cases, rapid change in Earth’s climate is underway.

Thompson will present the latest data and evidence regarding climate change at a free public lecture at the University of Utah on April 14.

He will highlight observations of 20th- and 21st-century glacier shrinkage in the Andes, Himalayas and on Mount Kilimanjaro. Ice cores from shrinking glaciers around the world confirm their continuous existence for hundreds to thousands of years, suggesting that climatic conditions that dominate those regions today are different from those under which these ice fields originally accumulated and were sustained.

The current warming trend is unusual from the millennial perspective provided by multiple lines of indirect evidence and 160 years of direct temperature measurements.

Thompson’s observations of glacier retreat over the last three decades confirm that glaciers around the world are melting, and provide clear evidence that warming during the last 50 years is outside the range of climate variations for the previous several millennia, if not longer.

“Despite all this evidence, plus the well-documented continual increase in atmospheric greenhouse gas concentrations, societies have taken little action to address this global-scale problem,” says Thompson. “Hence, the rate of global carbon dioxide emissions continues to accelerate.”

What can be done to mitigate the situation? What options do we currently have to address the problem? Thompson will discuss those questions during his lecture.

He has been recognized with many honors and awards, including the National Medal of Science, Tyler Prize for Environmental Achievement and the Dan David Prize. He also is a fellow of the American Geophysical Union and the American Association for the Advancement of Science, and a member of the National Academy of Sciences.

The Frontiers of Science lecture series is sponsored by the College of Science and the College of Mines and Earth Sciences. Lectures are free and open to the public. Visit www.science.utah.edu for more information.