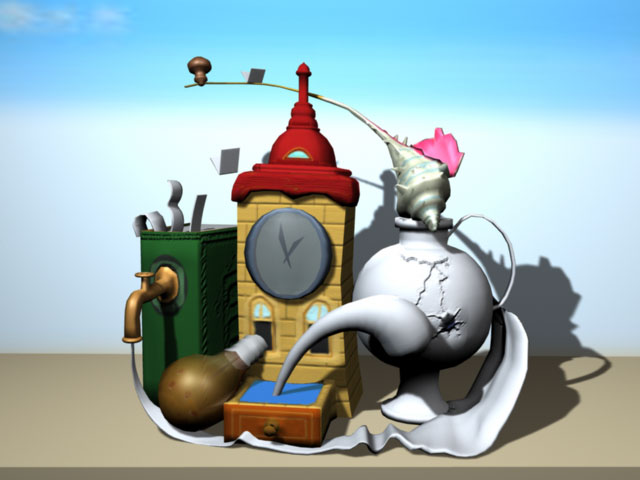 April 28, 2011 — In the grand tradition of “This is Spinal Tap,” “Borat,” and “The Office,” a new mockumentary is about to make its world premier. On Tuesday May 3, “Yesterday’s Video Game Heroes,” directed, produced and created by University of Utah students, will compete at Machinima Fest 2011, the fifth annual film festival designed to showcase projects from the Entertainment Arts and Engineering (EAE) program.

The event will be held from 3:30 to 5 p.m. in the Dumke Auditorium of the Utah Museum of Fine Arts, and is part of a day-long exhibit of students’ work from different areas of the program.

Machinima is the art of creating a movie using 3-D computer graphics. “Yesterday’s Video Game Heroes” is one of a dozen films in the same format that will compete for awards that day, including Best of the Fest and Audience’s Choice. The movie (a mock documentary) follows our favorite video game characters, like Mario, Luigi and Master Chef, in a type of “where are they now” tell-all. Judging the films will be a jury made up of video game industry professionals and computer science and film faculty.

Other movies in Machinima Fest include a film noir piece (“Drastic Contrast”), in which the main character’s attempts to solve a string of murders is complicated by his own brother’s death; a Spanish-language soap opera (“Basura Blanca”); a thriller (“Exit Interview”) that depicts interviews between a law-enforcement agent and serial killer; and two films that address what it means to live in reality – “Eden,” set in a dystopian future where people escape into virtual reality with dire consequences, and “Artie,” which tells of a custodian in Nevada’s Area 51 whose memory is wiped clean on a daily basis by the U.S. government until the man responsible for the daily act decides to help Artie get a puppy and live a normal life.

The film festival is part of a whole day showcasing work by students in EAE. Below is a schedule of the day’s events. All are free and open to the public: