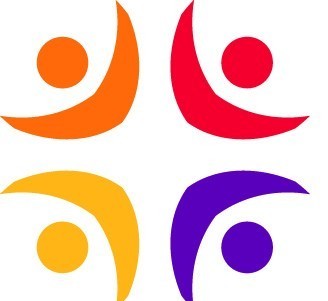 March 30, 2012—The rate of autism spectrum disorders (autism) among U.S. 8-year-olds reached an all-time high in 2008, with an estimated one in 88 children having autism, according to a new study released by the U.S. Centers for Disease Control and Prevention’s (CDC) Autism and Developmental Disabilities Monitoring Network.

In Utah, one in 47 children had autism, the highest rate among the 14 communities that participated in the study. A similar 2002 CDC study found that about one in 150 U.S. children had autism compared to one in 133 Utah children. This means that, from 2002-2008, autism prevalence increased 78 percent nationally and 157 percent in Utah.

ASDs are a group of developmental disabilities characterized by impairments in social interaction, communication, and/or restricted, repetitive, and stereotyped patterns of behavior. Symptoms are present before age 3. The complex nature of these disorders, coupled with a lack of biologic markers for diagnosis, create unique challenges in monitoring the prevalence of ASDs over time.

“More research is needed to understand why we are seeing continuing changes in prevalence”, says Judith Pinborough-Zimmerman, Ph.D., the study’s Utah principal investigator and assistant professor of psychiatry at the University of Utah. “Regardless of the reasons for the changes reported in this study, increases of this magnitude will have a significant long-term impact on our communities and families. As researchers, we are continuing to work with our local and national partners to find answers.”

David Patton, Ph.D., executive director of the Utah Department of Health, says that as researchers look for the causes and treatments of autism, studies such as this provide important information to address policy issues and needs related to ASDs.

“We at the Utah Department of Health are very aware of the frustration families feel, and of their need for answers to the mysteries of ASDs,” Patton says. “We hope the updated numbers will help communities to better plan for the supports and services families will need. And we’ll keep working with our partners to search for risk factors for ASDs, as well as treatments and therapies to help these children achieve their full potential.”

Other findings from this national study, which is based on records from multiple health and education sources, show that the autism prevalence among Utah boys is nearly three times that of girls—one in 32 compared to one in 85—and that the disorder occurs in one in 25 children of white ethnicity compared to one in 154 non-white children.

New Jersey had the second highest autism prevalence among the 14 study sites, with one in 49 of 8-year-olds falling under the study classification.

The CDC study concludes that autism continues to be an important public health concern and more research is needed to quantify and understand these changes over time. “This report paints a picture of the magnitude of the condition across our country and helps us understand how communities identify children with autism,” said Thomas Frieden, M.D., Ph.D. “One thing the data tell us with certainty – there are more children and families that need help.”

The ADDM network was formed by the CDC to determine the number of people with ASDs. The ADDM sites collect data using the same surveillance methods, which are modeled after another CDC program. The goals of ADDM are to: