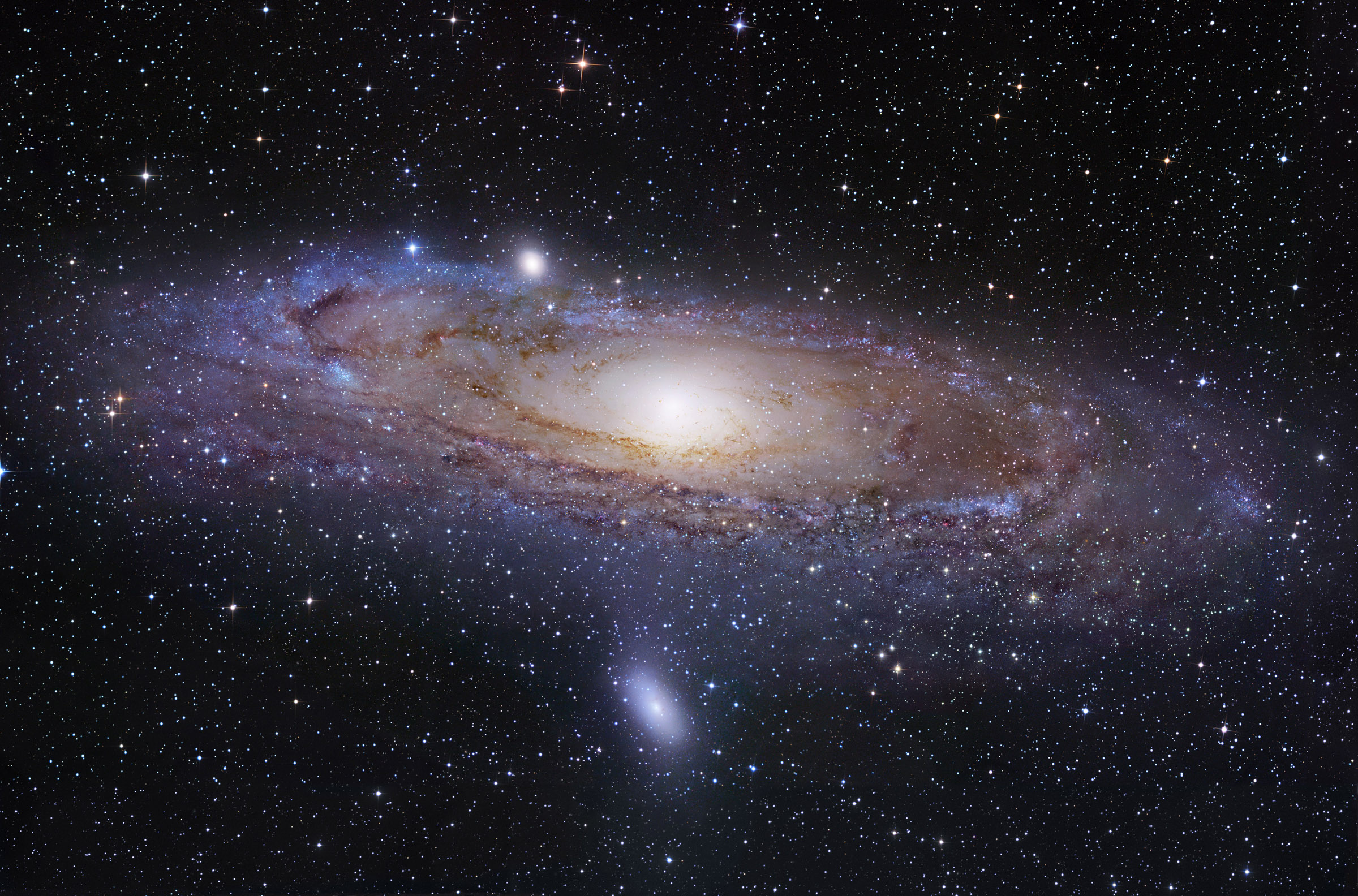 Dec. 5, 2012 – Astronomers at the University of Utah and elsewhere are seeking volunteers to explore the galaxy next door, Andromeda. The newly launched Andromeda Project will use people power to examine thousands of Hubble Space Telescope images of the galaxy to identify star clusters that hold clues to the evolution of galaxies.

Anyone can take part by going to www.andromedaproject.org.

“We want to get people excited about participating. We’re hoping for thousands of volunteers,” says Anil Seth, an organizer of the Andromeda Project and an assistant professor of physics and astronomy at the University of Utah.

“I love looking through these amazing Hubble Space Telescope images of Andromeda, the closest big spiral galaxy to our Milky Way galaxy,” he adds. “The Andromeda Project will give lots of people the opportunity to share in that amazement.”

“Star clusters are groups of hundreds to millions of stars that formed from gas at the same time so all the stars have the same age,” Seth says. A goal of the Andromeda Project “is to study the history of the galaxy, and these clusters play an important role.”

It would take too long for the astronomers to continue looking for star clusters on their own, and pattern-recognition software isn’t good at picking out star clusters.

To obtain faster results, Seth and colleagues want to “crowdsource” the problem and enlist volunteers from all walks of life to identify the star clusters. Registration isn’t required and a simple online tutorial helps volunteers quickly learn how to recognize and mark star clusters on www.andromedaproject.org.

“You don’t need to know anything about astronomy to participate, and it’s actually pretty fun, like playing an online game,” says Cliff Johnson, a University of Washington graduate student working on the project.

About 400 volunteers participated in a recent test of the new website.

“Everyone wants to know where they came from, and part of that question involves understanding how galaxies like our own Milky Way form,” says Seth. “Andromeda is actually the best place to study that process. In the Milky Way, our position within the galaxy makes it hard to study our history.”

“We have a good sense of how stars, once born, evolve,” he adds. “But we don’t really know the details of how galaxies form and how stars form within those galaxies. This project will help address both of those questions.”

Star clusters are important for understanding Andromeda’s history because their ages are easy to measure. Astronomers determine a star cluster’s age by the mass of its brightest, most massive stars. Massive stars mean a cluster is young, because “massive stars are like rock stars: they live fast and die young,” says Seth.

Andromeda is about 2.4 million lights years away from Earth, or 14 billion billion miles (billion billion twice is correct). “There are other, closer galaxies, but Andromeda is the closest big spiral galaxy like our own Milky Way,” Seth says. “It’s almost a million times more distant than the nearest star to our sun, Alpha Centauri.”

Andromeda contains hundreds of billions of stars, and has a diameter of about 160,000 light years, or about 940 million billion miles. The star clusters in Andromeda are typically about 20 light years across, which equals 118 trillion miles, tiny compared with the diameter of the galaxy.

The Hubble images used in the Andromeda Project are part of a larger effort involving about 20 institutions and known as PHAT, the Panchromatic Hubble Andromeda Treasury survey.

The Hubble Space Telescope began collecting the PHAT images in 2010. Since then, it has spent nearly two months of time making hundreds of orbits of Earth while taking pictures of the least dusty third of Andromeda. If all goes well, the Hubble will send the last batch of images back to Earth next summer.

By then, the survey will have imaged one-third of Andromeda’s spiral disk at six wavelengths of light: two ultraviolet, two visible and two infrared. The complete PHAT survey is expected to reveal 100 million individual stars.

“We’re already starting to discover some amazing things about Andromeda from the PHAT data, but we expect people to be combing through this data for decades,” says University of Washington Professor Julianne Dalcanton, principal investigator of PHAT.

Seth expects children, retirees, and workers on their lunch breaks to volunteer for the Andromeda Project.

“We’ll definitely have some astronomy buffs, but hopefully there are a lot of people who, rather than looking at Facebook, will do this in their down time,” he says, adding that the Andromeda project wants “people who are interested in looking at a lot of pretty pictures and wondering about what’s out there.”

“There are lots of images, so we’re going to need a lot of volunteers,” says Seth.  Some high school and college students will participate for class assignments. Among them: students in Seth’s observational astronomy class.

Each image is 725 pixels by 500 pixels. Images are both in color and black-and-white. Young star clusters have bright blue stars. Older clusters have more red stars.

“A lot of images won’t have any clusters on them, or will have one,” Seth says. “You might think it’s really difficult to pick out clusters, but after looking at a few images, you really learn to see the patterns the clusters make.”

A trained volunteer will take about 20 seconds per image, he adds.

What if some of the volunteers are bad at identifying star clusters?

“We have our original sample of 600 star clusters as a test case, and we’ll use that to see how well they do,” ranking individuals, Seth says.

As another double-check, some images will contain completely fabricated images of “synthetic” star clusters with a wide range of sizes and masses. That will help the astronomers determine how small a cluster can be detected.

Once the clusters all are identified, “it will be the largest sample of clusters known in any spiral galaxy, including our own Milky Way galaxy,” Seth says.

The Andromeda Project is part of the Zooniverse family of citizen science projects: http://www.zooniverse.org