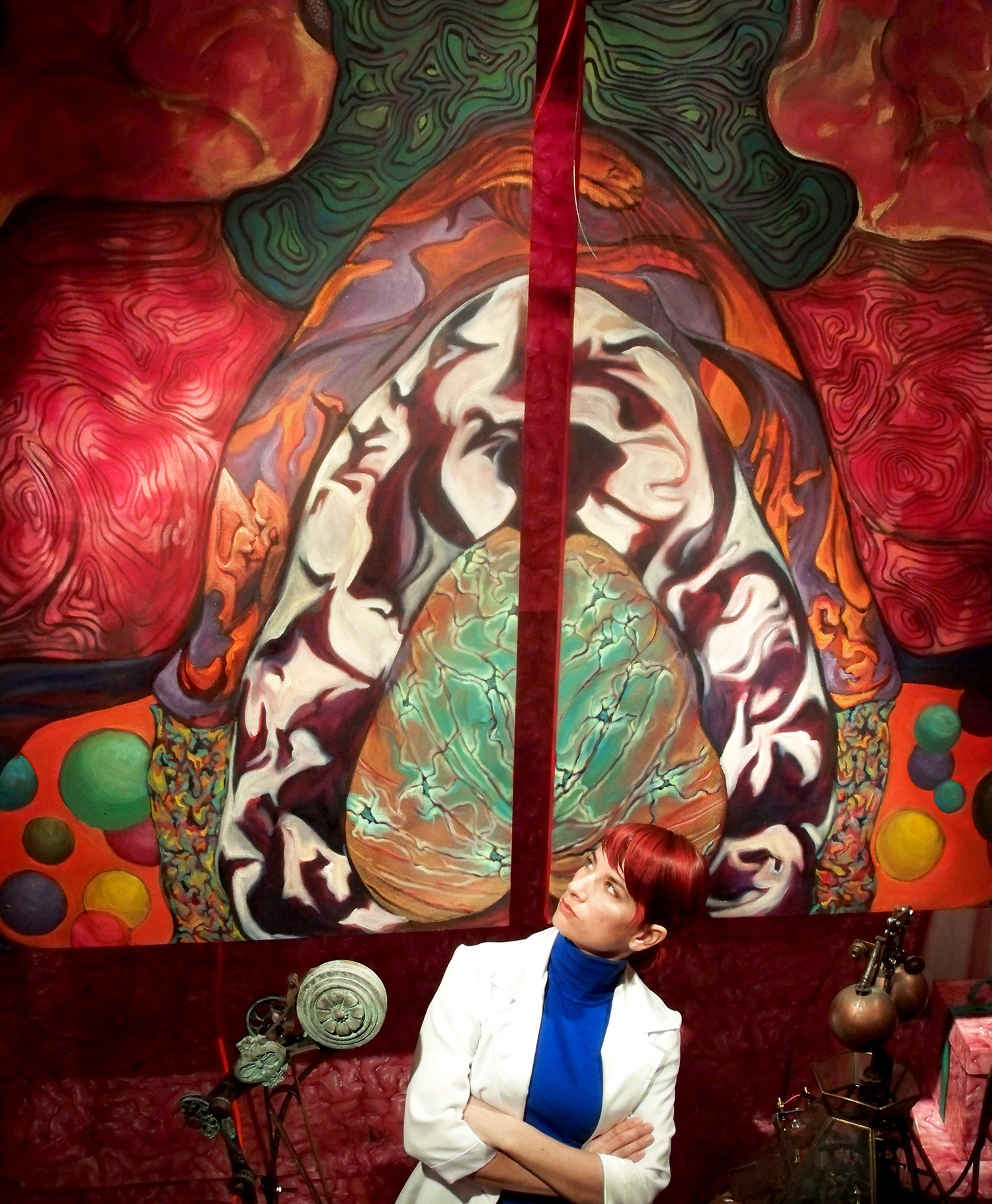 September 7, 2011 – The University of Utah (the U) Clinical Neurosciences Center and College of Fine Arts are collaborating to bring Utah-based artist Amy Caron’s “Waves of Mu” performance to campus this fall for a limited showing Sept. 14 – Oct. 4.

While unconventional, the pairing of neuroscience with fine art is exactly what artist Amy Caron had in mind when she created “Waves of Mu,” a mixed performance and visual art piece designed to stimulate public interest in modern neuroscience. “I want to engage and inform the audience about mirror neurons while simultaneously triggering the mirror neurons of those participating in the performance,” says Caron.

Mu waves (pronounced “myew”) are electromagnetic oscillations that are thought to reflect so-called mirror neuron activity in the brain.  Neuroscientist V.S. Ramachandran shook the scientific community in the late 1990’s when he announced that “the discovery of mirror neurons is the most important unpublicized story of the decade.”

The first part of “Waves of Mu” is a “wall-to-wall, floor-to-ceiling representation of neuroanatomy,” Caron says. The atmosphere is festive and vibrant. “The experience is designed as a party, with information that’s communicated socially,” she says.

The second part of the work is a performance with theater, video and audience interaction. Caron plays the role of an eccentric scientist leading her audience through a lesson on how mirror neurons function – in part by evoking a variety of emotional responses.

While Caron is not a neuroscientist herself, she captures the essence of brain activity successfully and utilizes a bachelor’s degree in dance from the U to translate that to her audience through interactive performance. In fact, Ramachandran writes that “Waves of Mu” is “a surprise that tells you something about yourself that you already know, but are not aware of. You experience what being human is all about.”

Stefan-M Pulst, MD, chair of neurology at the Clinical Neurosciences Center, notes that the collaborative culture at the University of Utah makes this performance possible. “Neurology and fine arts working together to inspire the public about both neuroscience and art is not something that would happen on every campus. Amy has created a show that we think initiates thinking, encourages discussion and builds community.”

“The College of Fine Arts is always seeking opportunities to inform as well as be informed,” explains Raymond Tymas-Jones, associate vice president for the arts and dean of the College of Fine Arts. He goes on to say that “Waves of Mu” offers “an opportunity for the arts to inform about science and vice-versa.  I am extremely excited about each occasion disparate disciplines discover how the world is interconnected in ways that are not always obvious.”

“Waves of Mu” first appeared in Salt Lake City for three sold-out shows in 2009. Caron returns to Utah after a successful series of runs in locales as diverse as New York City, Alaska, Duke University and Burlington, Vt.

The show opens Sept. 14 with a free public reception and gallery tour (RSVP requested via website below).  Performances run through Oct. 4 at the Film and Media Arts Building on the University of Utah campus.  Tickets are $7 per person. Audience members must be 21 or over for most performances; see website for details.