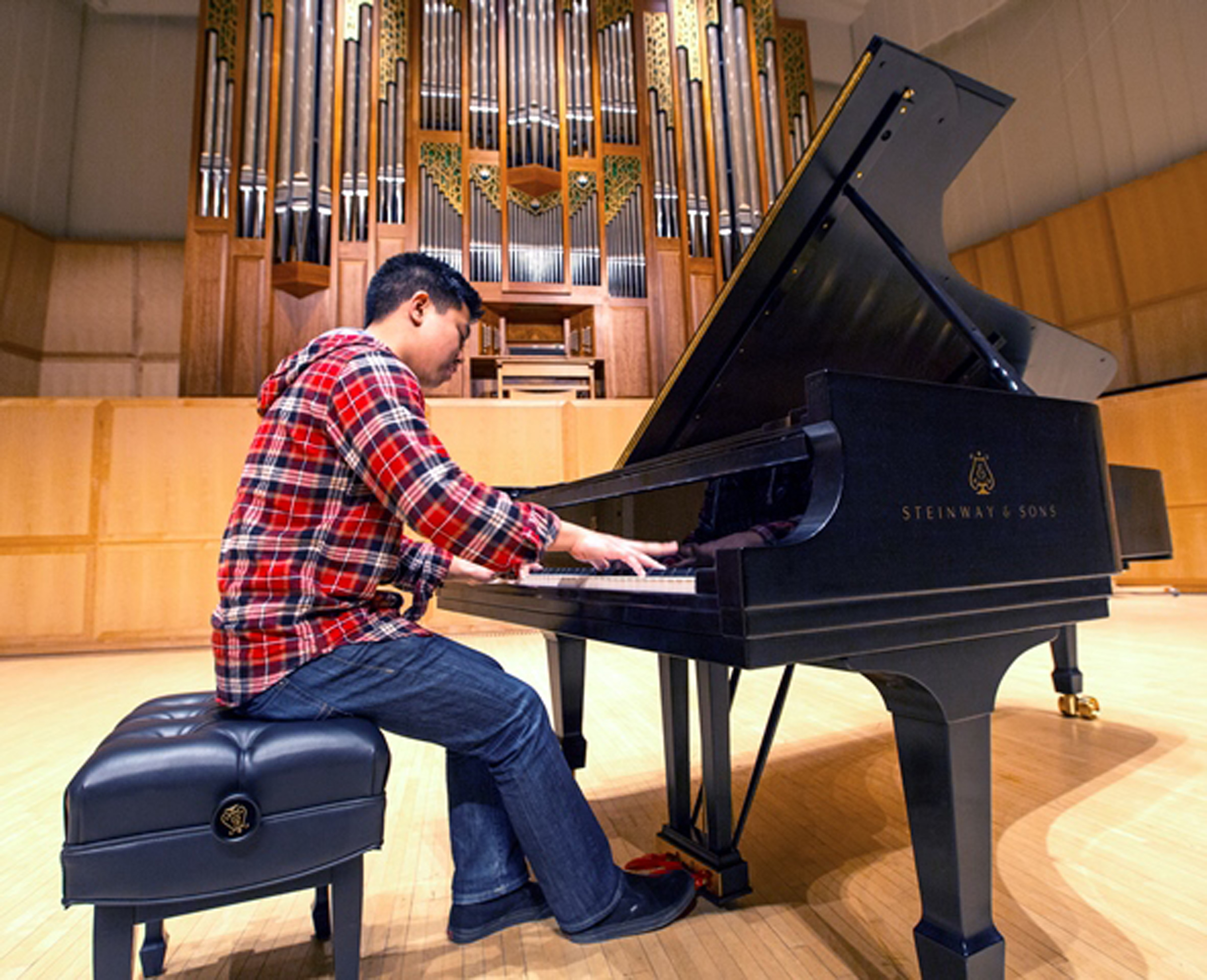 April 3, 2013 – In 1913, the country’s landscape and its culture had begun to change. New York City’s Grand Central Terminal opened, the nation’s first coast-to-coast highway was completed, the New York Armory Show introduced Picasso, Matisse, Duchamp to the public, and although the population of Salt Lake County was not yet 150,000, the University of Utah’s School of Music started its first program of piano instruction.

Countless performances and thousands of accomplished graduates later, the School of Music will mark the program’s timely beginning 100 years ago and its promising future with a year-long celebration, beginning tonight with an all-alumni concert at Steinway Hall in New York City.

Steinway Hall is a fitting venue for the performance, as the University of Utah was the first to be awarded the prestigious distinction of being an All-Steinway school in the Intermountain West and has seven Steinway Artists on faculty, among the highest number in the country. Many Utah students go on to pursue advanced degrees or careers performing in New York.

“Music holds a special place in the cultural language of Utah,” says David W. Pershing, president of the University of Utah. “And the university’s outstanding piano faculty, facilities and program attract gifted students from around the state and the world to perfect their skills, explore their natural gifts and create music that endures.”

Piano students not only perform, compete and win competitions on stages around the globe, they also use their skills to help kids in local communities by teaching piano in low-income schools through the Piano Outreach Program. The program not only helps children learn a life-long skill, but also seeks to improve their performance in core academic subjects, like math and reading.

“Generations of piano students have benefited from the piano program’s start 100 years ago, which has grown to the largest division in the School of Music,” says Susan Duehlmeier, chair of the piano area. “The program’s legacy—and its future—are graduates who become outstanding piano performers and teachers, well prepared for careers in music and leadership roles in their communities.”

Celebrating the milestone is a series of concerts that will be held throughout the centennial year, including home recitals in Salt Lake City featuring outstanding alumni and university piano faculty, and culminating next year with a concert in Libby Gardner Hall on April 13, 2014.

Tonight’s performance in New York features Utah alumni Whitney Pizza, Michael Stewart and Karén Hakobyan. Pizza graduated with a master’s in music in 2010, and is currently pursuing a doctorate at the Manhattan School of Music. Stewart received a bachelor’s in music and is pursuing a master’s degree in music at Mannes College The New School for Music. Hakobyan was born in Armenia, studied piano and composition at the U where he received a master’s in music in 2008. He recently completed postgraduate studies in performance at the Manhattan School of Music.

ABOUT THE SCHOOL OF MUSIC

The University of Utah School of Music offers a comprehensive program of music study on both the undergraduate and graduate levels. The School of Music educates professionally-oriented students across the musical spectrum through rigorous musical and academic experiences; serves the art of music through performance, composition, research and publication; and functions as the state’s center for intellectual, educational, and cultural musical activities. It has been an accredited member of the National Association of Schools of Music since 1952. http://www.music.utah.edu/