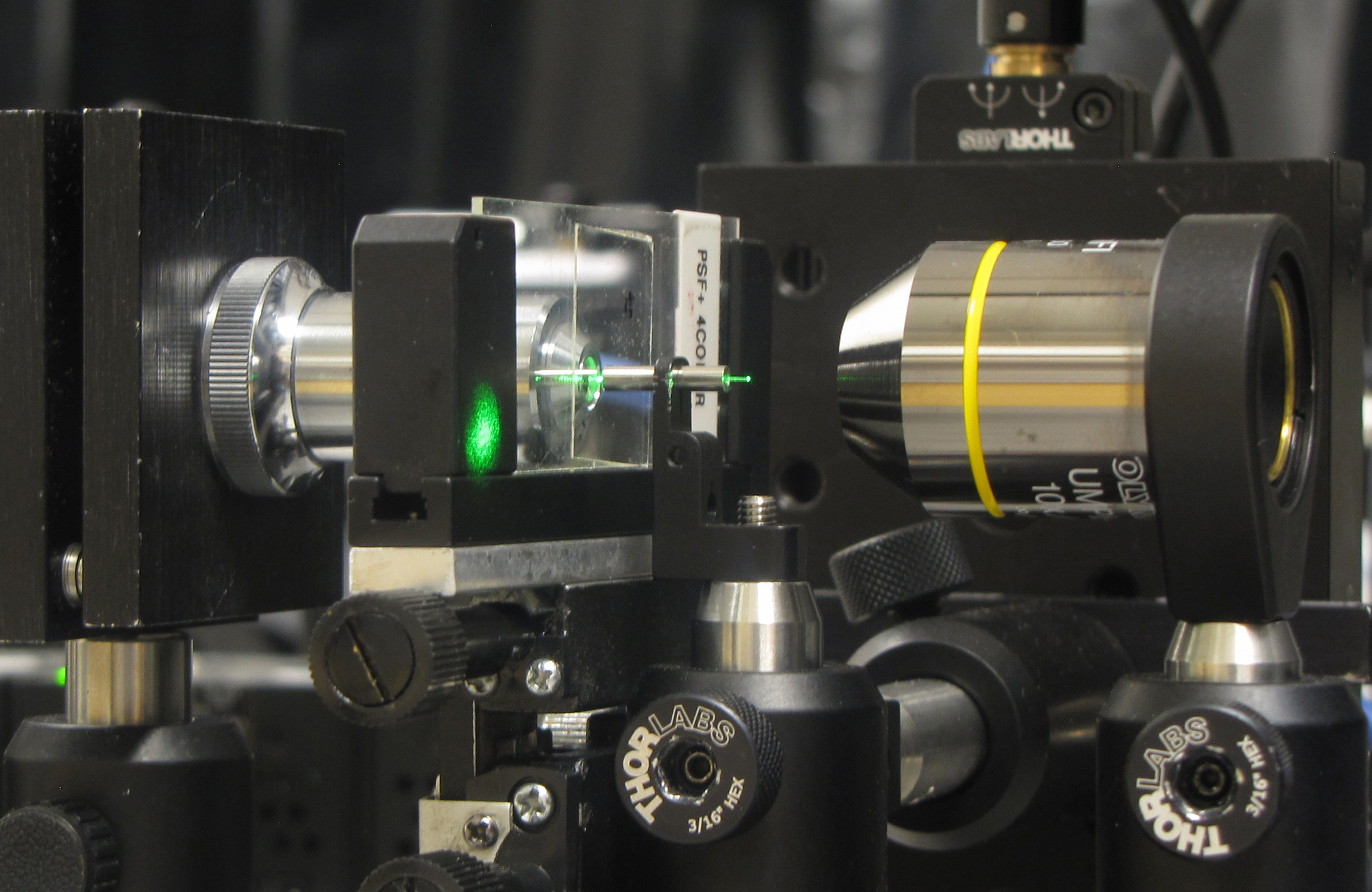 Aug. 13, 2014 – A University of Utah team discovered a method for turning a small, $40 needle into a 3-D microscope capable of taking images up to 70 times smaller than the width of a human hair. This new method not only produces high-quality images comparable to expensive microscopes, but may be implanted into the brains of living mice for imaging at the cellular level.

The study appears in the Aug. 18 issue of the journal Applied Physics Letters.

Designed by Rajesh Menon, an associate professor of electrical and computer engineering, and graduate student Ganghun Kim, the microscope technique works when an LED light is illuminated and guided through a fiberoptic needle or cannula. Returned pictures are reconstructed into 3-D images using algorithms developed by Menon and Kim.

“Unlike miniature microscopes, our approach does not use optics,” Menon says. “It’s primarily computational.”

He says this approach will allow researchers not only to take images far smaller than those taken by current miniature microscopes, but do it for a fraction of the cost.

“We can get approximately 1-micron-resolution images that only $250,000 and higher microscopes are capable of generating,” Menon says. “Miniature microscopes are limited to the few tens of microns.”

Menon hopes to extend the technology in the future so it can see details down to submicron resolutions, compared with the current 1.4 microns. (A micron is a millionth of a meter. A human hair is about 100 microns wide.)

The microscope was originally designed for the lab of Nobel Prize-winning U human genetics professor, Mario R. Capecchi, whose team will use it to observe the brains of living mice to gain insight into how certain proteins in the brain react to various stimuli. Because the microscope can be assembled so inexpensively and easily go into hard-to-reach places, Menon and Kim expect many other uses for the device.

“This microscope will open up new avenues of research,” Menon says. “Its low-cost, small-size, large field-of-view and implantable features will allow researchers to use this in fields ranging from biochemistry to mining.”