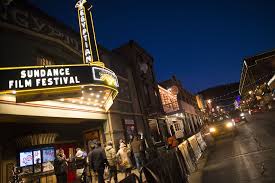 (May 14, 2015) Just how much does the glitz and glam of Utah’s famed Sundance Film Festival add to Utah’s economy?

The answer: millions, according to a new report issued by the University of Utah’s Bureau of Economic and Business Research at the David Eccles School of Business.

The report, “The Economic Impacts of Visitor and Sundance Institute Spending,” examined spending during the 2015 festival, held from Jan. 22 to Feb.1.

Author Jan Elise Stambro, a senior research economist, found the Sundance Film Festival affected Utah’s economy positively. She found those who attended the festival spent a total of $62.2 million during the 10-day period, with $57.2 million spent by non-residents and $5 million spent by locals.

She also examined several other economic facets of the festival. To read the full report,  click here.