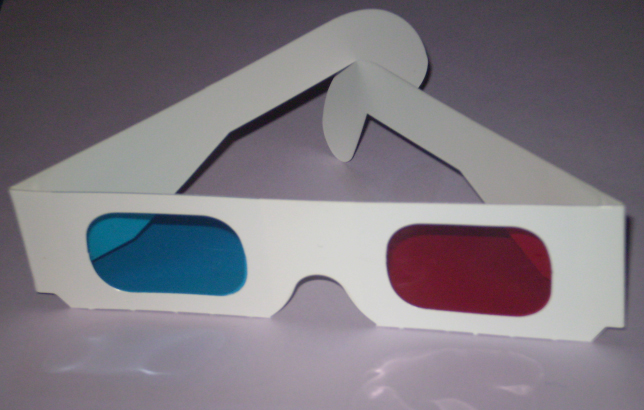 Sept. 4, 2014 – The increased visual realism of 3-D films is believed to offer viewers a more vivid and lifelike experience—more thrilling and intense than 2-D because it more closely approximates real life. However, psychology researchers at the University of Utah, among those who use film clips routinely in the lab to study patients’ emotional conditions, have found that there is no significant difference between the two formats. The results were published recently in PLOS ONE.

The study aimed to validate the effectiveness of 3-D film, a newer technology, as compared to 2-D film that is currently widely used as a research tool. Film clips are used in psychological and neuroscience studies as a standardized method for assessing emotional development. Because it is less invasive than other methods, it is especially useful when studying the emotional responses of young people for whom emotional well-being is critical to healthy development.

Author Sheila Crowell, assistant professor of psychology at the U, says that results of the large and tightly controlled study also suggest that as an entertainment medium, 3-D may not provide a different experience from 2-D, insofar as evoking emotional responses go.

“We set out to learn whether technological advances like 3-D enhance the study of emotion, especially for young patients who are routinely exposed to high-tech devices and mediums in their daily lives,” says Crowell. “Both 2-D and 3-D are equally effective at eliciting emotional responses, which also may mean that the expense involved in producing 3-D films is not creating much more than novelty. Further studies are of course warranted, but our findings should be encouraging to researchers who cannot now afford 3-D technologies.”

Researchers looked at several measures of emotional state in 408 subjects, including palm sweat, breathing and cardiovascular responses, such as heart rate. These measures are commonly used to gauge emotional responses.

Four film clips were chosen because each prompted one discrete emotion intensely and in context without viewing the entire film. Study participants viewed a 3-D and 2-D clip of approximately five minutes of each film: “My Bloody Valentine” (fear), “Despicable Me” (amusement), “Tangled” (sadness) and “The Polar Express” (thrill or excitement). Participants were randomized to view the films in a design that balanced the pairs of films watched, in which format, and order of presentation. The complex configurations allowed the researchers to compare not only emotional responses, but effects of format and viewing order on the results.

Taken as a whole, the results showed few significant differences between physiological reactions to the films. When accounting for the large number of statistical tests, only one difference was seen between the formats—the number of electrodermal responses (palm sweat) during a thrilling scene from “The Polar Express” 3-D clip. The researchers believe that could be because the 3-D content of the film is of especially high quality, with more and a larger variety of 3-D effects than the others.

Supporting the overall finding is that participants’ individual differences in anxiety, inability to control emotional responses or “thrill seeking” did not alter the psychological or physiological responses to 3-D viewing. In other words, personality differences did not change the results: 2-D is still equally effective for emotion elicitation. According to Crowell, “this could be good news for people who would rather not wear 3-D glasses or pay the extra money to see these types of films.”