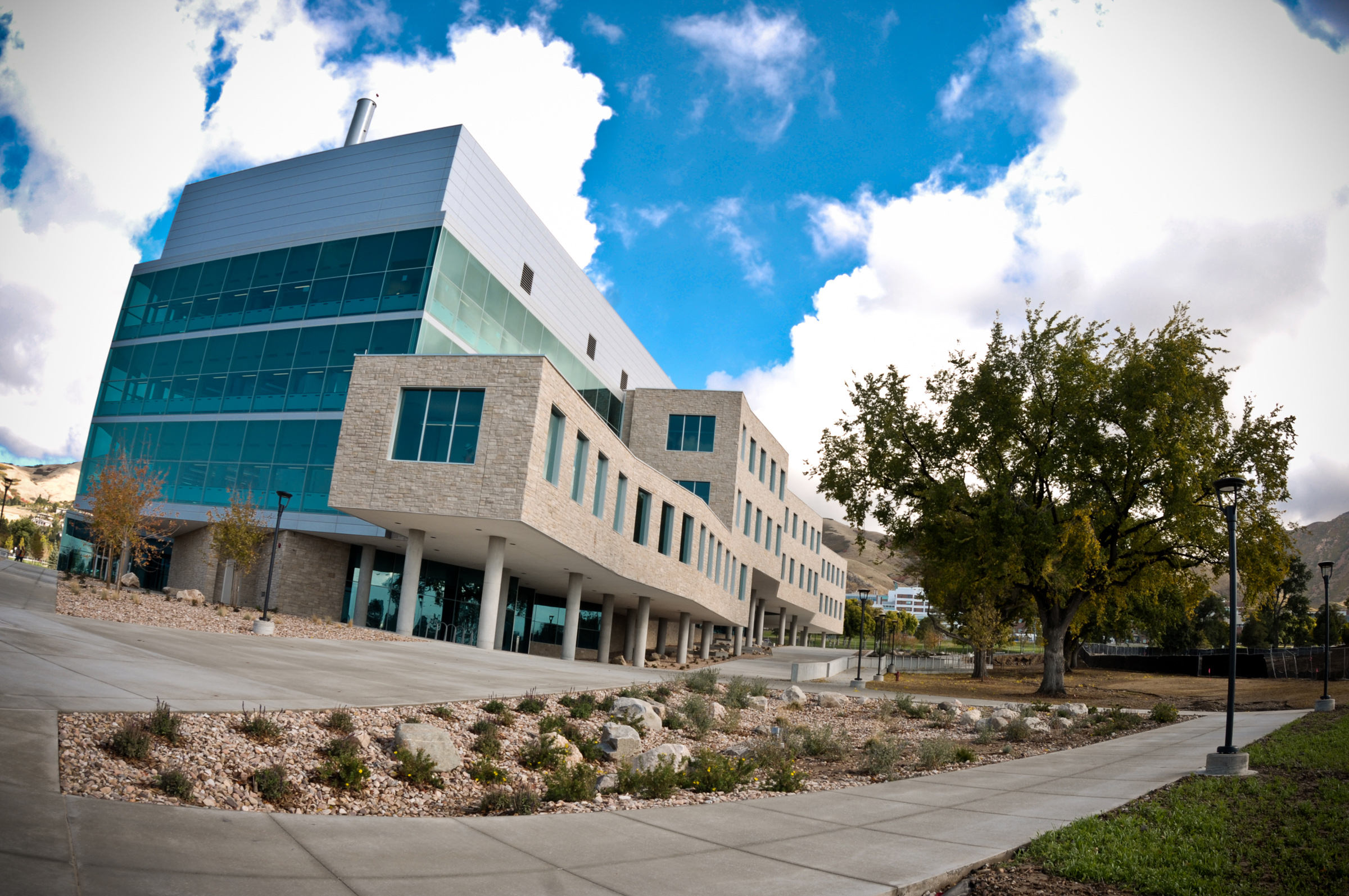 April 19, 2012 – The University of Utah (UofU) and the USTAR Governing Authority today cut the ribbon on a $130-million, sustainably designed interdisciplinary research facility, aimed at attracting some of the world’s most internationally recognized faculty and fueling Utah’s economic development activity.

The James L. Sorenson Molecular Biotechnology Building – A USTAR Innovation Center, was funded through a $100-million commitment from the state of Utah along with private gifts, among them $15 million from the Sorenson Legacy Foundation and $1.25 million from the Micron Technology Foundation. “We are pleased that the building bears the name of one of Utah’s most innovative and successful biomedical pioneers, James LeVoy Sorenson,” said David W. Pershing, University of Utah president.

“The building site both physically and academically unites the health sciences with main campus.  Through the USTAR initiative we are crossing traditional boundaries to accelerate research at the interfaces of medicine, pharmacy, engineering, computer science and life sciences,” said Dinesh Patel, managing director at vSpring Capital and chairman of the USTAR Governing Authority.

The 208,000-square-foot building houses senior faculty researchers, plus junior faculty, administrative and laboratory personnel.  The building contains both flexible, open-bench research laboratories as well as specialty core research facilities for biomedical microscopy, engineering microscopy, and nano-fabrication. Open lab space has adjacent closed equipment rooms and nearby office space for the principal investigators. The flexible laboratories and their core support labs are designed to support the collaboration of scientists in many disciplines with the most sophisticated scientific tools and equipment.

The energy-efficient facility is setting a high standard for sustainable design that will reduce both energy use and energy costs from current laboratory code requirements by a minimum of 40 percent.

To date, The University of Utah has successfully recruited 33 high-profile researchers through the USTAR initiative, from universities such as Harvard, UCLA and Brown, in clusters ranging from nanomaterials, nanomedicine and drug delivery, to genetics, bioimage analysis and the neurobiology of developmental disorders.

USTAR’s full impact will be realized when new research teams commercialize innovative technologies and products. From inception through the end of FY11, the University of Utah’s USTAR faculty leaders have generated nearly $76 million in grants, with more than $80 million in research proposals pending. Through FYI, USTAR teams have had 146 invention disclosures and patent filings.

About USTAR
The Utah Science Technology and Research Initiative (USTAR) is a long-term, state-funded investment to strengthen Utah’s “knowledge economy” and generate high-paying jobs. Funded in March 2006 by the State Legislature, USTAR is based on three program areas. The first area involves funding for strategic investments at the University of Utah and Utah State University to recruit world-class researchers. The second area is to build state-of-the-art interdisciplinary facilities at these institutions for the innovation teams. The third program area involves teams that work with companies and entrepreneurs across the state to promote science, innovation and commercialization activities. For more information, go to www.innovationutah.com or follow http://twitter.com/Innovationutah.