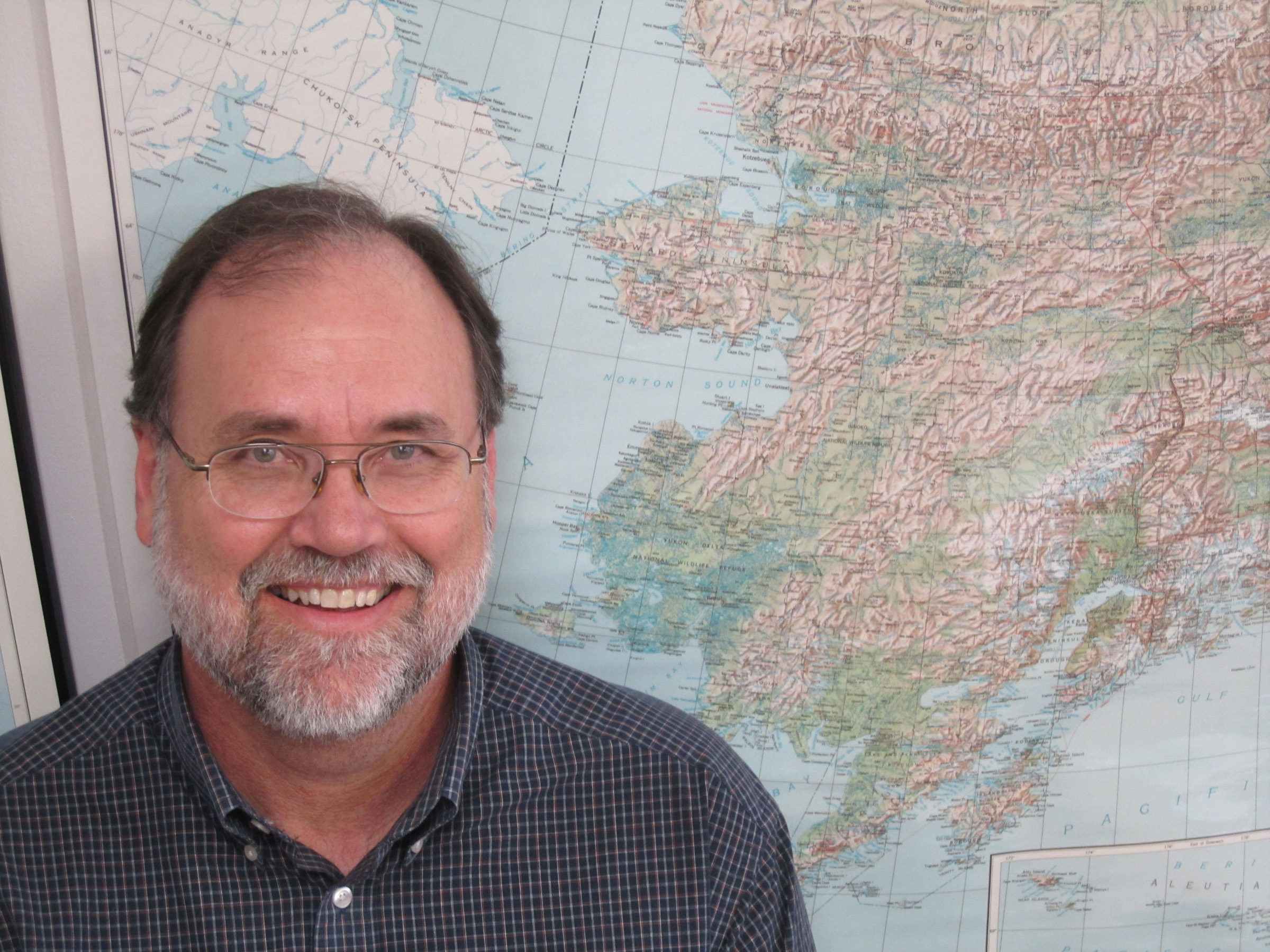 Feb. 27, 2014 – Genetic and environmental evidence indicates that after the ancestors of Native Americans left Asia, they spent 10,000 years in shrubby lowlands on a broad land bridge that once linked Siberia and Alaska. Archaeological evidence is lacking because it drowned beneath the Bering Sea when sea levels rose.

University of Utah anthropologist Dennis O’Rourke and two colleagues make that argument in the Friday, Feb. 28, issue of the journal Science. They seek to reconcile existing genetic and paleoenvironmental evidence for human habitation on the Bering land bridge – also called Beringia – with an absence of archaeological evidence.

O’Rourke says cumulative evidence indicates the ancestors of Native Americans lived on the Bering land bridge “in the neighborhood of 10,000 years,” from roughly 25,000 years ago until they began moving into the Americas about 15,000 years ago once glacial ice sheets melted and opened migration routes.

O’Rourke co-authored the Science Perspective column – titled “Out of Beringia?” – with archaeologist John Hoffecker of the University of Colorado at Boulder, and Scott Elias, a paleoecologist at the University of London. Perspective columns in Science don’t feature research by the authors, but instead are meant to highlight and provide context for exciting new research in a field or across fields.

“Nobody disputes that the ancestors of Native American peoples came from Asia over the coast and interior of the land bridge” during an ice age called the “last glacial maximum,” which lasted from 28,000 to at least 18,000 years ago, O’Rourke says,

The ice sheets extended south into the Pacific Northwest, Wyoming, Wisconsin and Ohio. Large expanses of Siberia and Beringia were cold but lacked glaciers.

The absence of archaeological sites and the inhospitable nature of open, treeless landscape known as tundra steppe mean that “archaeologists have not given much credence to the idea there was a population that lived on the Bering land bridge for thousands of years,” he adds.

O’Rourke and colleagues say that in recent years, paleoecologists – scientists who study ancient environments – drilled sediment cores from the Bering Sea and Alaskan bogs. Those sediments contain pollen, plant and insect fossils, suggesting the Bering land bridge wasn’t just barren, grassy tundra steppe but was dotted by “refugia” or refuges where there were brushy shrubs and even trees such as spruce, birch, willow and alder.

“We’re putting it together with the archaeology and genetics that speak to American origins and saying, look, there was an environment with trees and shrubs that was very different than the open, grassy steppe. It was an area where people could have had resources, lived and persisted through the last glacial maximum in Beringia,” O’Rourke says. “That may have been critical for the people to subsist because they would have had wood for construction and for fires. Otherwise, they would have had to use bone, which is difficult to burn.”

A Frozen, Isolated Dawn for the Earliest Americans

The theory that humans inhabited the Bering land bridge for some 10,000 years “helps explain how a Native American genome (genetic blueprint) became separate from its Asian ancestor,” O’Rourke says.

“At some point, the genetic blueprint that defines Native American populations had to become distinct from that Asian ancestry,” he explains. “The only way to do that was for the population to be isolated. Most of us don’t believe that isolation took place in Siberia because we don’t see a place where a population could be sufficiently isolated. It would always have been in contact with other Asian groups on its periphery.”

“But if there were these shrub-tundra refugia in central Beringia, that provided a place where isolation could occur” due to distance from Siberia, O’Rourke says.

“This result indicated that a substantial population existed somewhere, in isolation from the rest of Asia, while its genome differentiated from the parental Asian genome,” O’Rourke says. “The researchers suggested Beringia as the location for this isolated population, and suggested it existed there for several thousand years before members of the population migrated southward into the rest of North and, ultimately, South America as retreating glaciers provided routes for southern migration.”

“Several other genetic-genomic analyses of Native American populations have resulted in similar conclusions,” he adds.

“For a long time, many of us thought the land bridge was a uniform tundra-steppe environment” – a broad windswept grassland devoid of shrubs and trees, O’Rourke says. But in recent years, sediment cores drilled in the Bering Sea and along the Alaskan coast – the now-submerged lowlands of Beringia – found pollens of trees and shrubs.

That “suggests Beringia was not a uniform tundra-steppe environment, but a patchwork of environments, including substantial areas of lowland shrub tundra,” O’Rourke says. “These shrub-tundra areas were likely refugia for a population that would be invisible archaeologically, since the former Beringian lowlands are now submerged.”

“Large herd animals like bison or mammoths likely lived on the highland steppe tundra because they graze. Many smaller animals, birds, elk and moose (which browse shrubs instead of grazing on grass) would have been in the shrub tundra,” he adds.

Other research indicates “that much of Beringia – particularly the lowlands – appears to have had average summer temperatures nearly identical (or only slightly cooler in some regions) to those in the region today,” O’Rourke says. “The local environments likely were not as daunting as many have assumed for years. They probably hunkered down pretty good in the winter though. It would have been cold.”

The idea that rising sea levels covered evidence of human migration to the Americas has long been cited by researchers studying how early Native Americans moved south along the Pacific coast as the glaciers receded and sea levels rose. O’Rourke says the idea hasn’t been used before to explain the scarcity of archaeological sites in Alaska and Siberia, which were highlands when the land bridge was exposed.

But O’Rourke and his colleagues say archaeological sites must be found in Beringia if the long human layover there is to be confirmed. Although most such sites are underwater, some evidence of human habitation in shrub tundra might remain above sea level in low-lying portions of Alaska and eastern Chukotka (in Russia).”