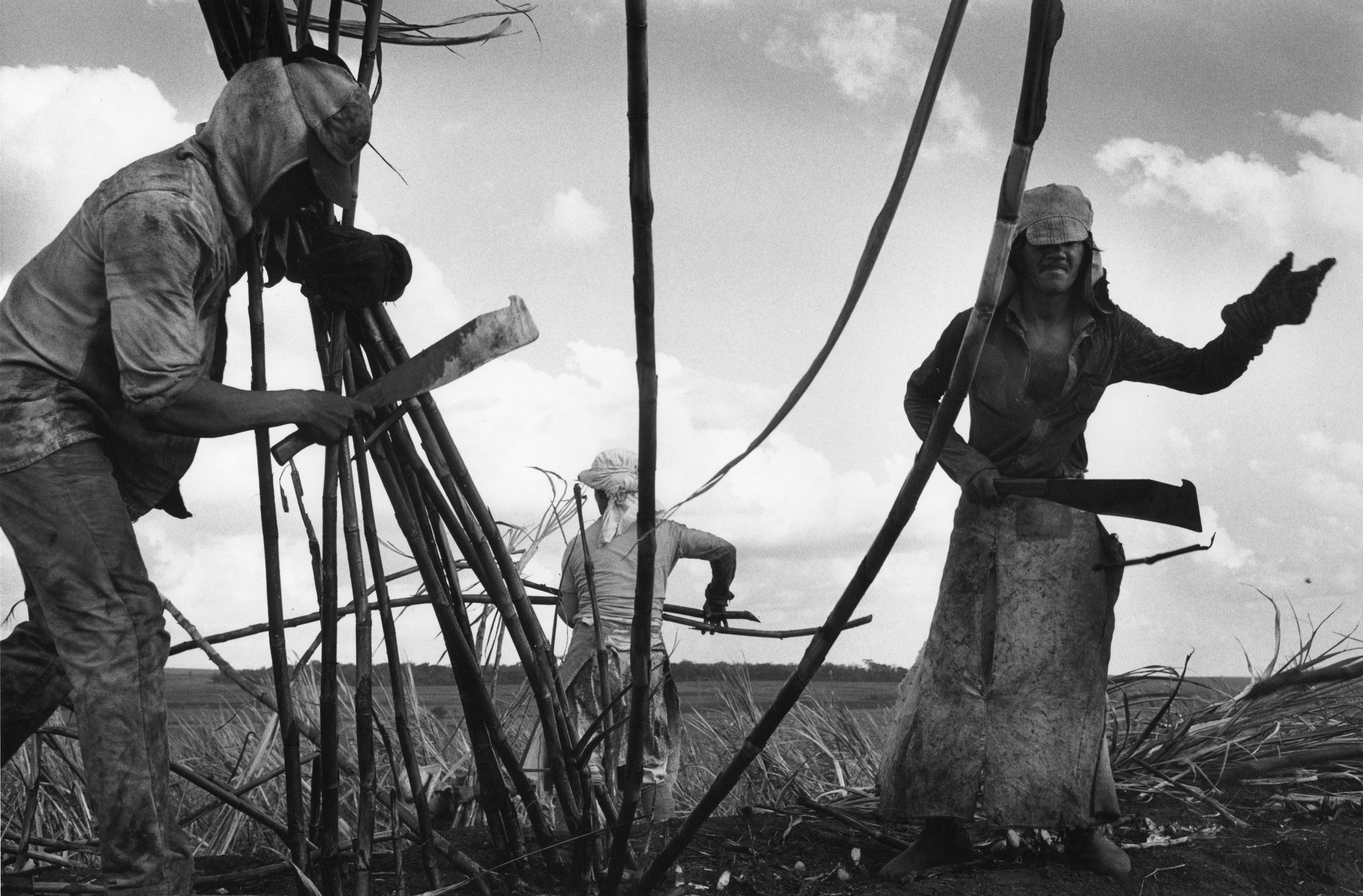 September 8, 2003 — The University of Utah’s 2003-2004 Tanner Lecture on Human Values will be given by world-renowned humanitarian photojournalist Sebastião Salgado on Tuesday, Sept. 23, at 8 p.m., in the University of Utah’s Gardner Hall, located on Presidents Circle. Salgado’s lecture, “Art, Globalism, and Cultural Instability,” is free and open to the community.

The Tanner Lectures on Human Values, founded by University of Utah scholar and philanthropist Obert C. Tanner, are given each year at Oxford, Cambridge, Harvard, Princeton, Yale, Michigan, Berkeley, Stanford and the University of Utah, where Tanner lectured for 29 years.

“The committee is honored to present on the University of Utah campus one of today’s most accomplished photographers to speak about globalism, its outcomes and its unintended results for local peoples,” notes Susan Miller, professor of English and chair of the Tanner Lecture committee. “Salgado’s work, beautifully rendered images of terrible human suffering, illustrates how art can affect public opinion and provoke debate.”

Brazilian-born Salgado, who has won more than 50 international awards for his work, documents in stark black-and-white photography the fundamental dignity of all humanity while simultaneously protesting its violation by war, poverty and injustice. His artistic images, which he calls “very long-term stories,” are as diverse as Vietnamese fishermen, orphaned Sudanese children, famine in Sahel, Africa, and agrarian protests in Brazil. In chronicling the lives of the world’s dispossessed, he has filled more than nine books and many more exhibitions. In April 2001, Salgado, now 59, was appointed as a UNICEF Special Representative.

“More than ever, I feel that the human race is one,” Salgado writes in the introduction to his book Migrations. ” There are differences of colour, language, culture and opportunities, but people’s feelings and reactions are alike. People flee wars to escape death, they migrate to improve their fortunes, they build new lives in foreign lands, they adapt to extreme hardship. . . .”

Salgado completed coursework for his Ph.D. in economics at the University of Paris and worked as an economist for the International Coffee Organization, a growers’ advocacy group, until 1973. After borrowing his wife Lélia’s camera on a trip to Africa, in 1973, he decided to work in photography, which launched his career in art and social action. He worked for several agencies and, from his base in Paris, was dispatched to document events in Mozambique, Portugal and Niger. He covered the wars in Angola and the Spanish Sahara, the taking of Israeli hostages in Entebbe and the attempted assassination of President Ronald Reagan, coverage that brought him into the public eye.

Salgado eventually began to pursue more personal, extended documentary projects, including Other Americas (1986), an exploration of peasant cultures and the cultural resistance of Indians and their descendants in Mexico and Brazil; Sahel: L’Homme en Détresse (Sahel: Man in Distress, 1986), a documentary on the dignity and endurance of people in their deepest suffering; Workers (1993), a documentary shot in 26 countries about the end of large-scale manual labor; Terra: Struggle of the Landless (1997), about those fighting to reclaim their land in his native country of Brazil; and Migrations and The Children (2000), both about the plight of displaced persons, refugees and migrants in 41 countries. Among the many awards he has received for his work are the W. Eugene Smith Award for Humanitarian Photography (1982), ICP’s Photojournalist of the Year (1988), and the Alfred Eisenstaedt Life Legend Award (1998.) In 1994 Salgado founded Amazonas Images with his wife and collaborator Lélia Wanick Salgado, who has designed most of his books. He is based in Paris.

Several other events, all free and open to the community, will be held in conjunction with Salgado’s upcoming lecture.

“Activist Art and Social Change,” a panel discussion and workshop tour of the exhibit will be held Monday, Sept. 22, from 3 until 5 p.m., at the Utah Museum of Fine Arts at the University of Utah. The event will begin in the museum’s Dumke Auditorium. Participants will include Ken Light, curator of the Center for Photography at the Graduate School of Journalism at the University of California Berkeley and author of Texas Death Row (1997), Delta Time (1995), and Witness In Our Time: The Lives of Social Documentary Photographers (2000), and Fred Ritchin, professor of photography and communication at New York University, a former picture editor of The New York Times Magazine (1978-82), author of In Our Own Image: The Coming Revolution in Photography (1990 & 1999), and co-author of An Uncertain Grace: The Photographs of Sebastião Salgado (1990).

Another panel discussion, “Globalism: Changing Cultures in a Global World,” will be presented on Tuesday, Sept. 23, from noon until 2 p.m., in the Marriott Library’s Gould Auditorium. The panelists will be Shifra M. Goldman and Lewis Gordon. Goldman is a research associate and teacher at the Latin American Center, UCLA. Her publications include Contemporary Mexican Painting in a Time of Change (1981) and Dimensions of the Americas: Art and Social Change in Latin America and the United States (1994). She has also written for the Los Angeles Times. Gordon, 2002-2003 fellow at the Wallace Stegner Center for Land, Resources and the Environment and a University of Utah adjunct professor of law, was the managing partner of the law firm that represented the plaintiffs’ steering committee in the Exxon-Valdez case. His recent work includes briefs for the Inter-American Commission on Human Rights on behalf of indigenous peoples and environmental defenders.

The Utah Museum of Fine Arts will present “Terra: Photographs by Sebastião Salgado,” from Sept. 5 to Nov. 9. Museum hours are 10 a.m. until 5 p.m. on weekdays and noon to 5 p.m. on weekends. The exhibit, comprised of 20 photographs, documents rural Brazilians’ attempts to retain their land, as well as the brutal outcomes of that struggle. Salgado’s images emphasize the right of all people to be treated justly, regardless of economic or social status.

As part of public programming surrounding the photographic exhibit, Amnesty International will feature the film Strong Roots: The Landless Worker’s Movement in Brazil (Raiz Forte) as part of its film festival in the Utah Museum of Fine Arts Dumke Auditorium, on Sept. 13, at 3 p.m.

Two community photography exhibits will be held in conjunction with Salgado’s visit to campus.

With the sponsorship of Pictureline and the U’s Bennion Community Service Center, photographs and commentary by third graders from Parkview Elementary School, in Salt Lake City, will be displayed in honor of Salgado’s work, from Sept. 15 through Oct. 3, in the University’s Bailey Hall, located in the Architecture Building.

An exhibit of environmental photography by Salt Lake City West High students and participants in the Department of English’s Family Literacy Center, will be held in the U’s Union Gallery, from Sept. 15 through Oct. 3.

A screening of the film The Spectre of Hope will be held on Wednesday, Sept. 24, from noon until 2 p.m., in the Marriott Library’s Gould Auditorium. The film documents an intimate conversation between Sebastião Salgado and art and photography critic John Berger about Salgado’s Migrations collection of photographs. The short film will be followed by a closing discussion.

For more information on the Tanner Lecture events, call 801-581-7095, or go to www.tannerlectures.utah.edu.

The University of Utah seeks to provide equal access to its programs, services and activities for people with disabilities. Reasonable prior notice is needed to arrange accommodations. For more information, please call 801-581-7095.