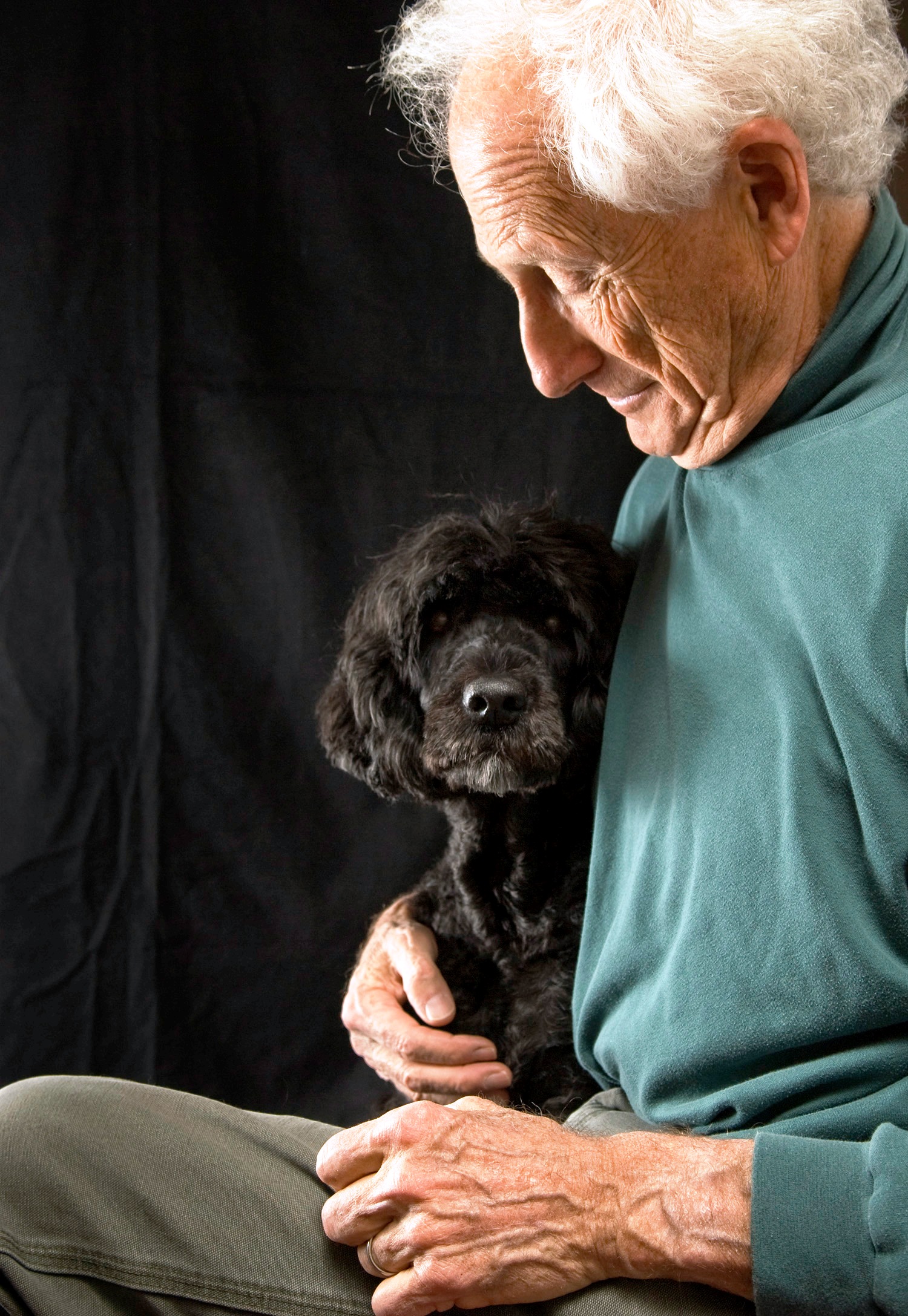 It was part of a National Institutes of Health (NIH) study – published online Thursday, Aug. 27 by the journal Science – showing that variations in only three genes account for the seven major types of coat seen in purebred dogs. The findings also point the way toward understanding complex human diseases caused by multiple genes.

“We were part of a team that found three genes that control 90 percent of the seven coat types that characterize different breeds of purebred dogs,” says K. Gordon Lark, one of 20 co-authors of the study and a distinguished professor emeritus of biology at the University of Utah.

The study’s first author is Edouard Cadieu, and its senior author is Elaine Ostrander, both of the National Human Genome Research Institute in Bethesda, Md. Other authors came from that institute, which is part of NIH, and from the University of California’s Davis and Los Angeles campuses, Cornell University in Ithaca, N.Y., and Affymetrix Corp., in Santa Clara, Calif.

The study showed that combinations of various forms of only three genes – named RSPO2, FGF5 and KRT71 – account for seven major coat types in purebred dogs.

By analyzing more than 1,000 dogs from 80 domestic breeds, the researchers found that RSPO2 is the gene associated with whether or not a dog has a moustache and large eyebrows (known together as “furnishings”); FGF5 is linked to whether a dog’s fur is long or short; and KRT71 determines if the hair is curly or wavy.

Mutant Genes and the Well-dressed Dog

All purebred dogs have the three genes, but the presence or absence of mutant, variant forms of those genes – rather than the ancestral forms inherited from wolves – determines coat types:

Chase says breeders characterized First Dog Bo as curly with furnishings, while Lark’s Portuguese water dog, Mopsa, has wavy hair, even though she appears pretty curly. Chase notes that the KRT71 gene really controls the extent of curl, not curl versus no curl.

What about the fur characteristics of mutts? Because mutts are not part of a closed breeding population like each breed of purebred dog, it’s difficult to separate the genetic contributors to their traits, Chase says.

“We don’t know enough about the genetics of mutts,” Lark adds.

Chase and Lark assisted the NIH research by sharing data on Portuguese water dogs, which they have studied for years.

“Our contribution to this paper is data collected on the Portuguese water dog that indicated that keratin genes controlled the amount of curliness,” Lark says. “Our data plus other data from the Ostrander group narrowed this down to KRT71.”

KRT71 carries the code that produces keratin 71, a structural protein in hair.

Even though he and Chase studied the genetics of curliness stemming from KRT71, Lark says the other two genes involved in determining dog coat types are more interesting in the sense that they produce proteins that regulate a variety of processes in living organisms, not just the kind of coat a dog has. That makes them relevant to diseases of dogs and humans.

“Dogs share many diseases and other traits with humans,” Lark says. “That’s why they were used for many decades so extensively for pharmaceutical and medical-physiological-biochemical testing. Not surprisingly they share much of their genome [genetic blueprint] with humans also.”

Lark says a dog bred for a desired trait may end up, years later, more vulnerable to cancer, immune disorders or other diseases of aging, and thus have a shorter life span.

“Ultimately the most important part of this paper – mostly the work of Ostrander’s group – is that we will be able to get glimpses of how major regulatory genes interact with other genes to change the functioning of an animal in a way that does not kill it, but that may eventually compromise its longevity or its functioning as it ages,” Lark says.

A Pup for a President and a Geneticist

Lark, once a soybean geneticist, has run a long-term dog genetics research effort known as the Georgie Project, after Georgie, a stray Portuguese water dog he adopted in 1986. Georgie died in 1996, and when Lark sought a replacement, a breeder sent him Mopsa – now 13 years old – and nagged him to study the breed’s genetics.

Lark and Chase learned that the breed was ideal for genetics research because all Portuguese water dogs descended from a small group of “founders” and could help the search for genes responsible for complex traits – including human diseases caused by multiple interacting genes.

Portuguese water dogs gained publicity earlier this year when President Obama fulfilled his promise to get a dog for his daughters by obtaining Bo, a Portuguese water dog, reportedly as a gift from U.S. Sen. Edward Kennedy, D-Mass.

“As a supporter of Obama, I feel glad that he has a good dog,” Lark says. “He has good taste and a good dog.”

The portion of the new study conducted at the University of Utah was funded by NIH’s National Institute of General Medical Sciences, the Judith L. Chiara Charitable Fund and the Nestle Purina PetCare Co.