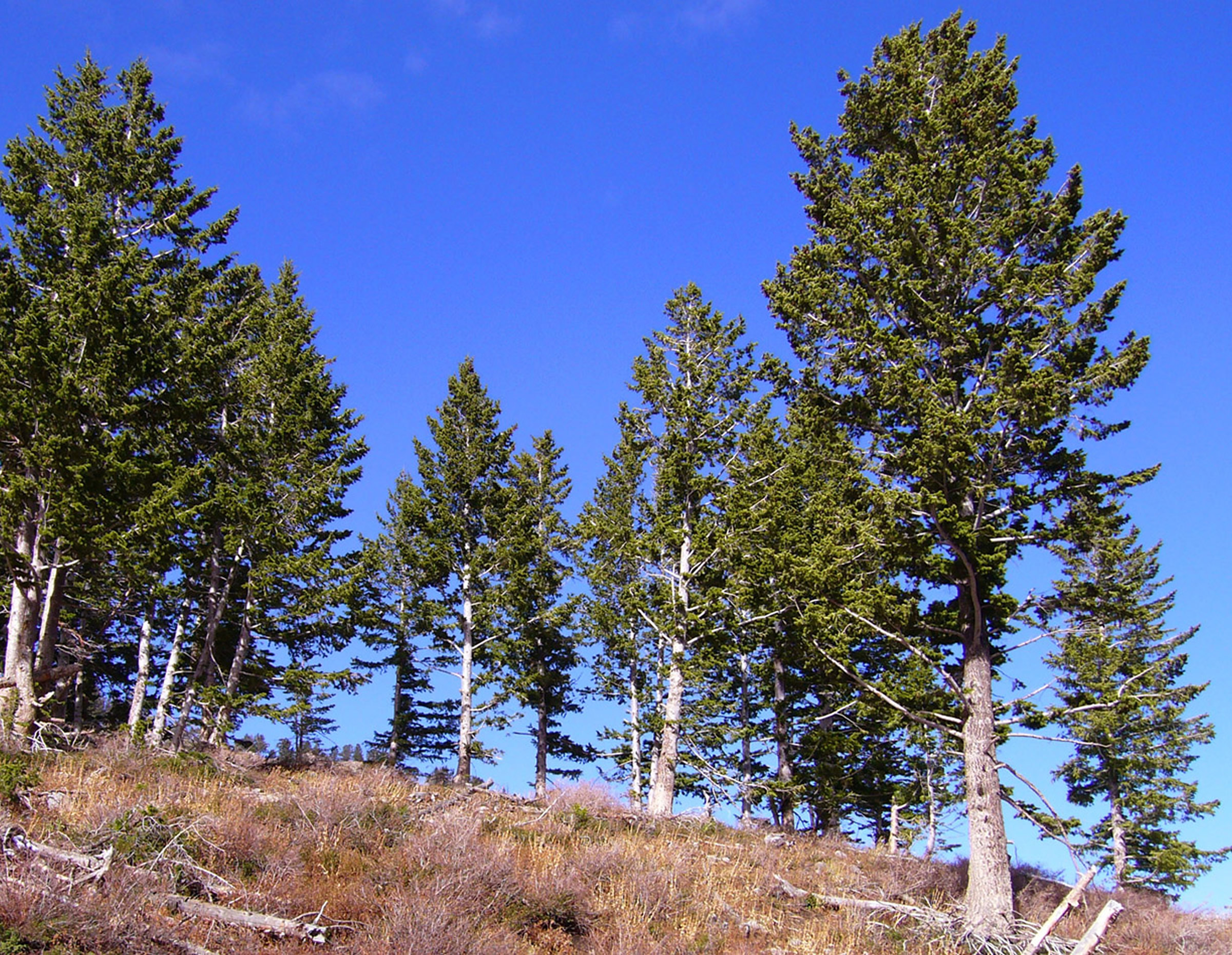 Dec. 22, 2005 – Conifers such as Christmas trees suffer a severe plumbing problem. The “pipes” that carry water through firs, pines and other conifers are 10 times shorter than those in flowering trees. But a University of Utah study suggests why conifers not only survive but thrive: efficient microscopic valves let water flow through conifers about as easily as it flows through other trees.

“When you are sitting around and admiring your Christmas tree, consider that it owes its existence in part to this clever microscopic valve,” says John Sperry, a University of Utah biology professor who led the research team. “Without these valves, conifers could be much less common than they are, and conceivably their survival might be marginal.”

The journal Science is publishing the study Dec. 23, two days before Christmas.

Sperry says that if conifers had not evolved easy-flow valves to make up for the short length of their water pipes or conduits, “it is doubtful they could hold their own with angiosperms [flowering trees] in today’s forests. It’s doubtful they would dominate whole regions of North America.”

While scientists cannot really know if conifers might have gone extinct without their efficient type of water valve, “what this study shows is that without this valve, it would be 38 times harder for conifers to take up water, which would put them at a serious disadvantage in competition with flowering trees in temperate forests,” says Sperry.

The study was part of a University of Utah doctoral thesis by Jarmila Pitterman, now a postdoctoral fellow at the University of California, Berkeley. She and Sperry conducted the study with other University of Utah biologists: Uwe Hacke, a research assistant professor; lab technician James Wheeler, who has since left for graduate school at Harvard University; and Elzard Sikkema, an undergraduate.

The Plumbing System of Trees

The numerous parallel “pipes” that carry water upward through the woody trunks of evergreen coniferous trees are single-celled conduits called “tracheids” and are only a few millimeters long (about one eighth of an inch). In flowering trees, the pipes are multicellular conduits called vessels and are 10 times longer, or a few centimeters long (more than one inch).

Yet conifers thrive, and they dominate forests in many regions of Earth. Hacke says the planet’s tallest trees are conifers: redwoods and sequoias. So are the oldest trees, bristlecone pines. So how did conifers overcome the handicap of short pipes?

Scientists already knew that the valves between water pipes or conduits are far different in conifers than in angiosperms, or flowering trees, but they did not know how that difference affected water flow. In the new study, the biologists measured water flow through twigs from 18 species of conifers and 29 species of angiosperms.

The researchers connected both ends of each twig to plastic tubing, used an elevated reservoir’s gravity to force water into one end of each twig, and then used an electronic balance to weigh water dripping out the other end. Then, based on the number of conduits and valves in twigs and their known dimensions, the biologists calculated the resistance to water flow of both the conduits and the valves.

The pits or valves that connect the water conduits in trees not only carry water up trees from the roots, but also prevent air from entering the conduits and killing trees.

The Structure of Water Valves in Trees

The valves are in “end walls” at both ends of water conduits. In conifers, there are about 25 to 50 valves at each end of a conduit; in flowering trees there are many more.

These valves are disk-shaped membranes. In flowering trees, the membranes are homogenous, with water seeping through microscopic pores. But in conifers, the valve membranes have what is known as “torus-margo” structure that resembles a bird’s-eye-view of a circular trampoline.

“It’s like a trampoline in that the torus is the mat, and the margo represents the supporting springs with holes between them,” Sperry says. “The margo holds the torus in place just like springs hold the trampoline in place.”

The bottom line is that conifers have shorter conduits and fewer valves, both of which would increase resistance to water flow, “but they compensate for that because each individual valve is so much more efficient,” Sperry says. “The flow resistance through a valve of a given size is 59 times lower in a Christmas tree than in an oak tree.”

“The evolution of the specialized valve and the specialized conduit are both ways of achieving more efficient water transport within a tree,” for conifers and flowering trees, respectively, Sperry says.

He says that as angiosperms evolved and competed with conifers for water, “it is quite possible that if conifers hadn’t evolved this efficient valve, they wouldn’t have been as conspicuous an element of today’s forests. Being at such a tremendous disadvantage in the competition for water, it is unlikely they would be such a dominant element in modern forests.”