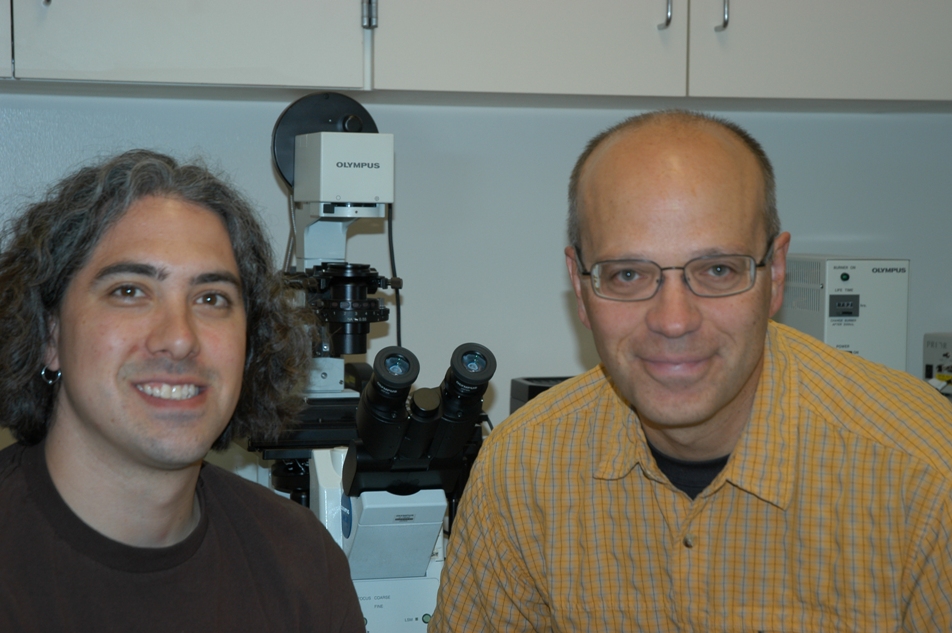 Oct. 1, 2008 — When a cell’s chromosomes lose their ends, the cell usually kills itself to stem the genetic damage. But University of Utah biologists discovered how those cells can evade suicide and start down the path to cancer.

Details of how the process works someday may provide new ways to treat cancer.

The new study of fruit flies is the first to show in animals that losing just one telomere – the end of a chromosome – can lead to many abnormalities in a cell’s chromosomes, which are strands of DNA that carry genes.

“The essential point is that loss of a single telomere may be a primary event that puts a cell on the road to cancer,” says Kent Golic, a professor of biology at the University of Utah and senior author of the study, which will be published online soon in the December issue of the journal Genetics.

Fruit flies have four pairs of chromosomes. Humans have 23 pairs. Each chromosome has two ends, called telomeres, which often are compared with the plastic tips of shoe laces. When those tips are lost or break, the shoelace frays. Previous research has shown that aging and cancer often are associated with loss or shortening of telomeres.

To protect an organism against cancer, most cells with broken or missing telomeres undergo “apoptosis,” also known as cell suicide. But Golic and Simon Titen, a postdoctoral fellow in biology, found how fruit fly cells with a missing telomere sometimes avoid suicide and instead continue to divide and develop early characteristics of cancer.

Normally when a chromosome is damaged, the cell carrying the chromosome turns on a gene named p53, which helps kill the cell. When mutated, p53 fails to carry out this vital function. That is why mutant p53 is a cancer-causing gene and is found in most human tumors.

Golic and Titen found that normal p53 and so-called “checkpoint” proteins named Chk1 and Chk2 are required for the suicide of fruit fly cells with a missing telomere.

They also found that a non-mutant cell lacking a telomere occasionally escapes suicide and divides. Then, its progeny accumulate defects, including the wrong number of chromosomes or chromosomes that have exchanged pieces with each other. Those defects are hallmarks of cancer cells.

One possible reason a cell avoids suicide even after telomere loss and other damage is that chromosomes in the cell’s offspring regain telomeres.

“All cancer cells have figured out how to add new telomeres, which allows them to survive and divide indefinitely,” says Titen. “By interfering with this process, it might be possible to provide a route therapeutically to treat cancer.”

A telomere is made of short sequences of DNA repeated hundreds of times. Proteins bind to the DNA, forming a cap or telomere that protects the end of the chromosome.

In humans, cells in certain tissues, such as the skin, continue to divide over a lifetime. Each time a cell divides, the telomeres become shorter until, in rare cases, the rest of the chromosome is no longer protected. It has been proposed that this can trigger cancer, but previous studies have been done only in yeast or cultured animal cells that are grown in a dish. The new Utah study shows in flies that telomere loss can cause cancer-like changes in a cell.

When Cell Suicide is Blocked, Cells Start on the Road to Cancer

Fruit flies often are used for chromosomal studies because they share 60 percent of their genes with humans, and it is unethical to cause genetic abnormalities in humans. Also, the process by which fly cells grow and divide are comparable with human cells.

To trigger telomere loss, the researchers inserted into the flies a gene from common baker’s yeast. The gene makes an enzyme that breaks and rejoins DNA. When they turned on the enzyme, it led to the loss of a single telomere in each affected fruit fly cell.

The researchers then looked at what happened to the cells that lost a telomere.

“When we looked to see what happens to cells [those lacking a telomere], we found that most died – which is good – because those that didn’t die accumulated abnormal chromosomes, which is characteristic of cancer cells,” Golic explains.

Next, they repeated the experiment using flies in which p53, Chk1 or Chk2 were mutated – thus crippling cells’ ability to commit suicide. The net effect of crippling the cell suicide genes and then damaging the chromosomes was to allow more damaged chromosomes to survive instead of committing suicide.

In a normal fly, when a telomere is lost, only 10 percent to 20 percent of cells with such damage survive, with the rest killing themselves. But in flies whose suicide genes were crippled, up to 75 percent of cells survived despite lacking a telomere.

“Cells containing chromosomes with broken ends turn on a signal and Chk2 gets activated, and then that activates p53 which eventually leads to cell death,” Golic says. “Chk1 also becomes activated and eventually activates p53.”

Titen adds: “Chk1 and Chk2 were not previously known to be involved in cell death due to loss of a telomere.

The researchers found that if a damaged cell avoids suicide due to p53, Chk1 or Chk2, there is another way it can kill itself and avoid starting down the road to cancer.

This occurs when the damaged cell divides, and its progeny have the wrong number of chromosomes. The resulting genetic imbalance can cause cell suicide. Thus, telomere loss also is linked to this alternative form of cell suicide. The study shows for the first time that this type of cell death – which doesn’t use p53 – is caused by gaining or losing copies of other important genes, Golic says.

Cells that bypass all of the protective suicide measures divide multiple times, accumulating more and more chromosomal abnormalities. In humans, such cells are likely to develop into cancer cells.

The study was funded by the National Institutes of Health.