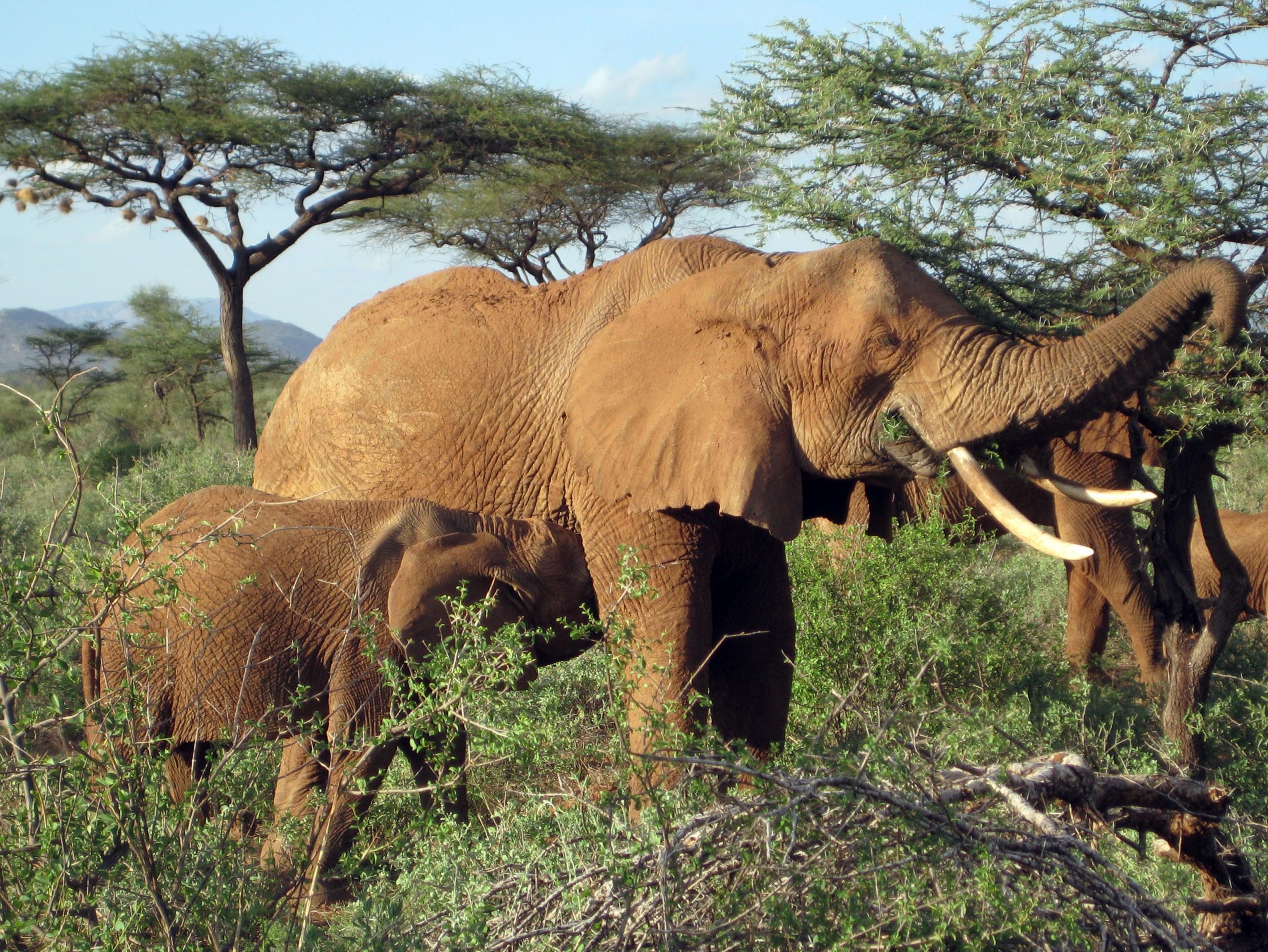 Embargoed by the journal Proceedings of the National Academy of Sciences

April 4, 2011 – Fossil teeth of African animals show that during the past 10 million years, different plant-eating critters began grazing on grass at different times as many switched from a salad-bar diet of tree leaves and shrubs, says a University of Utah study.

The first animals to hit the hay – technically warm-season grasses known as C4 plants – were zebras’ ancestors, starting 9.9 million years ago. Next, some but not all rhinos made the switch, beginning 9.6 million years ago. Grass-grazing spread 7.4 million years ago to the ancestors of elephants. Hippos began grazing on grass more slowly. And giraffes, with heads in the trees, never left the salad bar.

The study – by a Utah-led international team of researchers – was to be published online Monday, April 4 in the journal Proceedings of the National Academy of Sciences.

It constructed a 7-million-year record of dietary change – from 10 million to 3 million years ago – by analyzing carbon isotope ratios in 452 fossilized teeth from nine animal families living at three sites in Kenya also occupied by ape-like human ancestors.

“This record is the first to illustrate the dietary response among herbivore families to the appearance of warm-season grasses in East Africa” at least 10 million years ago, says the study’s first author, Kevin Uno, a doctoral student in geology at the University of Utah. “Grass is now the main food for many herbivores there.”

He adds: “The results paint a picture of differential dietary response to changes in climate and landscape from 10 million to 3 million years ago, a period that includes the appearance of hominids that eventually gave rise to humans.”

The findings “demonstrate that different animals respond differently to ecological change,” says geochemist Thure Cerling, the study’s senior author and a distinguished professor of geology and geophysics, and biology at the University of Utah.

“This has implications for the future of our planet as climate and ecology change as a result of human activities – not only climate change, but land-use change such as agriculture and desertification,” he adds. “And it is not always possible to predict how different parts of the ecosystem will respond to any of these changes.”

Uno and Cerling did the study with John Harris of the George C. Page Museum in Los Angeles; paleontologist Meave Leakey of Kenya’s Turkana Basin Institute based at Stony Brook University in New York; and Japanese scientists Yutaka Kunimatsu and Masato Nakatsukasa of Kyoto University, and Hideo Nakaya of Kagoshima University.

You are What You Eat: True 10 Million Years Ago

You are what you eat – and the same was true for African animals that lived millions of years ago. Their diets were recorded by carbon isotope ratios in the enamel of their now-fossilized teeth. The ratios reveal whether an animal ate plants that used so-called C3 or C4 photosynthesis to convert sunlight to energy.

C3 plants include trees, shrubs and cool-season grasses. Most C4 plants are warm-season grasses and sedges commonly found in the tropics. Today in East Africa, nearly all grasses are C4 grasses. And, for the record, modern hays often mix C3 and C4 plants.

Global or regional changes in climate have the potential to transform a forest into grassland or vice versa. When this happens over large areas, animals must change their diets or deal with the consequences, which in extreme cases might mean moving to a new habitat or eventually going extinct.

The diet record of East African herbivores from 10 million to 3 million years ago shows dramatic change occurred at different rates and times. The change was a shift from eating C3 plants