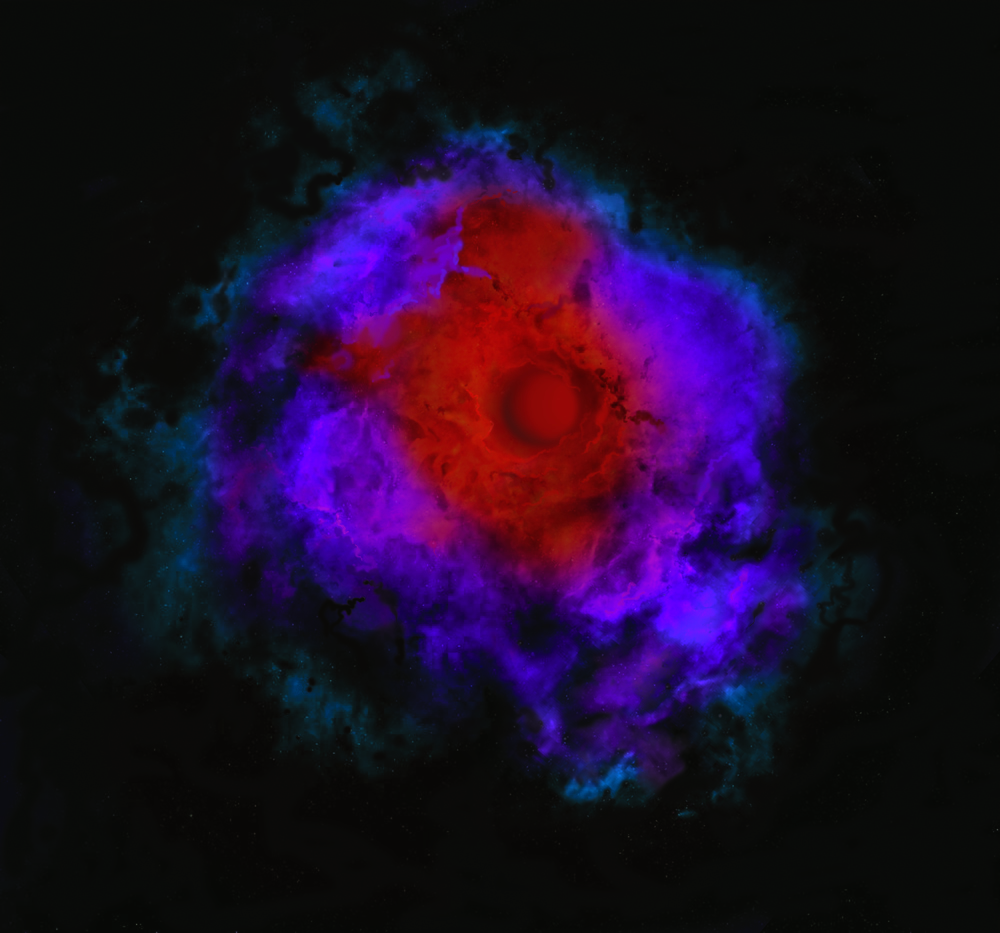 Dec. 3, 2007 – Perhaps the first stars in the newborn universe did not shine, but instead were invisible “dark stars” 400 to 200,000 times wider than the sun and powered by the annihilation of mysterious dark matter, a University of Utah study concludes.

The study – to be published next month in the journal Physical Review Letters – calculated how the birth of the first stars almost 13 billion years ago might have been influenced by the presence of dark matter – the unseen, yet-unidentified stuff that scientists believe makes up most matter in the universe.

The findings “drastically alter the current theoretical framework for the formation of the first stars,” says study author and astrophysicist Paolo Gondolo, associate professor of physics at the University of Utah.

It is conceivable that gigantic dark stars may exist today, and although they do not emit visible light, they could be detected because they should spew gamma rays, neutrinos and antimatter and be associated with clouds of cold, molecular hydrogen gas that normally wouldn’t harbor such energetic particles, he adds.

“Without detailed simulations, we cannot pinpoint the further evolution of dark stars,” Gondolo says. “They could last months. They could last 600 million years. Or they could last billions of years and still be around. We have to search for them.”

Gondolo says he wanted to call the new, theoretical kind of invisible star a “brown giant” – similar to the dim but smaller, Jupiter-sized stars known as “brown dwarfs.” But he says his co-authors insisted on calling them “dark stars,” after the song “Dark Star” first played in 1967 by the revered rock band The Grateful Dead.

Dark Matter, the Big Bang and the First Stars
Gondolo says some studies have considered the role of dark matter in the evolution of the early universe, but until now, not in the formation of the first stars.

Scientists know dark matter exists because galaxies rotate faster than can be explained by the visible matter within them. Also, observations by satellites, balloons and telescopes have led to the estimate that all the visible matter represents only 4 percent of the universe, which also is made of 23 percent dark matter and 73 percent “dark energy” – a yet-unknown force helping the universe expand, Gondolo says.

WIMPS – or weakly interacting massive particles – are among the main candidates for dark matter. Gondolo says “neutralinos” are a type of WIMP that must exist under particle physics theories that seek to explain the origin of mass in the universe.

Scientists generally believe that the universe came into being 13 billion years ago in a sudden expansion or “inflation” of time and space known as the “big bang.”

The afterglow of that explosion – cosmic microwave background radiation – developed small fluctuations in temperature that caused some of the earliest matter to begin clumping together, a process accelerated by gravity and that produced the first stars and galaxies. The matter was mostly dark matter but also included normal matter in the form of hydrogen and helium gas.

The conventional theory of how the first stars were born holds that as hydrogen and helium atoms clumped and swirled together in proto-stellar clouds, they began to cool, making the cloud shrink and become denser. The cooling and shrinking of the embryonic star continues until the fusion of hydrogen into helium begins, igniting the fusion engine that burns in our sun and other stars.

How ‘Twinkle, Twinkle Little Star’ Got Snuffed
For the new study, the astrophysicists calculated how dark matter would have affected the temperature and density of gas that clumped together to form the first stars.

The findings suggest that dark matter neutralinos interacted so they “annihilated” each other, producing subatomic particles called quarks and their antimatter counterparts, antiquarks. That generated heat. As a proto-stellar cloud of hydrogen and helium tried to cool and shrink, the dark matter would keep it hot and large, preventing fusion from igniting the star.

“The heating can counteract the cooling, and so the star stops contracting for a while, forming a dark star,” some 80 million to 100 million years after the big bang, says Gondolo. “This is our main result.”

Dark stars would contain mostly normal matter – mostly in the form of hydrogen molecules and helium – but they would be vastly larger and “fluffier” than the sun and other stars, he adds. They would have glowed infrared, which is heat.

“They are much bigger than the sun,” Gondolo says, with diameters ranging from about 4 astronomical units (372 million miles, or four times the average distance between the sun and Earth) to 2,000 astronomical units – big enough to swallow 15,000 solar systems like our own.

The quarks and antiquarks produced within the dark star would, in turn, generate descendant particles including gamma rays, neutrinos and antimatter such as positrons and antiprotons, Gondolo says.

“With your bare eyes, you can’t see a dark star. But the radiation would fry you.”

Another possibility is that dark stars lasted quite a while but eventually turned into conventional stars. Gondolo and colleagues, however, argue the gas cooling and dark matter heating within a dark star can remain in balance, allowing dark stars to survive, but that depends on certain assumptions about the mass of neutralinos.

“We don’t know how long they last, so we speculate. It depends very sensitively on the parameters of the model.”

The study was funded by the National Science Foundation, U.S. Department of Energy and the University of Michigan.