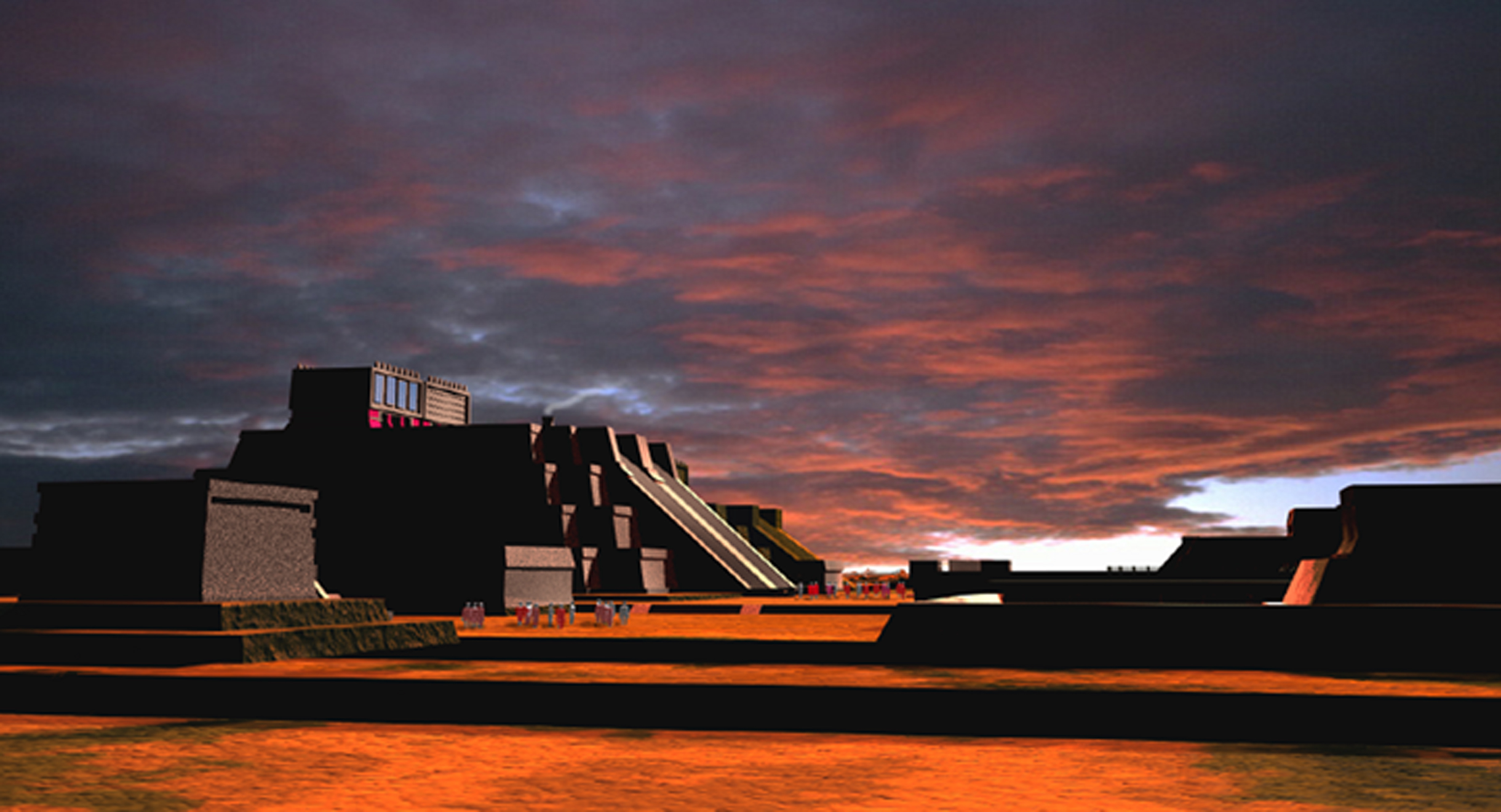 Sept. 22, 2009 – Anyone who has visited the ancient ruins of great civilizations can appreciate the difficulty of visualizing the buildings at their peak. Today’s visitor to the British Museum can see structures of the Aztecs, thanks to one professor’s research into the ancient architecture that served as the center stage of Aztec ceremonial life, combined with an ultra-modern electronic digital modeling process.

Antonio Serrato-Combe, professor of architecture at the University of Utah, has spent decades bringing the ancient structures of the Aztecs into focus. His work is now the basis for a new British Museum exhibition exploring the power and empire of the last elected Aztec Emperor, Moctezuma II. The exhibit, Moctezuma: Aztec Ruler, opens September 24 at the Round Reading Room, The British Museum, London WC1B 3DG, UK.

Moctezuma (reigned 1502-1520) was a ruler of semi-mythical status. He inherited and then consolidated Aztec control over a politically complex empire that by the early 16th century stretched from the shores of Pacific to the Gulf of Mexico. His major accomplishment was the construction of the Templo Mayor Precinct in Tenochtitlan, Mexico (modern day Mexico City). Destroyed by Hernando Cortes in 1521, the Templo Mayor was the epicenter for Aztec ceremonial life and served as the setting for colorful displays of highly energized rituals depicting the relationships between social groups and humans and their gods.

The question of what the Aztec Templo Mayor Precinct looked like has piqued the curiosity of many, including Serrato-Combe. For more than two decades, he has been trying to solve the mystery on how the capital of the Aztecs looked by using the technology and tools of architecture. His book, The Aztec Templo Mayor: A Visualization was published in 2002 by the University of Utah Press.

“The Aztec capital was a thriving metropolis planned and built according to principles that not only understood and applied critical environmental issues, but added holistic concepts as well,” explains Serrato-Combe. “The Aztecs did not compartmentalize the arts. The final result was a unique combination of architecture, sculpture, painting, costume, wall and sand painting, pottery, masks, amulets, all into one expression. I envy those individuals who had the opportunity to experience those environments.”

Combe’s research and visualizations are centered on historic and archaeological studies conducted on-site in Mexico City, in conjunction with extensive research on Mesoamerican Manuscripts at the National Library and Museo Nacional de Antropologia in Mexico City, Dumbarton Oaks, Harvard University, and Harold B. Lee Library, Brigham Young University among others. The research itself took more than two decades, due to the complexity and diverse nature of the historic and archeological record.

More involved than the research however, was the question of how to visualize the discoveries. A self-proclaimed computer geek, it was at the suggestion of a student that Combe combined his two passions of research and computer graphics into an illustrated book. He said, “One day, after one of my history classes here at the University of Utah, one of my students remarked, ‘since you know so much about pre-Columbian architecture and you also seem to be a computer geek, why don’t you combine both disciplines and come up with a book that uses digital tools to illustrate the past?” The rest is history.

Through his project, Combe has become the authority at the U on digital visualization techniques and now teaches architecture students the basics of an integral tool in architecture. “Digital tools in architecture are unique in that they provide a communication channel where a student does or proposes something and the computer responds,” he says. “The conversation between student and machine triggers a variety of actions that eventually make the academic experience more exciting and fruitful.”

The digital modeling process for the exhibit this month began by simulating structures based on historical accounts and current archaeological data including satellite imagery. Once a highly complex drawing-layer system was set, a solid model was constructed that determined the overall dimensions for the most important structures that archaeologists have been able to uncover to date. Some sections, including the base of the largest temple within the precinct, are still visible today.