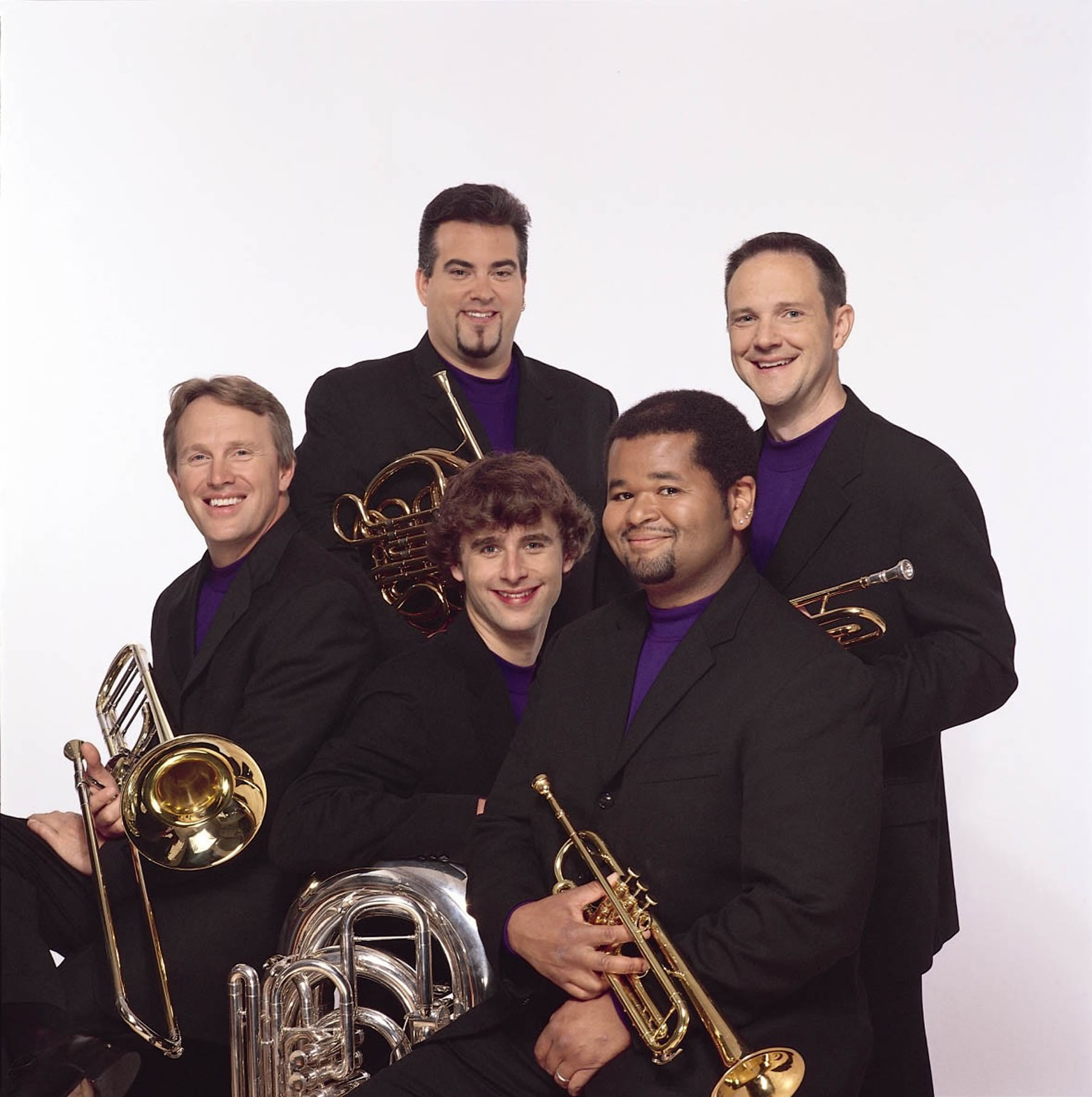 Their appearance Libby Gardner Hall will include an eclectic program ranging from Baroque to Jazz. Also, they will be accompanied by The University of Utah’s Associate Organ Professor Kenneth Udy in several classical works by Handel and Brahms.

The lively repartee of the Boston Brass, touched with humor and personality, bridges the vast ocean of classical formality to delight audiences to an evening of boisterous fun, exciting knowledge and an enthusiastic love of music, deftly exhibited by five brash brass players.

The ensemble’s latest release on the Loft Recordings label entitled “Out of This World”, features heroic music for brass and organ. Along with Seattle’s St. Mark’s Cathedral organist J. Melvin Butler, the band explores symphonic textures from all eras of music and even includes a commission from Hollywood composer Bruce Edward Miller entitled Pluto: The Last Planet.

Already in its fifth year, the Virtuoso Concert Series features the world’s most acclaimed and accomplished musical performers. In addition to sharing their music with Virtuoso audiences, all of this year’s artists will be working with University of Utah Students in master classes and clinics.

For tickets and information, contact the Kingsbury Hall Ticket Office at 581-7100.