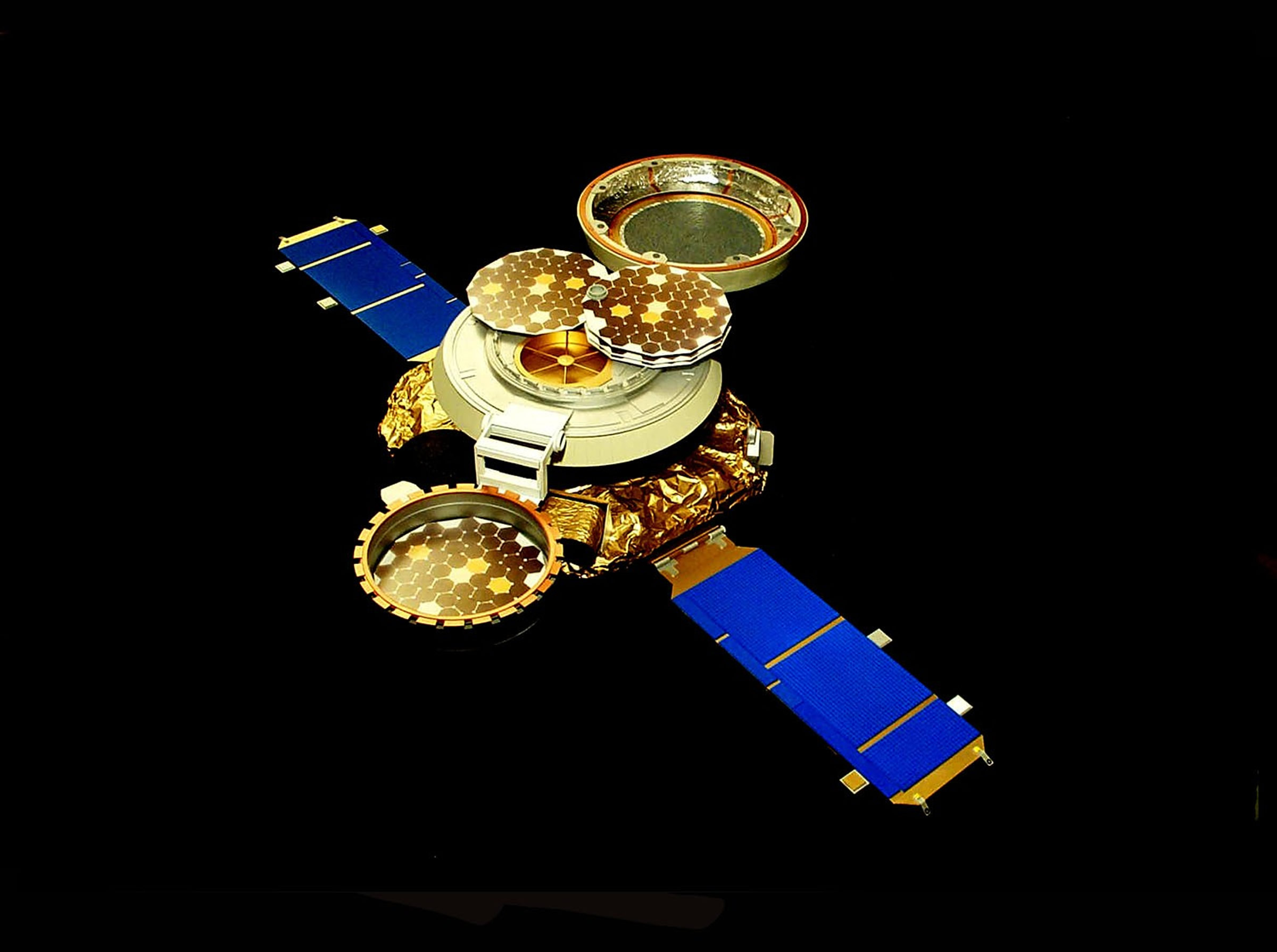 Aug. 23, 2004 — The University of Utah’s Kingsbury Hall will open its doors Weds. Sept. 8 so the public may watch a NASA closed-circuit broadcast of the Genesis space capsule’s return to Earth at the Utah Test and Training Range.

“For the people of Utah, this will be the focus for public viewing of the event,” said Don Sweetnam, Genesis project manager at NASA’s Jet Propulsion Laboratory in Pasadena, Calif. “It’s a great place to come see it.”

The university also is hosting two other Genesis-related events: a scientific seminar on Sept. 7 and an exhibit in the entry hall of the Olpin Union Building.

As the Genesis capsule parachutes toward Earth the morning of Sept. 8, two helicopters operated by moonlighting Hollywood stunt pilots will attempt to snag the capsule in mid-air so it does not hit the ground and damage its precious cargo of solar wind particles.

While the news media will be allowed onto the Air Force’s Utah Test and Training Range to witness the event, the only way for the public to watch will be via the National Aeronautics and Space Administration’s live television feed.

NASA’s TV programming will start at 9 a.m. MDT and the capsule is to be captured between about 10:15 a.m. and 10:30 a.m. MDT. The NASA broadcast will end by noon MDT, but Kingsbury Hall will remain open for a 1:30 p.m. MDT telecast of a live Genesis mission news conference.

Scientific Seminar and Genesis Exhibit at the U

Meanwhile, from 3 p.m. to 5 p.m. Tues. Sept. 7 – the day before the mid-air capture – Genesis scientists and managers will discuss “The Science and Engineering of NASA’s Genesis Mission: Why We Should Care About Exploring the Sun” in the Skaggs Biology Building auditorium.

An exhibit about Genesis, including a 1/20 scale model of the spacecraft, is on display through Sept. 10 in the Olpin Union’s entry hall. The exhibit also includes solar wind collection wafers like those used on Genesis.

Background on the Genesis Mission

Genesis was launched on its $260 million mission in August 2001 and spent almost 27 months outside of Earth’s magnetic field so it could catch particles in the solar wind that blows off the sun at roughly 1 million mph. It used ultra-pure wafers of gold, silicon, sapphire and diamond to capture the particles. Scientists want to analyze the particles because they will provide valuable data on the chemical makeup of the sun and on the origin of the solar system.

The two helicopters, each with a three-member crew, will hover below. The lead copter then will use an 18.5-foot-long pole with a hook on the end to snag the parafoil and the Genesis capsule. The second helicopter will be ready to make another attempt if the first fails. NASA expects the copters will have five chances to snare the capsule, which then will be carried to a clean room at Michael Army Airfield at the Army’s Dugway Proving Ground.

From there, the solar wind particles will be transferred to NASA’s Johnson Space Center in Houston.

Sweetnam said the mid-air capture will proceed even if weather is cloudy or rainy, except it could be postponed by solid cloud cover extending all the way to the ground.