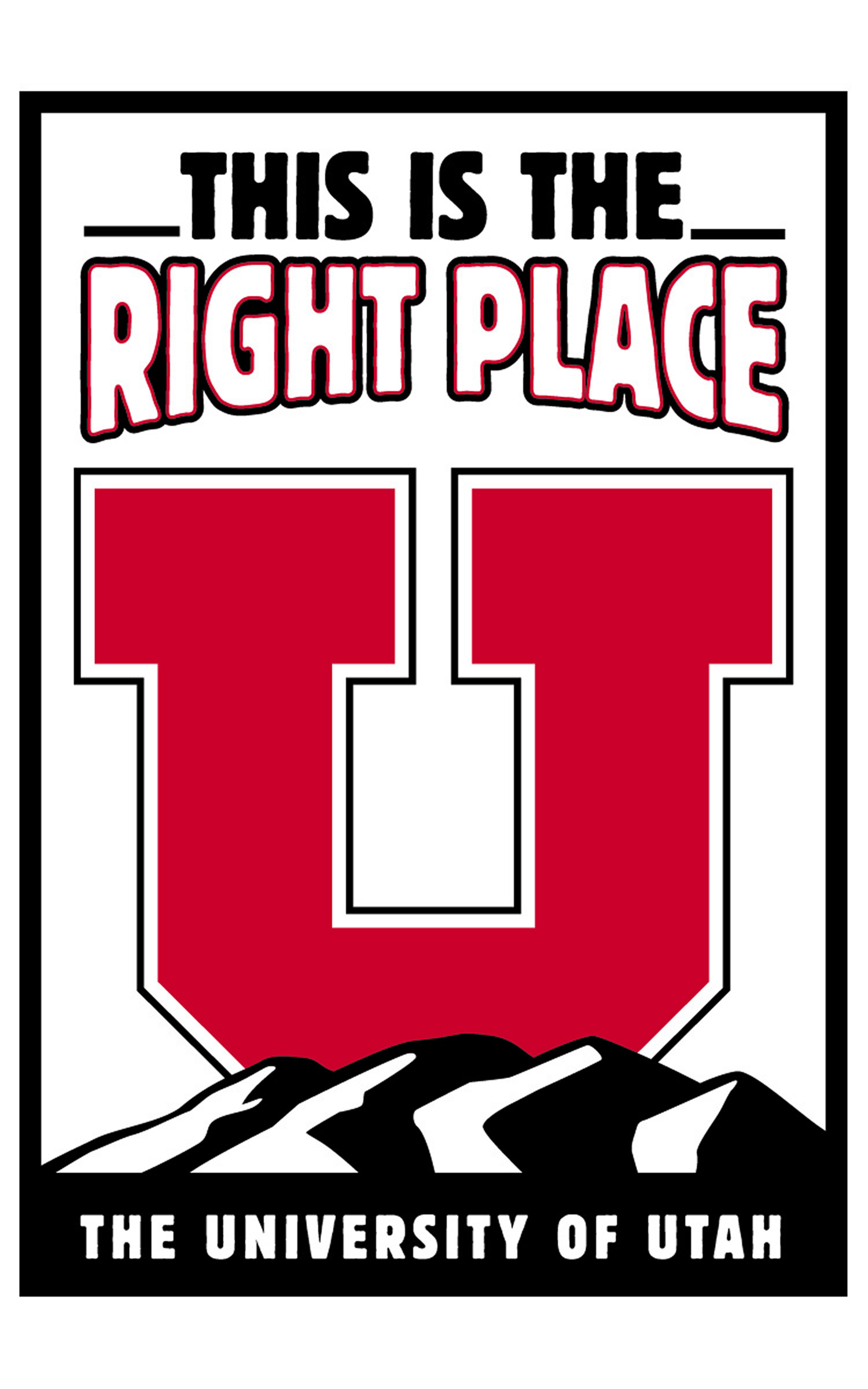 Nov. 7, 2005 – Ute fans will begin rooting for a victory against BYU this year a full week before the annual football game on November 19th. The five-day Rivalry Week celebration will kick-off on Monday, Nov. 14 when students, faculty, staff, players, and coaches take to the streets of Salt Lake City to “paint the town red.” Groups will gather at 11 a.m. atop the parking terrace of Smith’s Marketplace at 455 S. 500 E. to pick up cans of red paint. They will paint slogans in red encouraging the Ute football team to crush the Cougars on the football field the following Saturday (See below for a full schedule of events).

The theme for Rivalry Week this year will be “This is the Right Place.” T-shirts and posters with the slogan have been created for distribution to students, faculty, and staff. The posters are free and the shirts will be sold at cost at various locations.

An exciting part of Rivalry Week for students will be the “Hunt the Cougar” contest. Students have the chance to win half-tuition for one year if they are declared the winner. In Thursday’s edition of the Utah Daily Chronicle there will be an advertisement that lists 24 clues to 24 locations on campus. At each location, “hunters” will find a large letter posted. Cougar hunters will record the letters on their game form (also available in Thursday’s Chronicle) and then decipher the location of the cougar by unjumbling the 24 letters. Whoever finds the cougar’s hiding place first will receive half-tuition for one year courtesy of Student Affairs.

The week long celebration will culminate with a pep rally on campus beginning at 9:30 p.m. at the Olpin Union building the night before the big game. The pep rally will be a part of the regularly scheduled student-organized dance and party known as Crimson Nights. Performances are scheduled by the Ute Marching Band, cheerleaders, and Swoop. At 10:05 p.m., the University Army ROTC will commence the annual running of the game ball to LaVell Edwards Stadium in Provo, the site of this year’s game.

In addition to the scheduled events, Chartwells, the on-campus food provider, will be promoting a number of food specialties during rivalry week such as the “Mighty Ute Burger.”

An important part of Rivalry Week is the annual Utah vs. BYU Food Drive contest. Posters will be placed around town with an image of a “cream of cougar” soup can and the phrase “’tis the season to can the cougars.” Anyone can participate and help out those less fortunate by donating cans of food or cash at participating area locations. Below is a list of the different ways Utah fans can beat the Cougars in the fight against hunger:

For more information, call the Alumni Association at 801-581-6995 or go online to www.alumni.utah.edu.