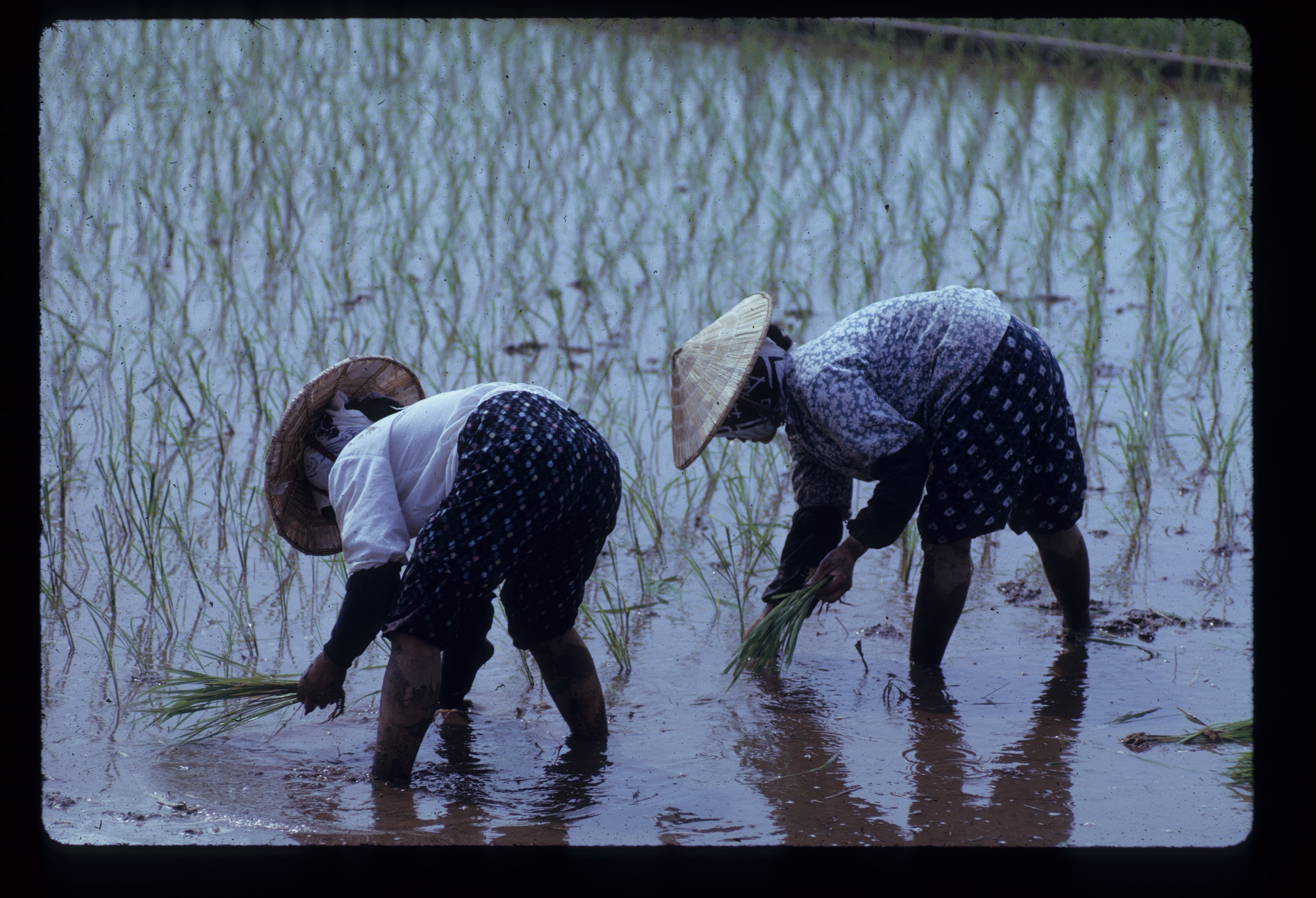 May 8, 2014 – The recently released film, “The Monuments Men,” illustrates how art experts working for the U.S. military helped reclaim looted art in Europe after World War II. In a similar fashion, a man named Lennox Tierney— who eventually came to the University of Utah’s College of Fine Arts as associate dean— worked to save pieces of Japan’s artistic and cultural heritage post WWII.

An exhibition of that work, “Picturing the Past: Exploring Past Images of Japan with Professor Lennox Tierney,” opens at the J. Willard Marriott Library on May 15 and the public is invited to the opening reception for the exhibition.

In 1947 Lennox Tierney went to work as the Arts and Monuments Commissioner for General Douglas MacArthur during the Allied Forces’ occupation of Japan. As an advisor to MacArthur, Tierney was particularly focused on the restoration of damaged cultural sites. He also photographed cultural sites, wrote reports and served as translator when needed. Tierney spent six years locating and documenting the condition of castles, monuments, mansions, bridges, temples, gardens, sculptures and other edifices after the war and its destruction. What resulted from Tierney’s work in Japan is an outstanding collection totaling more than 250,000 photographic slides and films.

Tierney’s immersion in the country of Japan rendered him one of a handful of Americans possessing a deep expertise on Japanese art and culture. After many years teaching art history in southern California and traveling the world, Tierney came to Salt Lake City in the early 1970s to serve as associate dean in the U’s College of Fine Arts and to teach courses on the art history of Asia with an emphasis on Japan. Additionally Tierney served as curator of Asian art at the Mingei International Museum and curator of Japanese art at the Utah Museum of Fine Arts. One of his greatest accomplishments was founding the Pacific Asia Museum in Pasadena, Calif.

Upon his retirement, Tierney began donating his slides, films and lectures to the U’s Marriott Library. Staff of the Katherine W. Dumke Fine Arts and Architecture Library within the Marriott Library have digitized more than 11,000 slides and have conducted over 55 hours of oral histories with Professor Tierney. This Web page offers links to Tierney’s digital slide collection, films from his work in Japan in the 1940s, oral histories and streamed lectures from his teaching days at the U: http://bit.ly/1fq8tr4.

In 2007 the Japanese government awarded the Order of the Rising Sun, Gold Rays with Neck Ribbon to Tierney for documenting Japan during the 1940s (and beyond) with his photographs and recordings. His passion for learning about other cultures has taken him to nearly every country in the world. Professor Tierney celebrated his 100th birthday in January.

What: Opening reception for exhibition “Picturing the Past: Exploring Past Images of Japan with Professor Lennox Tierney”

Where: The University of Utah’s J. Willard Marriott Library, level 1, near the grand staircase

Directions to the library: Park in the visitor lot west of the library, near the bookstore http://www.lib.utah.edu/info/directions.php