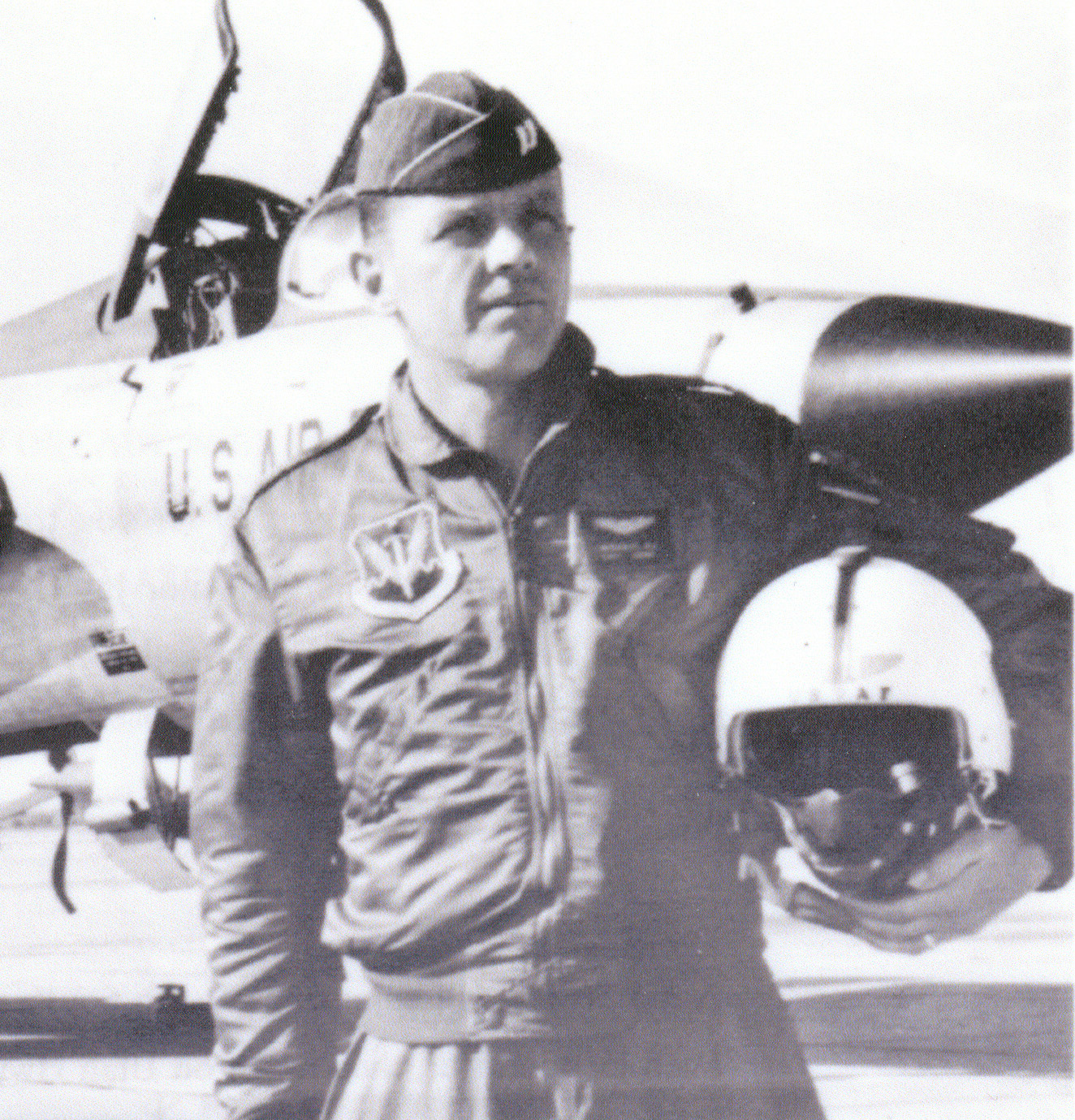 November 2, 2009 — When Air Force Pilot Jay Hess was shot down over the Chinese-North Vietnam border 42 years ago, he was taken to the infamous “Hanoi Hilton” prison and never imagined he could survive the horrible starvation and torture at the hands of his captors. Determination and the hope of one day returning to his wife and five kids back home in Utah helped pulled him through. On Wednesday, Nov. 11 at 11:00 a.m. in the Olpin Union Ballroom, Hess and ten other Utah veterans will be honored at the University of Utah’s annual Veterans Day Commemoration. They will be awarded medallions in a full-dress military ceremony prior to being hailed with a cannon salute.

Special events and celebrations are held each year around campus throughout the day of November 11 to honor the service men and women who have protected our country. All activities that day are free and open to the public, including the medallion ceremony, a morning panel discussion with military and civilian experts, and a 1940’s big band performance by the Phoenix Swing Band.

The honorees are selected from nominations submitted by friends and family. Because of their advancing years and the enormous contribution made to the country, the University Veterans Day committee chose 9 of the 11 honorees this year from those who served during World War II. Two others, including Hess, are decorated veterans of Vietnam. One honoree, Robert Shaffer, served in both World War II and Korea.

Preceding the medallion ceremony, a morning panel entitled “After the Battlefield” will be held in the Olpin Union Theatre. Four panelists will discuss the present and future of military medicine. Panelists include Brigadier General Jeff Burton, assistant adjutant general for the Army of the Utah National Guard; Dr. Steve Allen, Salt Lake VA Medical Center staff psychologist and coordinator of the Post Traumatic Stress Disorder Clinical Team; Dr. Roy Bloebaum, professor of orthopedic research and senior researcher at the VA Hospital and co-director of the VA Bone and Joint Research Lab; and Professor Greg Clark, associate professor of bioengineering at the University of Utah. The panel will be moderated by Dr. David Rudd, chair of the University of Utah’s College of Social and Behavioral Science.

Following the ceremony at 12:30 p.m. in the Ballroom of the Olpin Union Building there will be a special reception and light buffet honoring U of U student veterans and a performance by the Phoenix Swing Band. The public is invited to enjoy the sounds of the big band era with these local retired musicians, many of whom are veterans themselves. Later that night at 7:00 p.m., the 54th Annual Veterans Day Concert will be held at the Jon M. Huntsman Center. The Utah National Guard 23rd Army Band will perform an array of instrumental songs and melodies. A chorus of hundreds of students from nearby high schools also performs with the band. The concert is always free and open to the public.

Born and raised in Ogden, Utah, Delbert volunteered as a glider pilot, one of the most hazardous jobs in the military. He took to the air in a fully loaded CG-4A Waco glider as part of Operation Market Garden, the largest airborne armada in history. Delbert lived in foxholes for 10 days while fighting alongside the infantrymen. During the next several months, Delbert made numerous flights into France, Belgium, and the Netherlands to deliver infantrymen and supplies.

After graduating from Utah’s South High School in 1944, Keith was assigned to the aircraft carrier USS Saratoga. On February 21, 1945 the Saratoga came under bomber and kamikaze attack. The resulting fires spread to the hangar deck, which was directly above the fire room where Keith worked to keep the Saratoga moving. Despite the overhead inferno that was melting planes and the fire from the room next to him, Keith and his crew remained at their stations and fueled the ship. When asked about his service, Keith simply says, “I am proud to have served on the best ship in the Navy and proud to be an American.”

Jay was commissioned as a Second Lieutenant in the United States Air Force in 1955. On August 24, 1967, near the Chinese-North Vietnam border, Jay was again flying to help recover downed pilots. After being shot down, he was captured first by Chinese, and then handed over to the North Vietnamese. Jay was taken to the infamous “Hanoi Hilton” POW prison. Enduring horrible starvation and torture along with his fellow Americans, he was held captive for 2,028 days. Released finally on March, 14, 1973, Jay says he “came back as a born-again American.”

A graduate of the University of Utah, Paul joined the Army in January, 1941. The following year, he and his men landed at Algiers, North Africa and captured an airfield. They fought with only small arms because the wrong ammo had been shipped and didn’t fit into the breaches of their cannons. A few months later, Paul’s unit was embroiled in the famed Battle of Kasserine Pass and shot down five Stuka dive-bombers that strafed their position. On July 10, 1943, his unit took part in the invasion of Sicily. On D-Day, June 6, 1944 Paul landed in the second wave of invaders on Utah Beach. He forced his way inland to the French town of St. Mere Eglise. During the hedgerow fighting, he again found himself exposed to fire from enemy tanks and artillery.

In January 1945, Donald arrived in LeHarve, France. A few months later he was assigned as Platoon Leader with the 8th Armored Division. Heavy action was just ahead for the unit. Donald’s company ran into strong enemy resistance at Dorsten Germany. Backed by heavy artillery, sometimes firing 100 rounds per minute, they were able to take the town. During a later battle near Una, Germany, Company A was receiving heavy fire. Donald was able to direct British artillery fire to clear the way for the attack. His last combat action took place also near Una in 1945. Donald’s platoon was held down by heavy machine-gun fire coming from an enemy bunker. He and his sergeant circled the bunker and captured eight soldiers. As his sergeant took the enemy to the rear of the bunker, Donald realized there was still a machine gun crew inside.Using his best command voice, he ordered the first and second squads to advance even though neither unit was present. The bluff worked and the three remaining Germans surrendered.

Assigned as a tail-gunner in a B-17 bomber flying out of Foggia, Italy, Kenneth flew 57 missions for a total of 276 combat flying hours. During those long hours in the air, he lived through harrowing, death-defying moments. Flying out of Italy, over the Alps, and then up into Austria and Germany, his bomber group flew some of the longest missions of the war in Europe. On one particular raid they were hit by flak that peppered the bomber from nose to tail. All the control cables except those leading to auto-pilot were severed. The B-17 never flew again, which is not surprising since Kenneth counted over 300 bullet holes on the right side alone.

Francis Dee joined the Naval ROTC at the University of Utah, and graduated in 1955. He first saw combat when deployed as a pilot on board the aircraft carrier USS Coral Sea in 1966. He flew 229 combat missions over Southeast Asia in an A4E Skyhawk fighter bomber. During a night attack Francis Dee saw two surface-to-air missiles fired at him. They exploded under his plane. He and his wingman had the dubious honor of being the first to be shot at by surface to air missiles, or SAMs. The wingman’s plane exploded and the shrapnel hit the underside of Francis Dee’s Skyhawk. He jettisoned his remaining payload and headed back to the carrier, somehow landing safely. The next morning Francis Dee learned that his wingman, Lt. Donald Brown, had been killed.

After a long training in Hawaii, Milo’s unit, “C” Company, 130 Infantry Regiment, 33rd Infantry Division, steamed across the South Pacific as part of the Philippine invasion force. The fighting through the jungles and mountains was intense and bloody. Milo ended up in a hospital for two months recovering from shrapnel wounds all over his body. The day after he returned to his unit, they jumped into three months of intense mountain and jungle fighting that only ended with the Japanese surrender at Luzon in June, 1945. Milo’s company was awarded a Presidential Unit Citation for outstanding performance of duty and superb courage during armed conflict with the enemy in their efforts to seize Hill X in the Bilbil Mountain Province in the Philippines.

Robert was aboard the USS Hornet when it launched the historic Jimmy Doolittle bombers for the raid on Tokyo in the early part of World War II, a mission approved by President Franklin D. Roosevelt himself. He was also at the epic Battle of Midway. Upon being promoted to Major, Robert was assigned to the light cruiser USS Montpelier as a Marine Detachment Commander. The ship, with Robert in charge of the main anti-aircraft battery, fought at the battle of Rennel Island and supported the raid on the Kula Gulf. They then proceeded to the brutal battles of Guadalcanal, the Solomon Islands, and the Marianas. At the outbreak of the Korean War, Robert volunteered to go to Korea and was sent to command the 4th Artillery Battalion of the 11th Marine Regiment.

Allen’s military story began in 1943, when he and Tom Kerr, both young men from Utah, were drafted into the Army. They soon became best friends and Allen has requested this University of Utah recognition highlight the service of the two of them. In July 1944, they found themselves at a camp near the ancient Roman Appian Way. Lying just over the hill was a cave that would haunt them for the rest of their lives. That year, Allen and Tom noticed a distinct odor coming from two holes in the ground. Their discovery of the Ardeantine Cave solved the mystery of missing Italians who had been hauled off in trucks by the Germans in an apparent act of revenge. Earlier that month, 50 Germans had been killed by a bomb, and rumor had it that Hitler ordered 10 Italians, primarily Italian Jews, to be killed for every German soldier killed. Though they made three parachute drops during the war and fought in several key battles, the massacre at the Ardeantine Cave lingers with Allen to this day. The Holocaust Memorial Museum plans to preserve his original handwritten story as part of its documentation of the killings.

Allen and Tom remained friends and neighbors for 65 years. Tom passed away in February 2009.

Ralph joined the Army early in 1941. His unit was sent to relieve the battered Marines on Guadalcanal. They landed on the beach and encountered the decimated First Marine Division. Ralph spent the next 21 days charging up hills against a formidable Japanese enemy. He witnessed his comrades killed or wounded by enemy soldiers from hidden positions or from snipers tied to trees. Ralph said, “Each day it was either them or us as neither side was taking prisoners.”

For high resolution photos of the honorees and additional information on them and all Veterans Day events visit: www.veteransday.utah.edu.