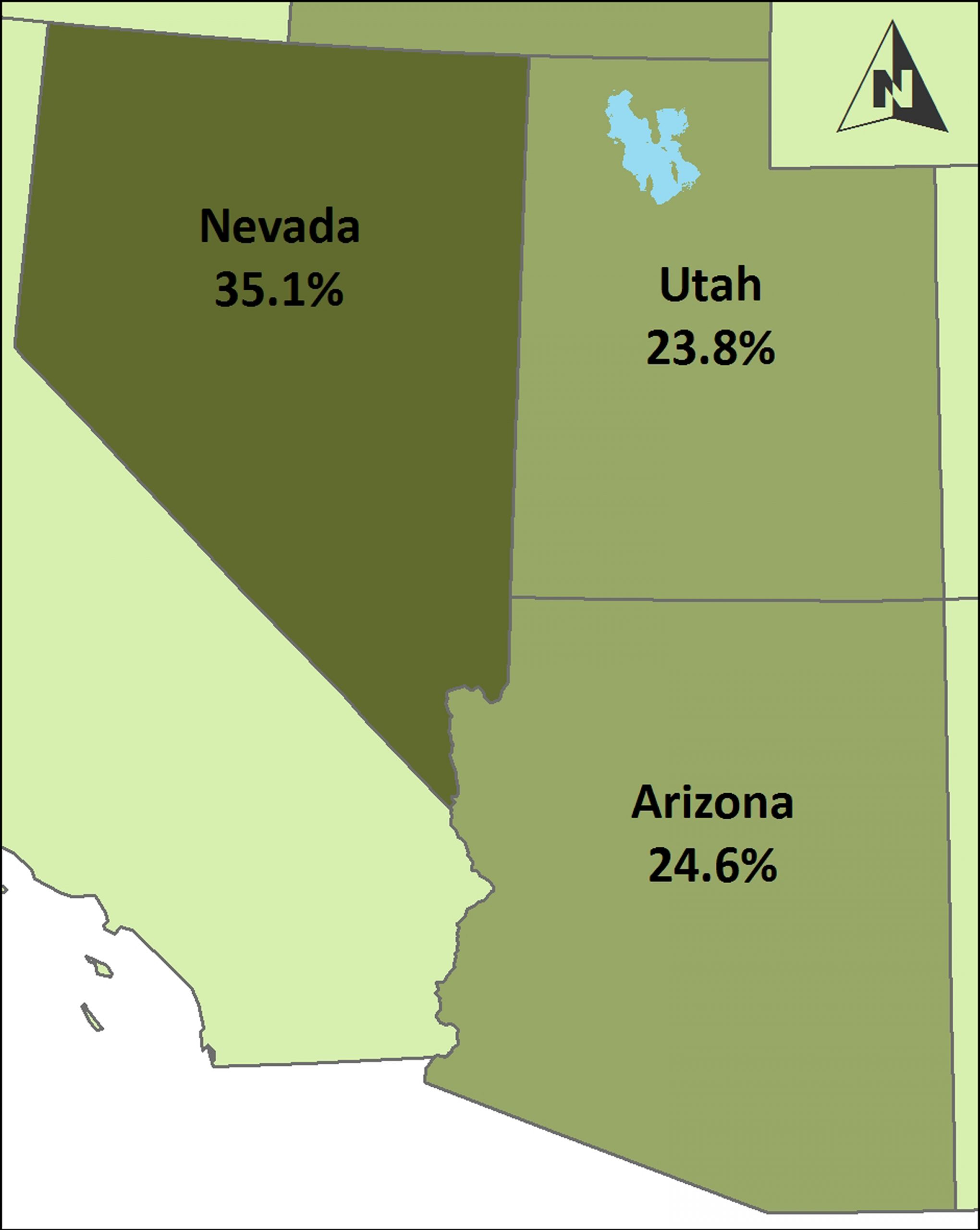 November 1, 2011—While much of the nation is trying to figure out how to recover from an economic downturn–and at the same time work into the equation that workers are fleeing their states–Utah, Nevada and Arizona have the opposite population trend to consider. In fact, these three states are in a new growth corridor, according to a study of census data by the Bureau of Economic and Business Research (BEBR), an applied research center in the David Eccles School of Business at the University of Utah.

“The numbers point to the development of a new western corridor for population growth that runs up and down the west side of the Rocky Mountains,” says Pam Perlich, BEBR senior research economist. “The reasons for this increase in this three-state region are many, but the result is a population shift that regional and state planners, politicians and public service providers must now consider when making plans for job creation, education, housing, transportation and even water use.”

In Utah, the natural increase of births minus deaths contributed 381,181, or 72 percent, of the increase, while net in-migration or gross in-migration minus gross out-migration contributed the other 149,535 or 28 percent. Total population growth was 20,397 greater than the increase of the 1990s, but the rate of growth has decelerated somewhat. Even so, Utah’s third place ranking in population growth rate has major ramifications.

The relative numeric growth was enough to qualify Utah for another seat in Congress. The ten year growth rate from 2000 to 2010 continues the trend that prevailed for most of the 20th century: population growth in the West and South outpaced that of the Northeast and Midwest.

Urban areas in the West are getting larger, with Salt Lake County surpassing 1 million, reaching 1.03 million people and contributing one-fourth of the state’s population increase from 2000 to 2010. Even so, all counties in Utah gained population over the decade, which has not always been the case.

With a combined population of 11.4 million in 2010, Arizona and Colorado are home to half (51.8 percent) of the 22.1 million residents of the Intermountain Region. Along with the rest of the nation, the region is becoming more ethnically and racially diverse, with much of this diversity resulting from recent immigrants and their children. In the 2010 Census, over one-third of the nation’s population is classified as minority, while Utah’s share reached one-fifth.

Utah retains many of its signature demographics, but its connections to the outside world and its status as a net in-migration state mean that it will continue to trend toward the nation. For example, Utah still has the youngest median age among all states, but the median age is increasing, as it is nationally. Similarly, the minority share of the Utah population is lower than that of the nation, but also increasing.

For a look at the complete study, visit: http://www.bebr.utah.edu