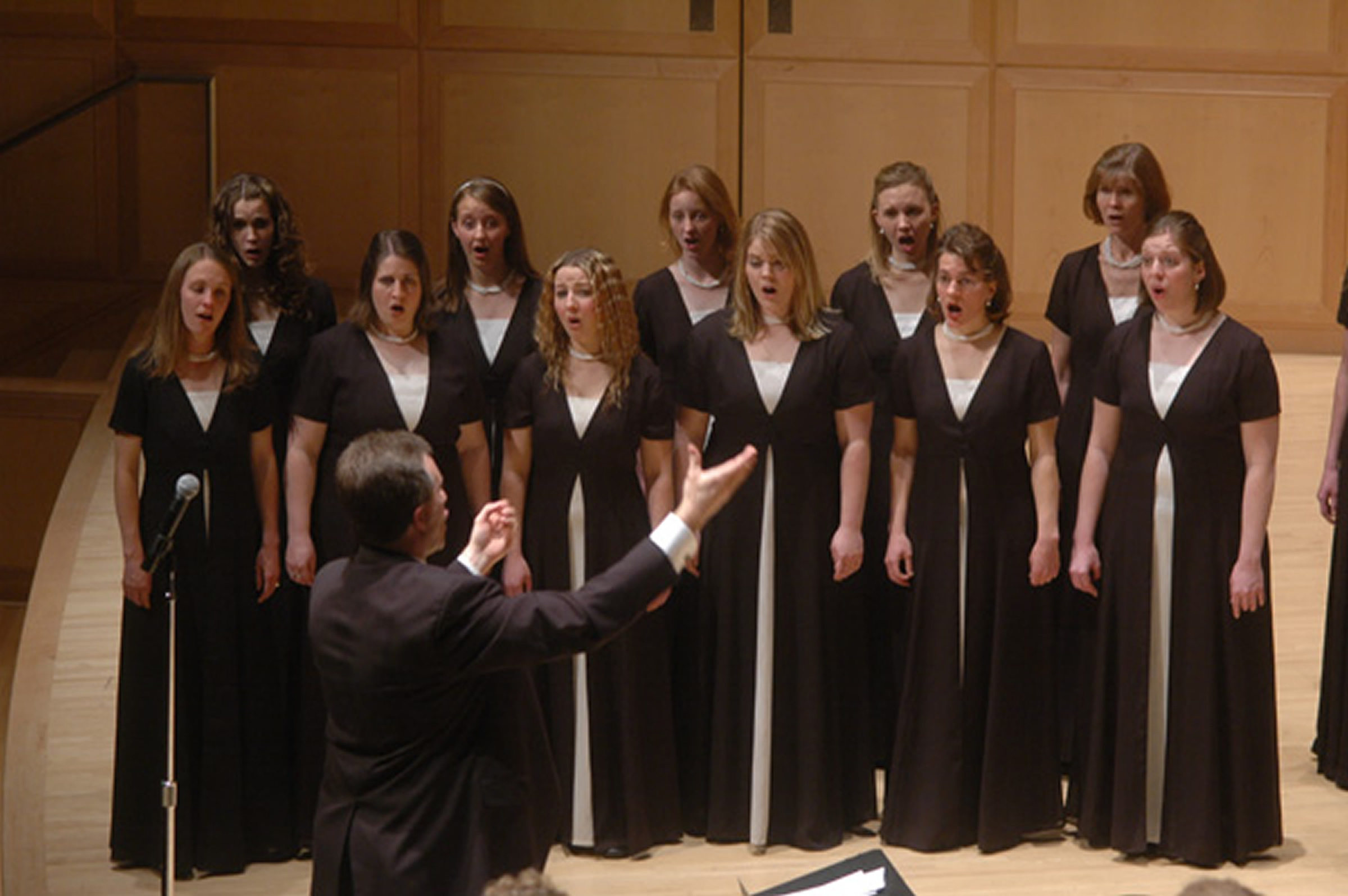 June 10, 2005 — The University of Utah Singers, a mixed choir made up of 46 University students, recently brought home six awards-including the grand prize-from the Florilege Vocal de Tour International Choir Competition, held in Tours, France, on May 14 and 15. The competition included 18 choirs from 12 nations. The event was part of a month-long European tour for the U students.

The choral ensemble, conducted by Brady Allred, memorized a repertoire of nearly 40 pieces-“a program that could be adjusted to where we were singing,” Allred says. “We needed an extensive repertoire because some of the festivals wanted American folk music and some churches required that we sing only sacred music.”

The University Singers competed in three categories: Mixed Choir Program, Free Program and Renaissance, making it to the final rounds in each. The choir also won the Ronsard Prize (the best performance of a Renaissance piece, based on a poem by Ronsard), the À Coeur Joie International Prize for best French diction and the Oeuvre de Creation Prize for the finest newly composed piece. The University Singers commissioned New York composer William Hawley to write “Flos ut rosa Floruit” for double choir. In addition, the choir received second place in the Mixed Choir division. (No first prize was awarded.) A seven-member international jury, judged the competition. The choir was awarded $5,000 in prize money.

In a letter written to Allred following the competition, Michel LUSSAULT, the president of Université Francois-Rabelais Tours, noted, “For the first time this year our university was offering a prize for the new [Renaissance] category and we are truly delighted that several choirs, including your own, chose to enter this competition and made this program a success.”

Says U student Lillian Severinsen: “In my mind, the competition in Tours, France, proves that Dr. Allred is a genius. We won because of his sheer talent, brilliant programming and determined coaching.”

About half of the University Singers are music majors. “The others come from a variety of disciplines, but all are musical and have to pass the audition to get in,” says Allred, now in his second year as conductor. “Last fall we had only 15 returning choir members, so we build up a new group every year and they learn at a very rigorous pace.

While in Munich the University Singers recorded a third CD, which will be released in August.

“The competition was a real highlight of the trip. When the announcer reported the winners, it was all in French. Many of the students didn’t know what he was saying. The only words they understood were ‘Salt Lake City,’ and he kept announcing our name over and over again,” Allred says, adding that after the University Singers won the grand prize, the U students hoisted him up on their shoulders and paraded him around the city. “I felt like a football coach!” he says.

The University Singers spent their final week touring Italy and sang in Padova, Dolo, Palaia, Montova and the Duomo in Florence and St. Mark’s in Venice.

Because of its winning status, the University Singers choir is automatically entered into the European Grand Prix for Choral Singing in 2006, which will be held in Tolosa, Spain.