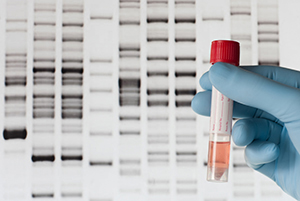 April 22, 2014 – A computational tool developed at the University of Utah (U of U) has successfully identified diseases with unknown gene mutations in three separate cases, U of U researchers and their colleagues report in a new study in The American Journal of Human Genetics. The software, Phevor (Phenotype Driven Variant Ontological Re-ranking tool), identifies undiagnosed illnesses and unknown gene mutations by analyzing the exomes, or areas of DNA where proteins that code for genes are made, in individual patients and small families.

Sequencing the genomes of individuals or small families often produces false predictions of mutations that cause diseases. But the study, conducted through the new USTAR Center for Genetic Discovery at the U of U, shows that Phevor’s unique approach allows it to identify disease-causing genes more precisely than other computational tools.

Mark Yandell, Ph.D, professor of human genetics, led the research. He was joined by co-authors Martin Reese, Ph.D., of Omicia Inc., an Oakland, Calif., genome interpretation software company, Stephen L. Guthery, M.D., professor of pediatrics who saw two of the cases in clinic, a colleague at the MD Anderson Cancer Center in Houston, and other U of U researchers. Marc V. Singleton, a doctoral student in Yandell’s lab, is the first author.

Phevor represents a major advance in personalized health care, according to Lynn B. Jorde, Ph.D., U of U professor and chair of human genetics and also a co-author on the study. As the cost of genome sequencing continues to drop, Jorde expects it to become part of standardized health care within a few years, making diagnostic tools such as Phevor more readily available to clinicians.

“With Phevor, just having the DNA sequence will enable clinicians to identify rare and undiagnosed diseases and disease-causing mutations,” Jorde said. “In some cases, they’ll be able to make the diagnosis in their own offices.”

Phevor works by using algorithms that combine the probabilities of gene mutations being involved in a disease with databases of phenotypes, or the physical manifestation of a disease, and information on gene functions. By combining those factors, Phevor identifies an undiagnosed disease or the most likely candidate gene mutation for causing a disease. It is particularly useful when clinicians want to identify an illness or gene mutation involving a single patient or the patient and two or three other family members, which is the most common clinical situation for undiagnosed diseases.

Yandell, the lead developer of the software, describes Phevor as the application of mathematics to biology. “Phevor is a way to try to get the most out of a child’s genome to identify diseases or find disease-causing gene mutations,” Yandell said.

The published research cites the case of a 6-month-old infant who was ill with what appeared to be a liver problem, but the child’s health care providers couldn’t diagnose exactly what was wrong. Phevor solved the mystery by identifying the disease and finding an unknown gene mutation that caused it. In two other cases, Phevor identified unknown gene mutations related to an immunodeficiency disease and autoimmunity disorder in the same way – by sifting through sequenced parts of the genomes of the two young patients and two or three family members.

In one case, Yandell and colleagues used Phevor and another computational tool, VAAST (Variant Annotation, Analysis, Search Tool), to look for the likely mutation in an immunodeficiency syndrome found in three of four members in a family. Blood was taken from each family member, plus an unrelated person who showed the same symptoms as the mother and two children in the family, for DNA sequencing.

VAAST, also developed in Yandell’s laboratory, identified a number of mutations that might have caused the syndrome, but couldn’t identify an individual candidate as the causative gene. But using the results from VAAST, in combination with Phevor, the Yandell and colleagues identified the one gene that most likely caused the syndrome. Follow-up studies confirmed Phevor’s prediction results.

In a similar case with a 12-year-old whose exome was sequenced without any family data, Phevor built on the analysis of VAAST to identify a gene mutation causing the illness, another autoimmune syndrome. In this case, Phevor needed the exome from only the patient to identify the syndrome.

The study appeared in the April 3, 2014, edition of the AJHG online.