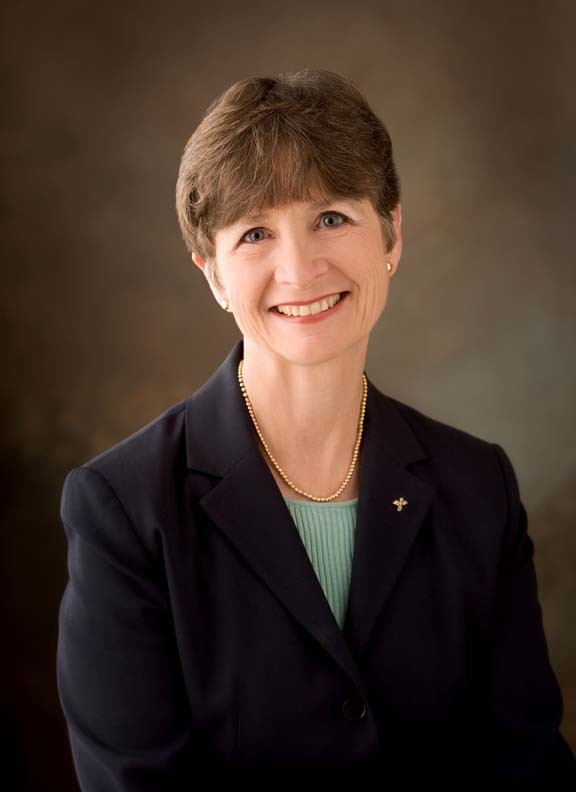 November 10, 2009–The University of Utah Alumni Association will celebrate Founders Day, which commemorates the founding of the University of Utah in 1850, at a banquet on Wednesday, February 24, at the Little America Hotel in downtown Salt Lake City. Honoring individuals who have distinguished themselves professionally and personally, the event will acknowledge alumni Larry D. Gluth, M. Elizabeth Hale Hammond, Fred Lampropoulos, and Robert Alan McDonald for their outstanding achievements. Also recognized as an Honorary Alumna will be Marta Sutton Weeks-Wulf.

“We are very proud to recognize these alumni and supporters of the University who have made major contributions to their professions and the campus,” says Alumni Association Executive Director John Ashton. “They are all remarkable individuals, having given outstanding service to the community, as well as supporting the University in its mission, and we look forward to honoring them in February.”

Larry D. Gluth BS’83 is an advocate for Hurricane Katrina survivors and the Gulf Coast community. Gluth began his career at Starbucks and eventually led the company’s food services division as vice president. After taking a year’s sabbatical to assist Habitat for Humanity’s work in the Gulf Coast following the devastation of Hurricane Katrina, Gluth realized his passion was to serve others. He relocated with his wife, Gailynn, and young son, Connor, to Atlanta, where he is now the vice president of the U.S. and Canada area office for Habitat Humanity International.

M. Elizabeth Hale Hammond BS’64 is an expert in cardiac-transplantation pathology and predictive cancer-factor evaluation. An internationally known researcher, educator, and author, Hammond has published three books, 15 book chapters, and 165 papers in peer-reviewed medical journals. She is currently a pathologist at Intermountain Health Care and a professor of pathology and adjunct professor in internal medicine at the University of Utah School of Medicine. Hammond has received national recognition and numerous awards for her work, including Pathologist of the Year, the highest honor the College of American Pathologists can bestow.

Fred Lampropoulos ex’70 is a leader in the medical device industry. After serving as the chairman and chief executive of Utah Medical, Lampropoulos founded Merit Medical Systems, Inc. in 1987, where he currently serves as chairman and CEO. He holds almost 200 patents on devices used in the diagnostic and therapeutic treatment of cardiovascular disease. He is also deeply involved in his community and serves on many boards. For his outstanding achievements, he has received numerous awards, including the Governor’s Medal for Science and Technology and honorary doctoral degrees from Westminster College and Salt Lake Community College.

Robert Alan McDonald MBA’78, the president and CEO of Procter & Gamble, leads the global company with more than 30 years of brand-building, market development, and operations experience. Under McDonald’s leadership, P&G now employs 138,000 people working in more than 80 countries worldwide, providing products and services to consumers in more than 180 countries. He is also the recipient of the Leadership Excellence Award from the U.S. Naval Academy and Harvard Business Review. He shares his business acumen by advising Duke University, West Point, Northwestern University, St. Petersburg State University in Russia, and the University of Utah.

Marta Sutton Weeks-Wulf is an Episcopal priest, civic leader, and philanthropist who was instrumental in the construction of the College of Mines and Earth Sciences’ Fredrick Albert Sutton Building, named in honor of her father, a noted field geologist. As a college student, Marta worked in Caracas, Venezuela, teaching English during the summers, and eventually received a baccalaureate degree in political science from Stanford University. At age 62, she graduated from the Episcopal Seminary in Austin, Texas, with a master’s degree in theology. She was ordained an Episcopal priest in 1992.