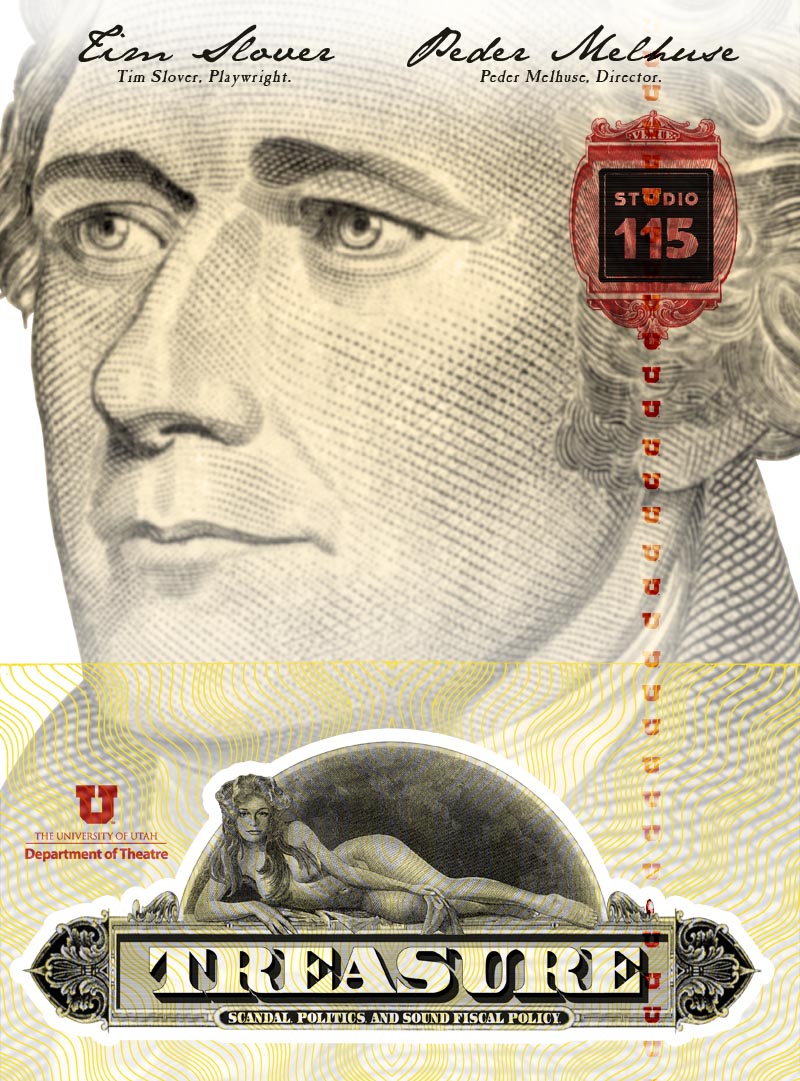 Apr. 11, 2008 – The University of Utah’s Department of Theatre will produce faculty playwright Tim Slover’s award-winning historical drama, Treasure, April 17-20. The play was awarded the 2006 Christopher Brian Wolk Award for Excellence in Playwriting, a unanimous selection from among 700 entries. In connection with winning the award, Treasure was given a staged reading at the Off-Broadway Abingdon Theatre. Treasure also won the Fulton Opera House’s award for Best Play of 2004.

The play received its world premiere in 2004 as a commission of the Fulton Opera House in Lancaster, Pennsylvania. It dramatizes the tense and explosive political events which swirled around a sex scandal involving the nation’s first secretary of the treasury, Alexander Hamilton. “Playwright Tim Slover, in his wonderful new play, Treasure, makes these…details very human and intriguing,” stated a review in Lancaster New Era.

“It’s really the past in the present tense,” Slover notes. “Hamilton was taking the nation in an entirely new direction, and the old guard resented it. They couldn’t defeat his ideas, so they did everything they could to destroy him personally.”

Performances are Thursday through Saturday, April 17 through 20 at 7:30 p.m. and matinees at 2 p.m. on Saturday and Sunday, April 19 and 20 in the Studio 115 Theatre in the Performing Arts Building, just west of the Campus Bookstore. Tickets are $9 general admission, $5 students and are available through Kingsbury Hall ticket office, 801 581-7100, http://www.kingsbury.utah.edu/ (click on “Performances”).