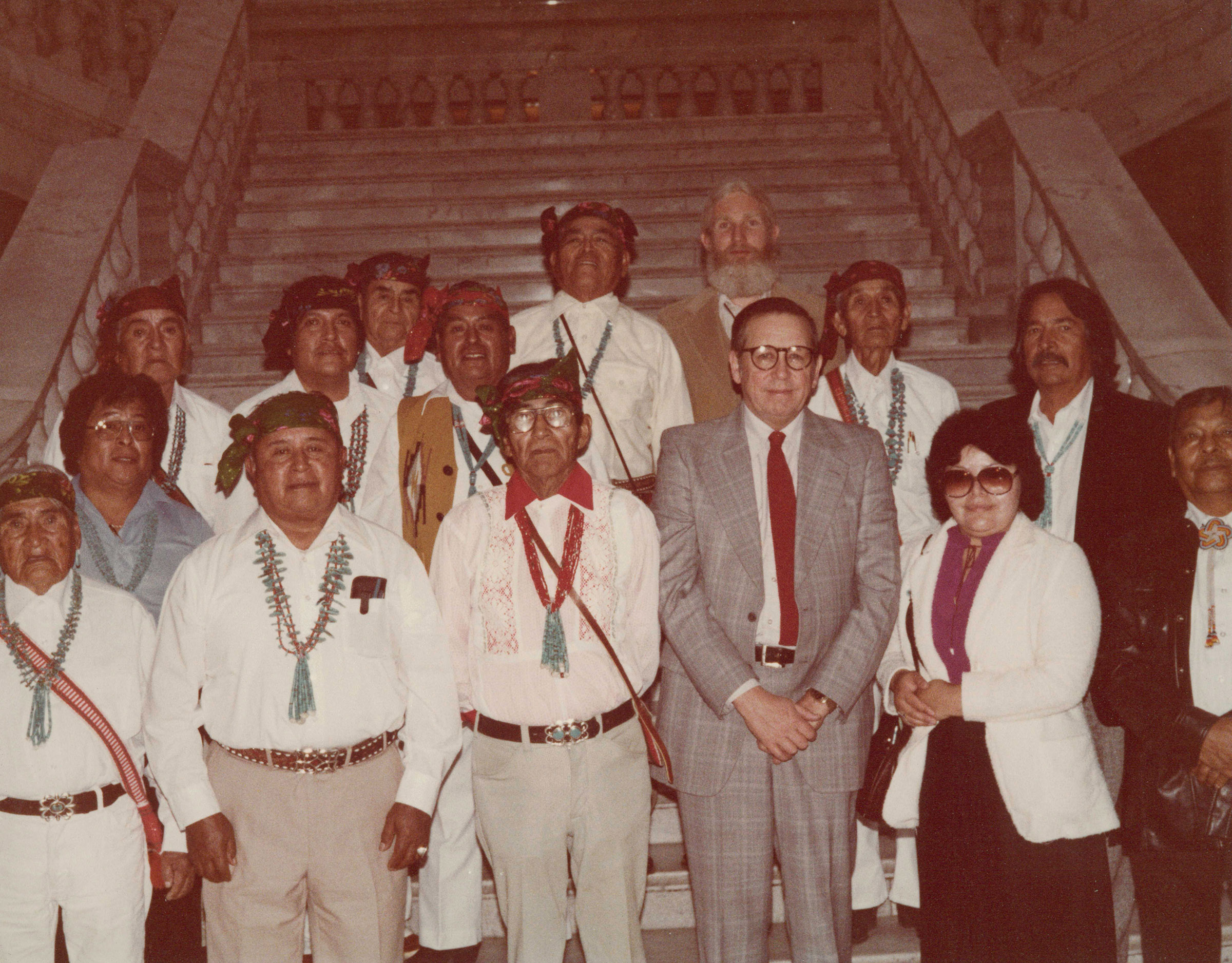 September 10, 2014 —The University of Utah celebrates 50 years of serving Western communities and preserving the region’s history through oral histories, documentary archives, historical and policy analyses, textbooks and a statewide curriculum. As the oldest regional studies center in the West, the American West Center has helped advance an understanding of the region’s past and cultures.

“Regional studies illustrate both the unique aspects of a place as well as the different ways national and global changes are felt in communities,” said Gregory Smoak, director of the center and associate professor of history. “The community engaged collaborative work done at the center also illustrates the university’s commitment to its residents and diverse communities. Knowledge created and applied in collaboration with community partners can sustain and empower communities as well as inform public decision making.”

Over the past 50 years, the center has collected and archived over 7,000 oral histories, many from Native Americans, Japanese Americans and Utah’s Latino and Latina residents, created an extensive digital archive of documents pertaining to Utah’s Native peoples and provided educational support to American Indian tribes and school districts.

As one of the most important undertakings to come out of the center, the Utah Indian Curriculum Project developed and produced teaching guides and lesson plans about the history, culture and current issues of Utah’s American Indian tribes for children in the fourth, seventh and 11th grades.

“Perhaps more than any other group in American society, Native peoples are burdened by stereotypes and misinformation about their histories,” added Smoak. “The project is intended to give the state’s teachers the tools to address that problem. The lesson plans illustrate the diversity of Utah’s original inhabitants and emphasize not only their impact on its history but the fact that they are living nations with a say in its future.”

To celebrate the 50th anniversary, the center will hold a symposium, Sept. 19-21 at the University of Utah exploring the past, present and future of public engagement in the American West. Richard White, professor of American history at Stanford University and a Pulitzer Prize-nominated historian will be the keynote speaker.

The symposium sessions are free and open to the public. A limited number of tickets are available for related special events. Visit the American West Center for more information.

Richard White is a Pulitzer Prize-nominated historian specializing in the history of the American West, environmental history and Native American history. He is the Margaret Byrne Professor of American History at Stanford University, a faculty co-director of the Bill Lane Center for the American West and the former president of the Organization of American Historians. He received a MacArthur fellowship was awarded a Mellon Distinguished Professor grant in 2007.