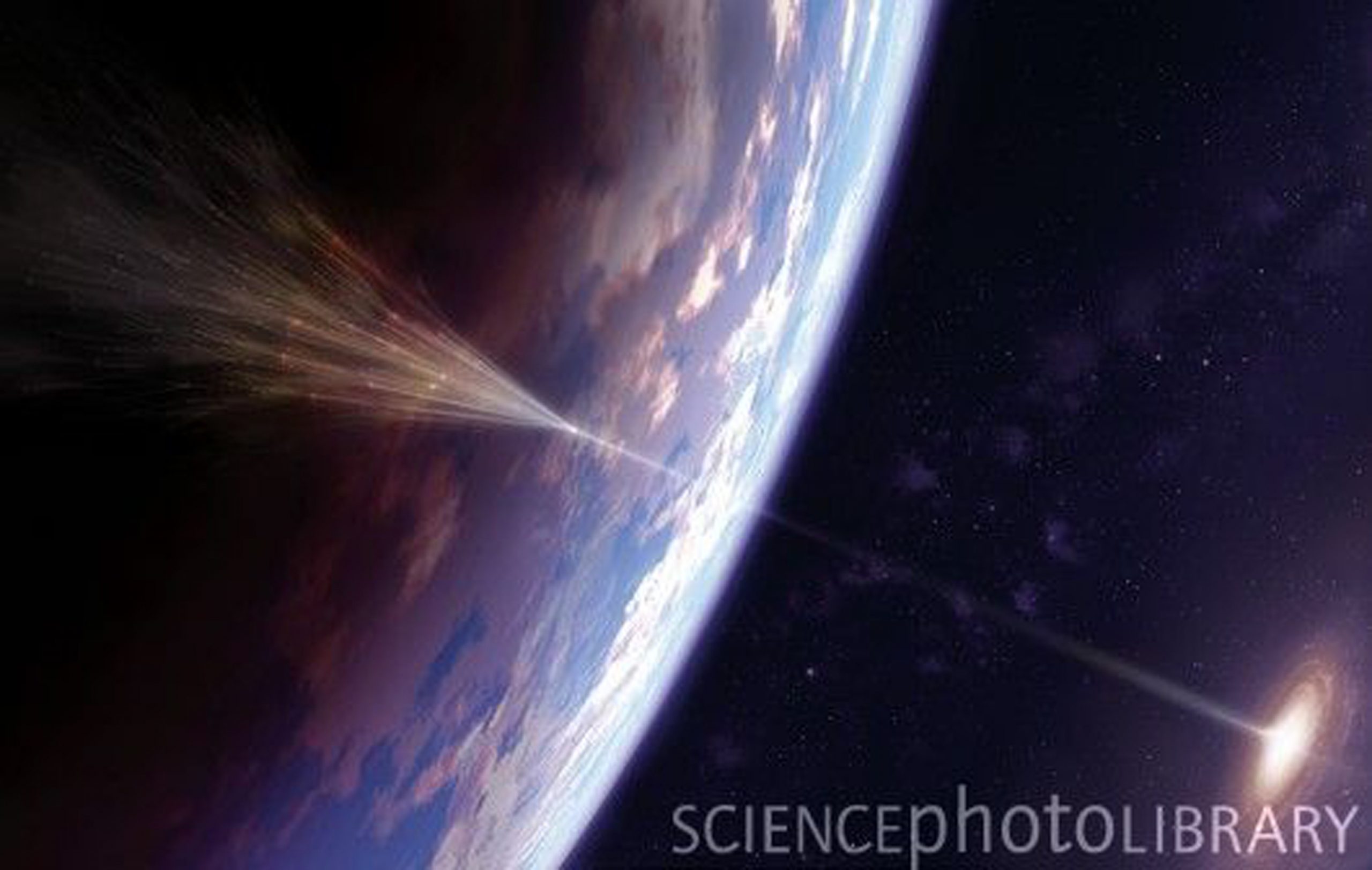 Sept 19, 2012 – The University of Utah today announced that the W.M. Keck Foundation awarded $1 million to university researchers to study high-energy cosmic rays in Utah’s western deserts that are hurtling their way toward Earth. These rays — 10 trillion times more energetic than particles emitted in a nuclear explosion — originate from violent cosmic events deep within the universe.

The Keck grant will assist a team of researchers in developing a new tool for understanding how the universe evolved. Employing a technique known as “Bistatic Radar,” researchers will attempt to use analog television transmitters and high-speed digital receivers to observe the range, direction and strength of high-energy particles in order to track these rays back to their point of origin. Bistatic Radar will be much less expensive than traditional cosmic ray detection techniques, which employ surface radiation detectors covering thousands of square kilometers of the Earth’s surface and cost tens of millions of dollars.

The new facility created under the auspices of this grant will be known as The W.M. Keck Radar Observatory. The Keck Radar Observatory will be located in Millard County Utah, where it will initially be co-located with Utah’s Telescope Array, currently the largest “conventional” cosmic ray observatory in the Northern Hemisphere. This will enable comparison of the Keck Observatory’s findings with those of a conventional observatory on an event-by-event basis and allow for the evaluation of radar scattering models.

“We are at the frontier in our understanding of the origin of the universe’s most energetic particles,” said John Belz, radar project director and research associate professor of physics and astronomy at the University of Utah. “These particles are hundreds of thousands of times more energetic than particles emitted from supernova explosions. Our main goal is to understand the origins of these rare cosmic rays, in order to gain a better understanding of some of the most violent processes shaping the universe.”

In 1912, Victor Hess discovered cosmic rays, which since have been determined to be subatomic particles and radiation of extra-terrestrial origin. In 1991, the University of Utah’s Fly’s Eye Cosmic Ray Detector in Utah’s Dugway Proving Ground recorded the highest energy elementary particle ever observed. This particle was believed to be a proton traveling close to the speed of light and initiated a search for cosmic origins that continues to this day. High-energy cosmic particles are rare. A square mile of the Earth’s surface might be impacted by one of these particles roughly once a century.

About the W.M. Keck Foundation

Based in Los Angeles, the W. M. Keck Foundation was established in 1954 by the late W. M. Keck, founder of the Superior Oil Company.  The Foundation’s grant making is focused primarily on pioneering efforts in the areas of medical research, science and engineering and undergraduate education.  The Foundation also maintains a Southern California Grant Program that provides support for the Los Angeles community, with a special emphasis on children and youth.  For more information, please visit www. wmkeck.org.

About the University of Utah