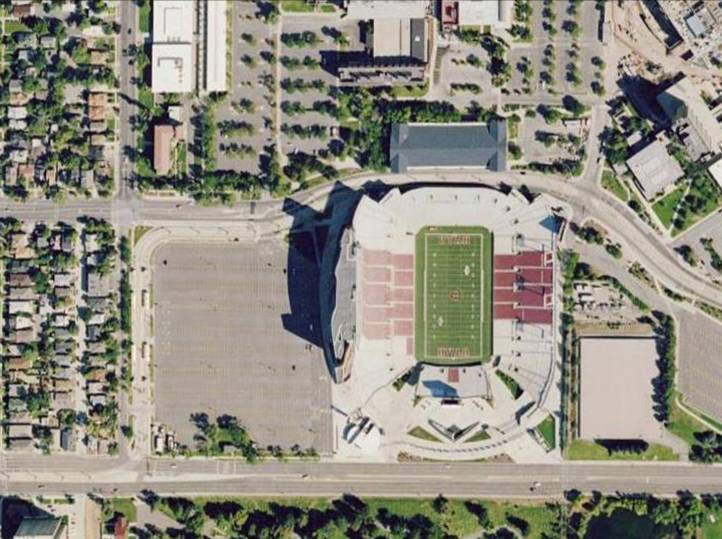 January 22, 2009 -The University of Utah and its designated developer for the Universe Project, Inland American Communities, in light of the innovative nature of the project and location on campus, are commencing a 90-day outreach process to gather input from the community about the proposed development. Community workshops will be conducted by GSBS (a local Salt Lake architectural firm) as a part of the Inland American Communities team. The goal of the workshops is to open dialogue with the community and interested parties about the Universe Project.

Michael G. Perez, associate vice president for facilities at the University of Utah says, “We are thrilled to have Inland American Communities as our partner, not only because of the depth of their similar and successful projects across the country, but also because of the interest and understanding they possess in acquiring broad input from the various interested parties, including the university and neighboring communities. This project will provide the university and Salt Lake City with an energizing hub at the edge of campus allowing us to continue efforts for the promotion of sustainable practices by implementing a transit-oriented development.”

The project site is located at a 7.9-acre surface parking lot west of the university’s Rice-Eccles Stadium, adjacent to the existing UTA TRAX light rail station. The Universe Project is envisioned as a vibrant campus center that will contribute positively to the surrounding community while creating a new and exciting portal into the University of Utah campus and a gateway south and west to Salt Lake City. Proposed uses include university related offices, student, faculty and staff housing over retail shops and restaurants, and structured parking. A neighborhood grocery store is also planned as part of the project.

Ross Robb, managing director of the Universe Project for Inland American Communities says, “We are interested and excited to hear what university and neighborhood stakeholders think about the project and we are eager, when possible, to incorporate new ideas into the plans and concepts we have already brought forward. This project typifies a 21st century, transit oriented, on-campus environment that we believe will become a focal point of great activity and pride for the community and a dynamic center for other universities to model.”

The Universe Project Community Workshops will be at the following dates at noted locations:

Mayor Becker has formed an Advisory Task Force to provide input to the university regarding the Universe Project. The Task Force is made up of community representatives, local business owners and members of the Planning Commission and the Historic Landmark Commission.

The upcoming meetings for the Advisory Task Force will be held at the Rice-Eccles Stadium Tower (Room 645) as follows:

Questions from the public regarding this project should be directed to: Deborah Alto, staff architect & project manager, campus design and construction at CDC@fm.utah.edu.

Inland American Communities Group, Inc. is a development, acquisition and management organization dedicated to the creation of authentic communities in urban-infill and university markets across the United States. The company is headquartered in Dallas, Texas, with additional corporate offices in Atlanta, Georgia and Tempe, Arizona. For more information about Inland American Communities, go to www.inlandac.com.